Falco was Austrian but we wont hold that against him...

can this one be included in the Zapfenstreich -list, ja?


Well, there's Americans going German, and there's Germans going American. We have a quite diverse scene of Western clubs and self-styled Indians which I guess can be mostly explained by Karl May. Then there's German Country, which ranges from the veterans of Truck Stop via the hair-raising entry for the 2006 Eurovision Song Contest by Texas Lightning to The BossHoss, who make rather good Country-tinged Rock. Then there were Mayor's Destiny which seem to have been a one-hit wonder; I liked them.

...and then there's Helge Schneider. Germany's answer to Aki Kaurismäki. 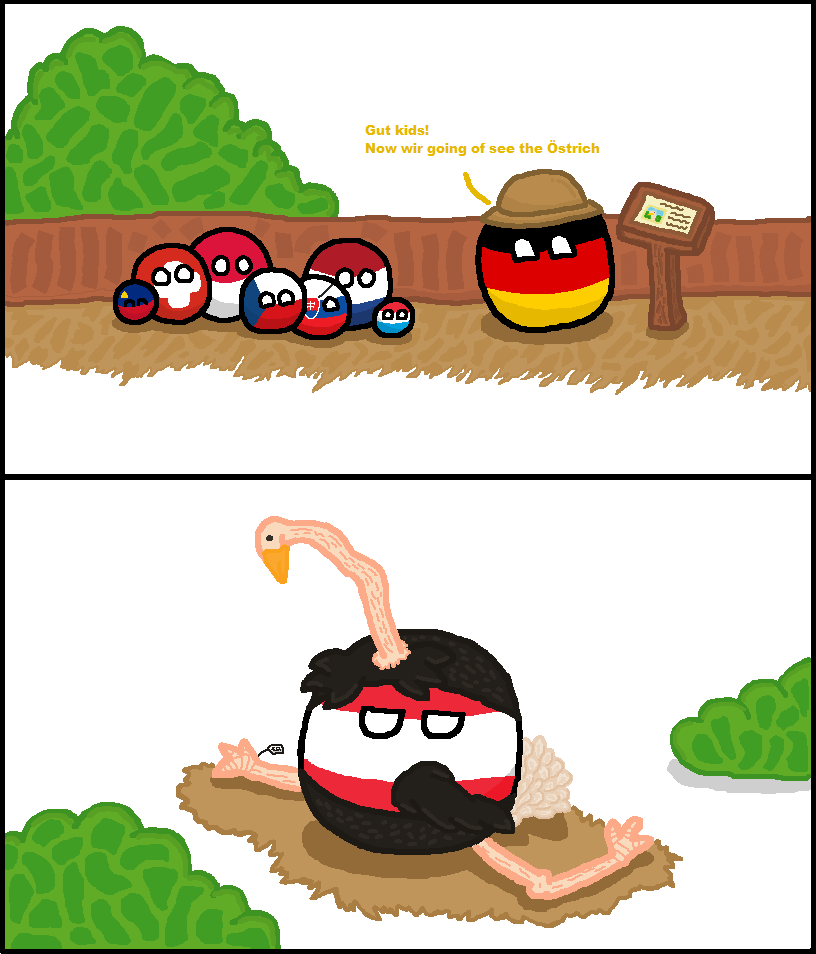 My German professor would always tell students that Austria on a map was just an ostrich laying down after it was shot.

As difficult as it is to forgive Germany for the Hasselhoff thing, lets give them credit for Doro;

On that note, the German interpretation of Woodstock is to hold the world's biggest annual Heavy Metal festival in the sleepy Schleswig-Holstein village of Wacken. With, you guess it, Bundeswehr support.

I saw the live coverage of Sabaton's gig at the recent event, which is worth watching on so many levels ...

German Hip-Hop is another ... special case.

The veteran Fantastischen Vier spelling out the German penchant for acronyms:

Seeed are crossing a lot into Reggae.

Damn, everything is scarier in German...

Here comes those same old tunes for the new era.

Up to 1,000 protesters have clashed with police in eastern Germany in riots reportedly sparked by the arrival of 250 migrants.

Police said protesters shouting "foreigners out" and carrying banners against the "asylum flood" threw bottles and stones at busloads of asylum seekers arriving in Heidenau, near Dresden.

At least 31 officers were hurt in violent scuffles as police used tear gas to disperse crowds.

Come on, be fair... Germoni has been nothing but welcoming to kebab, for decades.

Damn, everything is scarier in German...

It makes me have an overwhelming desire to either rob a convenience store or shut down a Polish radio station.

Come on, be fair... Germoni has been nothing but welcoming to kebab, for decades.

That was then, this is now. Stick with the Current Truth.

Germany has quietly stopped enforcing European Union rules under which Syrians fleeing the civil war face deportation, it has emerged, as thousands of migrants continued to pour through the Balkans towards Western Europe on Monday.

The move came as Chancellor Angela Merkel and her counterpart Francois Hollande called for an overhaul of the EU’s asylum system, following emergency talks on the migrant crisis in Berlin.

So does this mean the Euros are going to stop wagging their finger at Americans with their problems with illegals? Or is it "different" because it is happening to them?

So does this mean the Euros are going to stop wagging their finger at Americans with their problems with illegals?

There are plenty of finger-waggers in America too, it seems to me. It doesn't seem to be a matter on which continent you are, just what your position towards immigration is.

Also, the folks wagging the finger at the US over immigration are the same ones wagging theirs on Europe over the same issue. Though they seem to have become a little quieter now that projected refugee numbers for Germany alone this year are approaching a full percent of the resident population, compared to ca. 0.1 percent for the US (800,000/81 million vs. 300,000/320 million). Or maybe they're just getting drowned out by the crisis reports, but it's telling that the Red-Green-governed states are not really argueing against conservative demands anymore to cease their practice of winter deportation stops for West Balkan asylum seekers which still account for 40 percent of the total but are almost never recognized as entitled to protection from persecution.

Then again, I just saw some acid-tuned reporting of the fact that the US has declared itself ready to take a grand total of 10,000 Syrian refugees this year and next, so maybe the waggers are resorting to a "why can't the Americans take as many as us" stance now that the downtrodden masses are washing up outside their picturesque rural homes and refurbished inner-city apartments. Admittedly, with the multiple crises around I'm starting to feel like in "The Coming Days" recently myself.