Ive no idea why, but this kind of reminds me of a Delorean sales video.....

An Easter Egg in the F14 DCS allows the RIO to play Asteroids.

Improve your BFM, commentary by a former F/A-18C pilot.

I had an interesting debate on the F14 thread on the DCS forum. It seems some people cant dogfight now that it doesnt vibrate like an electric toothbrush. Go figure.

Thanks for that, have you ever seen this one, it might come in quite useful for the Falcon when it arrives next week.

The book is pretty interesting too.

Yeah, I read the booklet by the man with the stache. I also installed the latest iteration of BMS, but have not yet come around to actually play it, so much to configure and map. It is even less user-friendly than DCS and alt-tabbing freezes the game. You are supposed to consult the many manuals on a separate system or iPad or even to print it.

Currently, I am back to playing with the Viggen, making bombing runs on the Cold War server.

I keep meaning to check out that Cold War Server, I always keep missing it for some reason. The into the inferno one is pretty good. I actually took off from the carrier, bagged 2 Mig21's (AI ones, but still nice) and then land back on the carrier in my F14. Felt pretty awesome.

Alpenwolf's Cold War server often does not show up in the normal server list. Like most of the active DCS MP servers, it requires the beta version of the game instead of 'stable release'. I converted my 'stable release' to beta using SkateZilla's  utility, which proved to be quite simple and resulted in a stable game that now updates itself to the latest beta version.

When the Cold War server does not show up, you can connect to it by using its IP: https://forums.eagle...ad.php?t=211361

On week nights there are mostly 10-20 people playing and in the weekends a bit more.

However, if you are dreaming of using the F-14B to swat some MiG-21s on the Cold War server, I am afraid this will remain a reverie, as the F-14B is not allowed. Available aircraft are the AJS-37, F-5E, AV-8B+, F-86, A-10A, MiG-15bis, MiG-19, MiG-21bis, baseline Su-25 and some of the warbirds. There are no AI aircraft (except AWACS) and some players, especially Eastern European MiG-21bis jockeys, are quite good.

Thanks, ill try that. I fly the Mig21 also, but maybe they will change their minds when the A model Tomcat comes out.

I thought this was pretty stunning. Of course I know wake turbulence is in, I felt it last night when I was on the dogfight server. But to see it visualised, its amazingly lifelike to the real thing.

Have the a2a missles been fixed?

No, compared to, say, BMS they still suffer from excessive drag.

I think its got incrementally better. Ive got better results from sparrow of late. And Sidewinder seems to be fairly accurate, particularly when you have a height advantage on an adversary.

As for drag, im no expert, but one of the developers 'Chizh', said that they are planning on doing some more with the Phoenix, which includes some aerodynamic modifications. They are looking at October for that, although I guess that doesnt mean we will actually  see it in October.

I had an interesting debate on the F14 thread on the DCS forum. It seems some people cant dogfight now that it doesnt vibrate like an electric toothbrush. Go figure.

Thanks for that, have you ever seen this one, it might come in quite useful for the Falcon when it arrives next week.

The book is pretty interesting too.


That came with the Falcon 3.0 Gold deluxe edition as a separate CD ROM. That takes me way back. I've shared my story about how I got that game.

Yeah, I had one of the lower level version's of it, I never got the Gold Version. And I still regret never having got the Mig29 addon pack, although in fairness it would have been nothing that DCS doesnt offer (other than a dynamic campaign).

Same with Fleet Defender. Ive flirted with getting it again on Steam because of its first rate campaign, although in truth after the F14 DCS, I just dont think I could cope with the blocky graphics now. 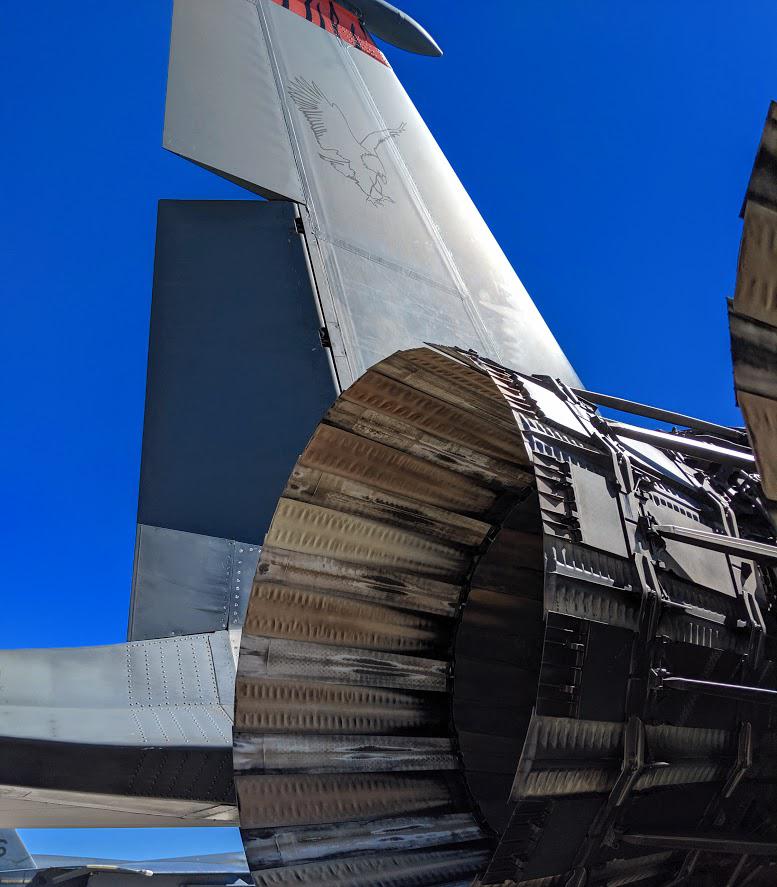 Yeah, the F-15E, interesting aircraft. Notwithstanding the picture, the limiting factor among the development teams is the not the number of modellers, but the number of coders to make it all work. Then there is the early access model, which was severely criticized this week on Hoggit.

ED/DCS always puts out half finished modules that never get finished.

I dont know if that's entirely fair. The Spitfire, Fw190D, A10, KA50 and all the FC3 aircraft are all finished. And problems they have are down to bugs introduced with DCS upgrades for the most part. In fact the changes they are making to the A10 and the KA50 are completely free, but will bring the cockpits up to the 21st Century at last.

There IS a lot of half finished modules out there, its perfectly true. But I think the worst offenders are the 3rd Parties in truth, such as the (otherwise excellent mig21) that seems to be dragging on forever. Compare  and contrast to Heatblur whom have a more logical structure, yes there are delays but there is a perfectly playable module there in the F14. They just want to make it perfect before they downgrade to an A model. When unfinished modules are as good as that, I find it difficult to find complaint personally.