Hypothetical War : Contest For The Spratleys

Not enough space. Do you realise how small these islands are? Most of 'em are just rocks, reefs or shoals. There are hundreds of 'em, & the total area is estimated at less than 5 sq km. The largest is 46 hectares (0.46 sq km). The Malaysian one with a diving resort (see Simon Tan's post with picture) had to be enlarged to build a runway. Like the others with airstrips, building it hasn't left much land spare for housing & Walmarts.

They're going to end up as a series of airstrips, with no land left over for living on.

Apparently the Philippines just upped the ante. Tomas, how many times must we tell you? Set the mind control ray on "low" for tests!

Huh? Any push on permanent sovereignty in the Spratlys will require the capture of the largest 'island' in the area of dispute, the lonely but quite lovely Swallow Reef (Pulau Layang-layang)that is occupied by Malaysia. Not only occupied but occupied in style since it has an air strip and hotel.

Hmm, there's no volcano so we know Tomas isn't operating there.

Hmm, there's no volcano so we know Tomas isn't operating there.

Lest the volcano is underseas one

Or its been cloaked.

I wonder what that round feature is right there next to the tarmac? Hmmmm... 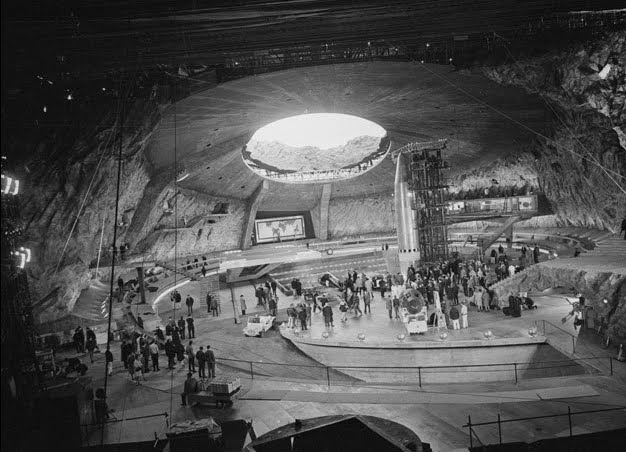 I am more suspicious about this girl that can be seen in the beach with sharp eyes...

I think 'East Falklands' is a much catchier name for it.

Where do think "tropical weight wool" comes from? 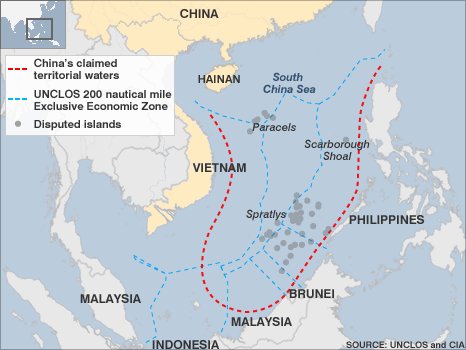 Thats what was pretty bad wasnt it?

OTOH, I think one of Patrick Robinsons was even worse.

Actually, for all of SSN's flaws, it was designed to coincide with a Tom Clancy PC game by the same name. All 18 missions of the game were the exact same as the 18 chapters in the book, and you could beat the game if you followed the plot.

Ahem, Tomas, Clancy already wrote a masturbatory fantasy about conflict for the Spratlys. Hate to tell it to you, but no marines, superbugs etc. were needed - the entire conflict was solved by sinking PLAN navy, including a Typhoon and few Akulas on lease from Russia with crews (this was before he switched to "Russians are nice guys because they are lead by ex-KGB eminence grease and friend of Jack Ryan now")... by one US SSN.

Apparently the Philippines just upped the ante. Tomas, how many times must we tell you? Set the mind control ray on "low" for tests!

"Low" and other inferior words are not in my vocabulary.

I wonder if its possible to bioengineer a species of beachcombing sheep?

Tomas, can you get your Mad Scientist team on the case please?

Working on it! Just for you!

No Ken, you cannot since you have not a clue as to Layang-layang and how it came to be.

So what's the deal?

The IJN will continue as the dominant navy among the region's members. Its steady but largely unheralded growth reflects long range planning, training readiness and an acceptable learning curve. The value of CVs in areas now well covered by landbased aircraft remains mostly symbolic. Joint warfare skills will pay off best and Japan and Singapore are well ahead of the pack.

The JMSDF may have enjoy a superior level of quality of equipment and training, but the PRC has closed the gap in pretty much every measureable way to the point of near parity in basic force structure, and in submarines it has arguably already ahead equipment wise. They have a dozen+ Songs and Yuan, and a dozen Kilo's off the top of my head, and are comissioning several new nuke boats soon from what I understand. They have an Aegis like platform of which mayb e 3-4 are in service and modern, short range SAM equiped fridgates to round out a surface flotilla. Fair amount of land based air and tanking assets now, as well as AWACS. There's a CV possibly getting ready for some training in that area at the least. About the only thing I'd give the JMSDF a clear advantage in is ASW, and in that case, the advantage isn't due to numbers of platforms at this point AFAIK.

As for land based air making embarked a/c less necessary, that's a more dicey possibility against the number of MRBMs the PRC has. They might have a hard time smothering more than a few major air bases with enough ordnance to permamently shut them down, but they could trickle in single missiles at a time to all but criple opperations for days or weeks for several different targets if they decided that's where their ballistic missile focus would be. Basically only the US and Japan have sufficient air power to be worth wasing such assets on anyway--Kadena and Guam would be likely targets repeatedly, unless Guam is further away than I think it is.

I agree with Thomas assessment.

The Japanese Navy's SSK force remains a generation ahead of the Chinese submarine tech and handling curve, and will continue to remain so. The bulk of the Chinese gap-closing has been remedial. The Soryu class is an example of how quickly the Chinese will have to run on their own from now on to even try and keep up with Japan.

So what's the deal?

Look at the picture Simon posted. Compare it with this one -

They're the same place.

Note that even the smaller island shown in the picture above is artificial. Until the 1980s, Layang-layang was just a reef, frequented by fishermen & occasional divers. AFAIK there was nothing above sea level except bits of reef that waves broke over.

Most of the Spratlys are like that. There's a handful of tiny natural islands, none of which would take more than a couple of minutes to walk across, hundreds of reefs, shoals, & rocks, & now, a few artificial or enlarged islands.

No Ken, you cannot since you have not a clue as to Layang-layang and how it came to be.

Likely proof of no sense of humor. Simon only likes to attempt to dish it out.

I'd not consult him in any case, if I were interested in some island/atoll.

Eh, stuck in the past?

Eh, I have posted before on this. There is still an emperor, there is still a Japanese Navy. Although in the immediate postwar period some fishery protection vessels carried important names, that likely reflected nostalgia, not intent.

When new ships named Yamato, Musashi, Akagi, Kaga, Shokaku, Zuikaku are launched, Banshee, you will know it is time. The Japanese have a generational view, whereas we in the west think only quarterly returns, at best.

I wonder if its possible to bioengineer a species of beachcombing sheep?

Damn, Tomas' Mad scientists are fast. 13 Hrs. And they have discovered Time travel as well; the North Ronaldsay sheep have been there for generations!!!!.
I for one welcome our new overlord.

Layang-layang started as a project involving a 20' ISO container laid on the top of a reef that more or less disappeared at high tide.

This was followed by years of reclamation, a real bitch in open waters. Those early years, a posting to Layang-layang was considered a punishment detail. Beyond the sea sickness and boredom, there was almost nothing.

After many years and hundreds of millions of dollars...they built it up into an anchorage and air strip. The hotel is a sop to 'economic activity', an essential part of any claim. We learned this the hard way with our dispute with Singapore over Preda Branca.

Anyway...there is no permanent air presence on Layang-layang (IATA:LAC)but there are several flights a week from Kuala Lumpur + military flights.

Our ready support to Layang-layang comnes from Labuan.