Ahem. Sorry chaps, but I may have put the mockers on it.

It seems that there was a major propulsion system failure which resulted in an unscheduled stop outside Plymouth (it's too deep a draught to actually get inside), followed by a significant water leak that may have flooded a couple of compartments from a sea water main, but the MoD isn't saying much - the latter probably wouln't have got out at all except that it resulted in the cancelling of a press tour.

Pity, it is a beautiful ship.

Any hints on the nature of the failure? Electrical? Mechanical? Shaft seal?

Pipe broke from what I can tell. Water was neck deep in some compartments.

My friend is going to be annoyed, they were going to have a cosplay show on board. I was looking forward to a picture of Darth Vader sat in the Captains seat.

Thanks. Better now than in combat!

Yeah. Apparently the RN has been very clear on the point this ship will NOT be regarded as fit for deployment till 2021.They really want to make sure she is shook down and all the bugs have been Ironed out, and this is just one more occasion when they are proven right.

In actual fact, this seems to indicate that the pipe breaking was a separate problem from the engine problem. So they seem to have a few bugs to work on.

If the Liaoning or the second one ever has a problem, can't be expected to hear about it unless it is something so obvious like a J-15 disappearing.

Could be worse. At least we dont have the issue of the electromagnetic Catapult to sort out like the Americans do with the Ford.

Putting the name Ford in any vehicle is always risky.

Yeah, they really should have called it Edsel.

The arrival of 207 Squadron will now see all training on F-35 conducted in the UK.

Since 2013 Royal Air Force and Royal Navy personnel had trained alongside US Marine Corps counterparts at Marine Corps Air Station Beaufort in the US, say the MoD.

Minister for the Armed Forces Mark Lancaster said in a news release:

“The arrival of 207 Squadron represents another milestone in the progress of this world-beating aircraft.

As we welcome 207 Squadron home from our US allies, the transatlantic military relationship continues to be the strongest and deepest of any two nations in the world.”

“I was delighted to see the second squadron of the most advanced and dynamic fighter jet in our history arrive today at RAF Marham.

Being able to train our pilots in the UK is another great leap in our sovereign capability and will ensure the Royal Air Force and Royal Navy can train our pilots to fight and win with these extraordinary jets, which will sit at the heart of our country’s globally deployable forces.”

“After experiencing the excellent training offered by our US allies and achieving a good level of experience and knowledge across our instructors, the time is now right to move 207 Squadron from the USA to the UK.

We are thoroughly looking forward to being based at RAF Marham and training our F-35 pilots here in the UK.”

207 Squadron will formally stand up on 1 August 2019 and the first F-35 pilot course at RAF Marham is due to commence in early-September.

207 is a weird choice of squadron number. I remember them as a communication squadron with Dh Devons.

IIRC, at one time the UK was looking at buying some F-35A's along with the "B" variants. Is that idea officially out the window?

IIRC, at one time the UK was looking at buying some F-35A's along with the "B" variants. Is that idea officially out the window?

Anything could still happen.  If I was a betting man, I'd certainly put a decent amount of money on our getting a few squadrons of A's.

207 is a weird choice of squadron number. I remember them as a communication squadron with Dh Devons.

It was a Lancaster Squadron in 5 Group with 617, so its good company for them. They were both V Bomber squadrons as well. 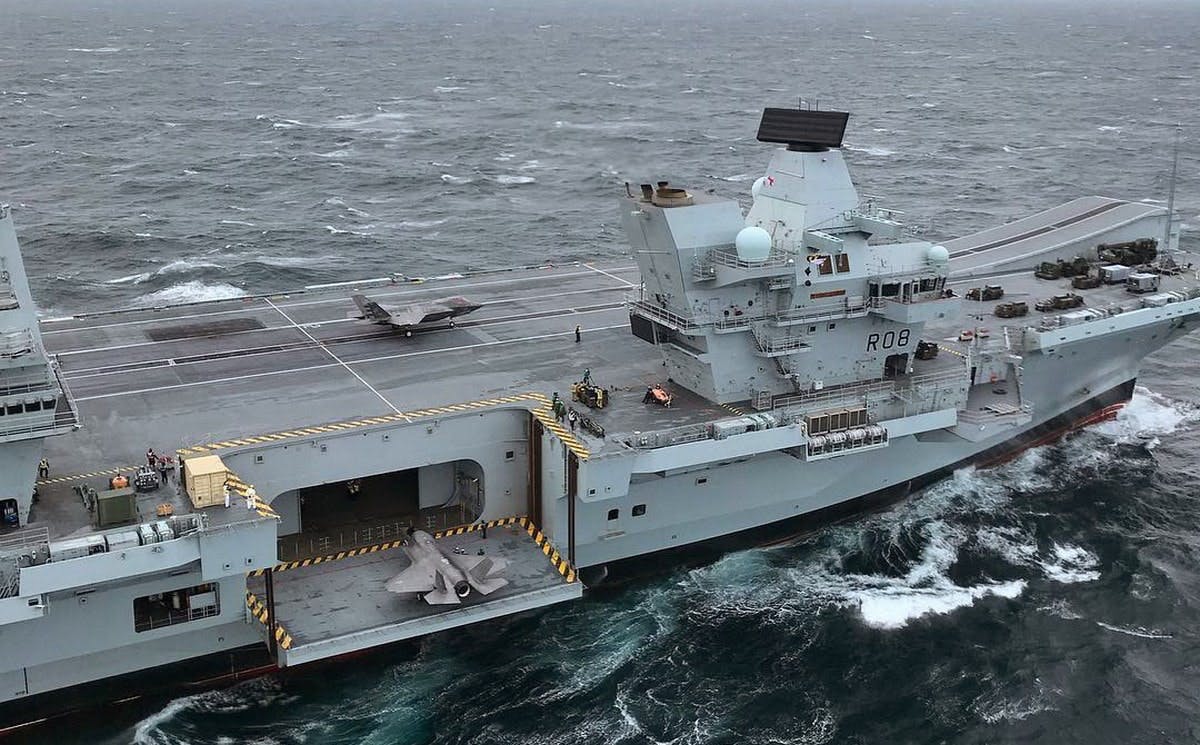 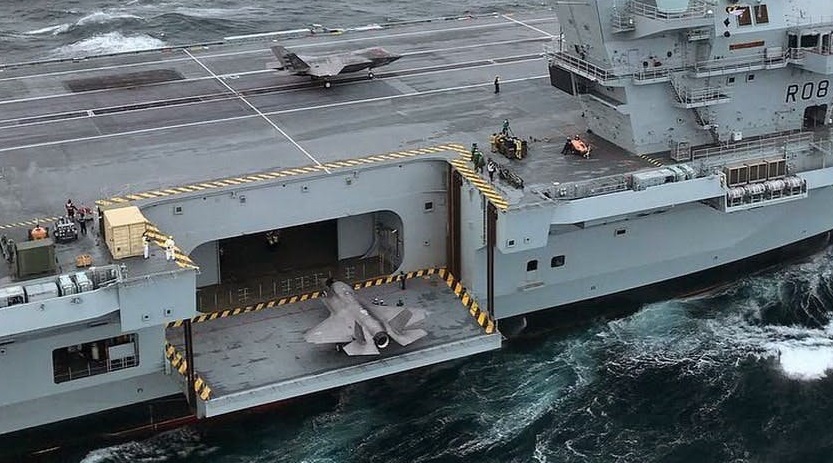 The reasoning for two islands has always been of interest in various ways. Redundancy comes to mind.

Side lifts are new though. We have never used them before, not even on the large carriers. Im not sure why, but Ark Royal R09 was described as having an 'NBC citadel'. Maybe they envisaged a centre deck lift was more NBC secure.

Side lifts were added to carriers during major refits iirc. Along with nifty things like angled flight decks.

Side lifts were added to carriers during major refits iirc. Along with nifty things like angled flight decks.