35 replies to this topic

Just back from a trip to my home in Singapore and looked through my dusty 20-yr old army stuff. Only the head gears still fit. LOL

Last time I wore this outfit was the mid-1990's when I last went for reservist training. 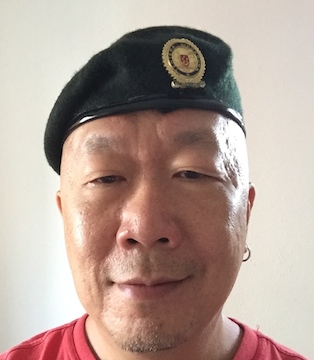 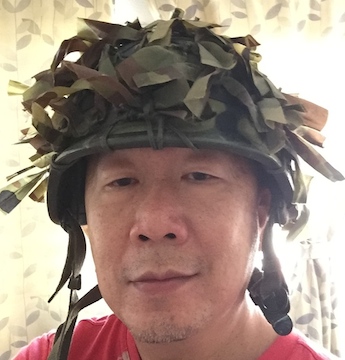 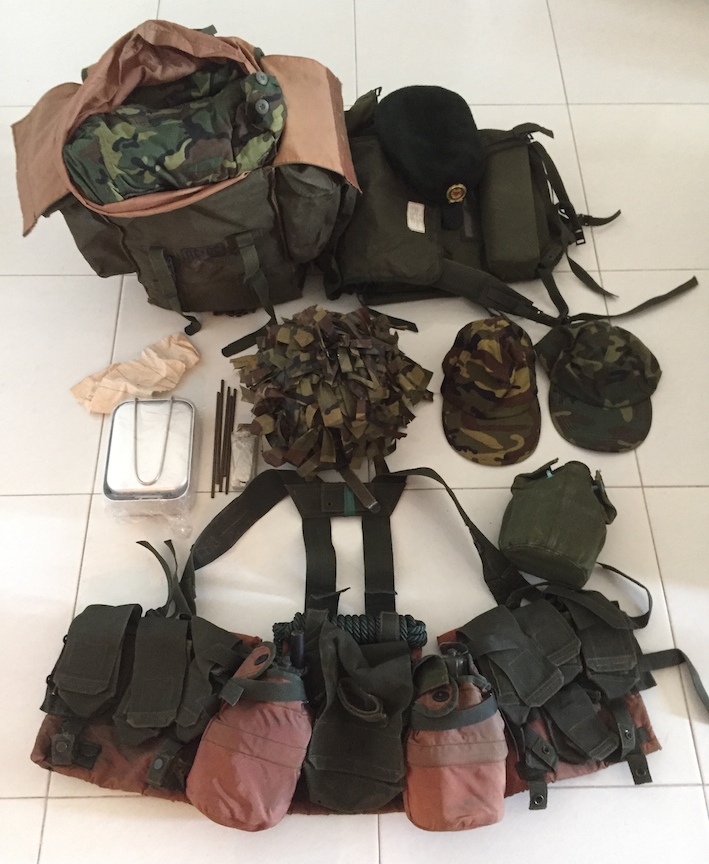 The idea was that we keep these stuff at home while a reservist so that you report to training or mobilization without the camp or mobilization centre needing to fit you with clothing and headgear. All they need to do is to give you weapons and ammo and if time permits you go to a range to zero it.

Now that I am long discharge from service, I am supposed to dump these things at any convenient collection centre. I guess I will likely hang on to them for nostalgia. Even the helmet is considered "2nd generation" and going out of style with SAF. The camo pattern has changed, the webbing is obsolete etc. So the army is in no need of these stuff. The mess tins and jacknife are brand new. Two full packs, lots of uniforms (with an outdated camo pattern) and 2 pairs of boots (not shown).

We have men up till their mid-60's or even older whom have had some military training. So those still mobile will be able to serve non-combat roles back at the base at the very least should SHTF.

Walmington on Sea platoon of course.

Keep it handy, you never know when a Helmet can be useful.

This is the more common color and all basic infantry units wear this.

I still have a new uniform lying around, but I shudder when I think of trying it on...

This is the more common color and all basic infantry units wear this.

This is basic Finnish infantry beret:

If you want to politely warn your surroundings that you are an endless source of boring army stories, wear this on your beret. Pacifists will avoid you - which of course is your intention - while patriots will be delighted to hear about the months you served Finland.": 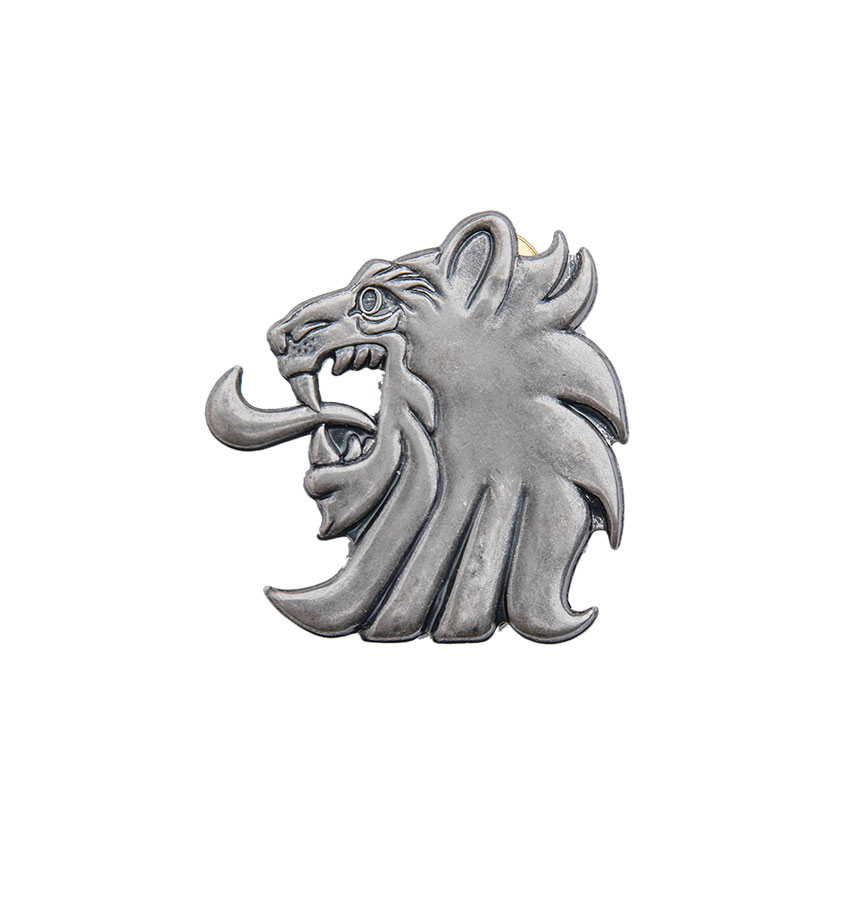 Only thing I took were couple of pants belts since they are both undestructable and all plastic hence god given for airplane travel those days.

Only thing I took were couple of pants belts since they are both undestructable and all plastic hence god given for airplane travel those days.

Were you issued 3 belts or did you buy them yourself? I got one belt and it wore out on one side even before I finished my 9 month service. I also noted that by beret also shows signs of wear. Pfff

EDIT: Hehe, I tried my uniform on. At first I thought "it fits fine". Then I sat down.

EDIT: Hehe, I tried my uniform on. At first I thought "it fits fine". Then I sat down.

That is just a pic from a net, I was too lazy to take mine off the pants to take a photo.

Two pants belts (for two sets of uniform) and single equipment belt was issued. But when checking out it was possible to "hold" some equipment and instead pay for it - so for grand total of about 0.5 euro I have grabbed another one and payed 3 belts about 1 euro... Still in perfect shape 11 years later.

Going for a one day reservist call up tomorrow. I am 42 and I still fit in the uniform I was given when I left in 95.

Granted that second year of military sevice made me gain 10 kilos.

I was issued something like this as a recruit. It was made of the hardest plasticky/nylon material you could imagine. It was heavy as fuck. You could beat someone to death with this belt. 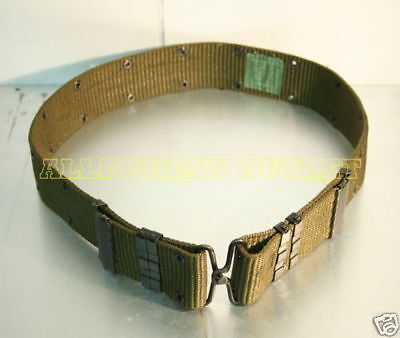 Chino, something like this (local equipment belt, more-less copy of the US ALICE pattern)? 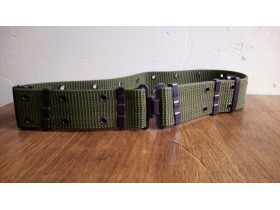 When I was a recruit in 1983, the old style of webbing "SBO" (skeleton battle order) Webbing also uses such a belt. The holes in the belt are for hanging stuff like the M7 bayonet scabbard, water bottle pouches etc. 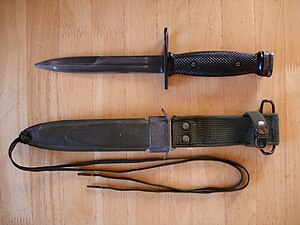 Pictured SBO Webbing not mine, but this guy seem to have 3 ammo pouches where standard is two. This is the worst webbing ever. When you run the belt buckle will come undone so you need rubber bands to hold them together. The whole rig will be "hula-hooping" around your waist like crazy while running, and when you prone or crawl with full 8 magazines in your pouches, it's just the most fxxcking uncomfortable thing in the world.

To top it off - literally - there is the US-tin pot style helmet. The first time I wore it, I couldn't hold my head up straight. This helmet is heavy as fxxk and does not fit snugly so when you ran, the helmet, along with the webbing, were swinging and bouncing this way and that.

The ones we were issued in the early to mid-80's had the leftover old-style "tiger stripe" SAF camo cloth as a cover. This camo pattern was used during the 70's when SAF did not wear camo. The only people who wore camo in the late 70's were snipers, and this was the pattern they were issued with. This is one of the rarest camo pattern now. 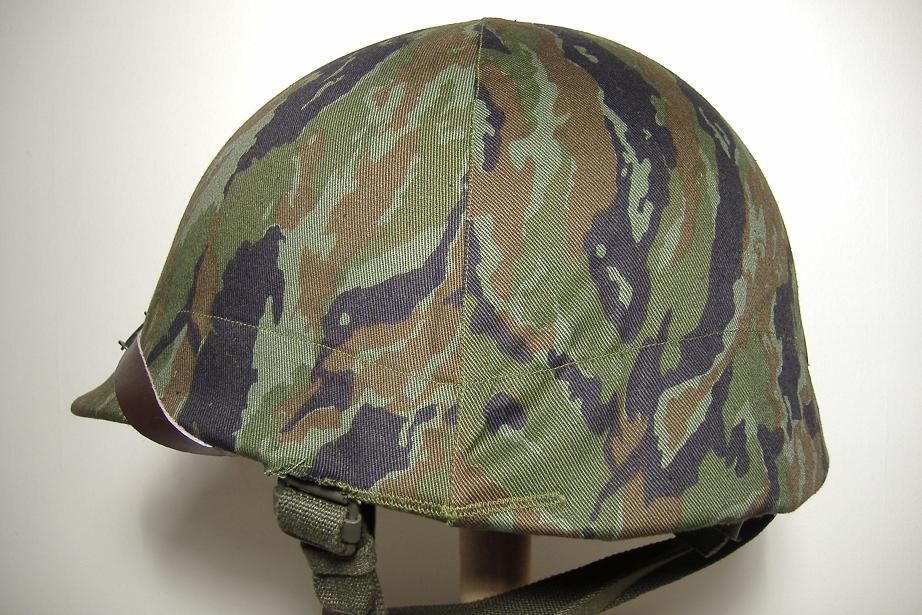 When I finally got the kevlar in the 90's, I fell in love and wore it even when I slept in the field as it serves as a pillow. Here's what the paintwork underneath looks like without the camo net cover (see above) infantry had to use. Everything just fit so well and lightweight, too, compared to the tinpot. But this style of kevlar is also phased out now.

The webbing I finally got in the 90's (shown above) was a godsend, and fit like a glove and doesn't swing all over the place when you ran. All the reservists - including the officers and NCOs who got issued this (then) new webbing were not taught how to wear it. So naturally, they wore it around their waist like the old style SBO. But everyone complained that the two padded pieces where the pouches were attached to restricted their movement around the waist.

I wasn't able to convince many people that the idea was to wear it ABOVE the waist, not around. Some tried but complained that it was too warm in our weather - they were right. Anyway, what is a rifleman if he does not complain?

This webbing style lasted maybe 10 years before SAF switched over to the vest style and changed several times as the early versions were even warmer to wear.

This webbing in the picture had the great disadvantage of absorbing water and becoming heavy as in Singapore we were often soaked from rain and the environment.