The president’s dissatisfaction has crystallized around national security adviser John Bolton and what Trump has groused is an interventionist stance at odds with his view that the United States should stay out of foreign quagmires.

A variation on the theme of dissatisfaction with how long the Venezuela thing is taking on Trump's part. 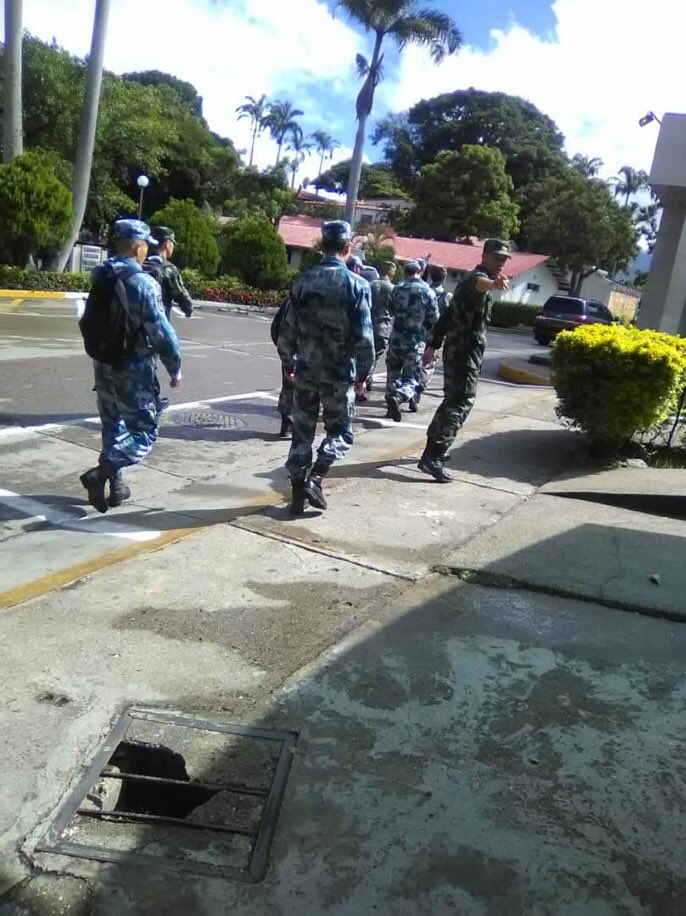 BYOTP (Bring your own toilet paper)  I chuckle at China and Russia propping up this government, a money sucking black hole for them. China can afford it, not sure if Russia can.

The more money they spend on this basket case, they less they can spend on buggering up Ukraine. Ill cheer them on for any amount of it, they are still doomed to lose this one.

Venezuelan Interim President Juan Guaidó reiterated the support from most members of the Armed Forces for “a change” in government, and affirmed that high commanders are those directly connected to Nicolás Maduro.

In an interview with the Venezuelan news portal Cronica Uno, Guaidó said that “there is a clear crisis, a crack in the chain of command. Some 80 to 85 percent of the National Armed Forces favors a change,” he said.

However, he said, the way to express this discontent “is what we need to figure out.” He added that he has brought up mechanisms to discuss and even make public offers of amnesty and guarantees.

Guaidó’s team, he continued, will insist on guarantees, “probably make them more explicit,” and focus on communication. In late January, the National Assembly promoted the Act of Amnesty and Constitutional Guarantees to support service members who would move over to “the side of the Constitution.”

“In a dictatorship, we cannot directly invite service members to a meeting because they would be imprisoned, tortured, or exiled. I wish we could sit at a table with many of them to talk about the transition and create common positions,” Guaidó said during the interview.

Which is very interesting, but im not sure where he gets his figures from there. Ultimately they arent coming out for him, whatever their personal beliefs are.

The military particularly the army is likely more of a organised crime group than a real military. That may explain why they aren't switching, to much dirt at the higher levels.

ExxonMobil has found oil in the sea between Guayana and Venezuela. Both countries have an unresolved dispute over their border. The venzulean claim is like 2/3 of Guayana. This is going to be interesting times. Oil, border disputes, internal kerfuffle in Venezuela.......

The Navy of Venezuela intercepted an explorator ship https://www.reuters....a-idUSKCN1OM0BK

Interesting they fly unarmed, or at least without missiles

According to this image, Cuba is not Socialist country

According to this image, Cuba is not Socialist country

It is photoshopped anyway. Though Venezuela certainly has problems with badly managed electricity generation.

Interesting they fly unarmed, or at least without missiles

It is photoshopped anyway. Though Venezuela certainly has problems with badly managed electricity generation.


Talking of problems with electricity... There has been another big outage. 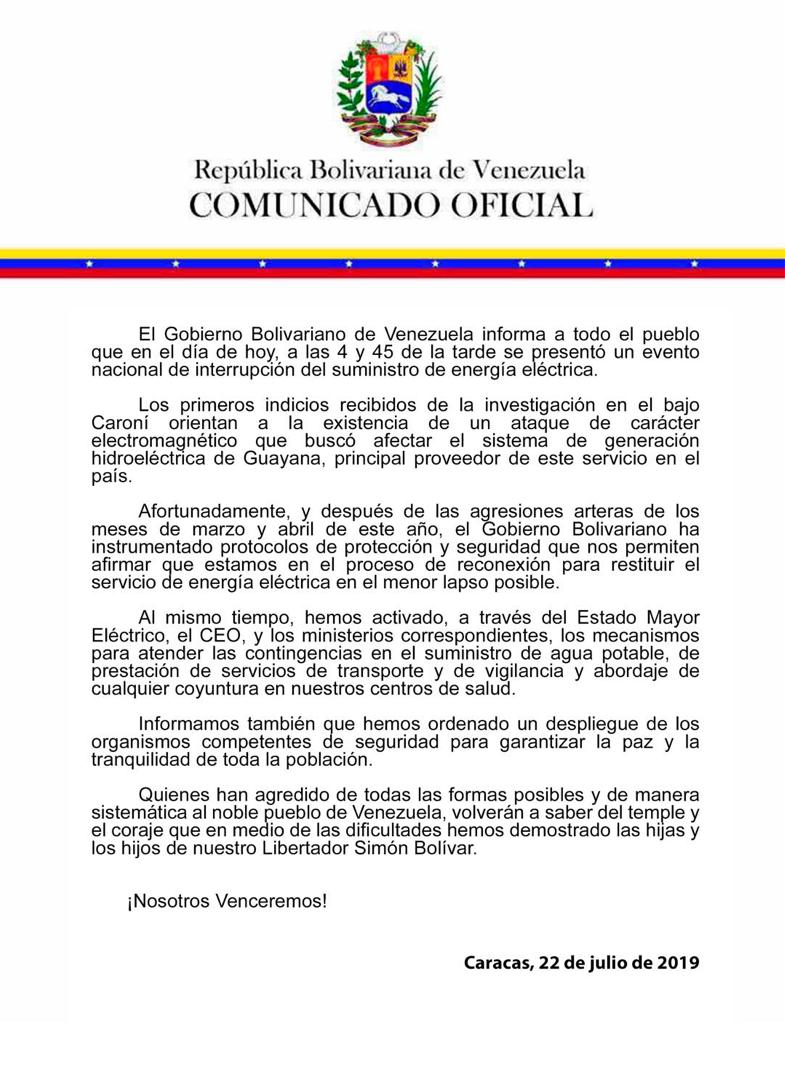 ¡Venceremos! It is all the others fault. Not the rotten infrastructure. The venezulean interwebs went down as well: https://netblocks.or...outage-3AnwjoB2

CARACAS, July 22 (Reuters) - More than half of Venezuela's 23 states lost power on Monday, according to Reuters witnesses and reports on social media, a blackout the government blamed on an "electromagnetic attack."

Sharks with freakin' electromagnets on their heads? 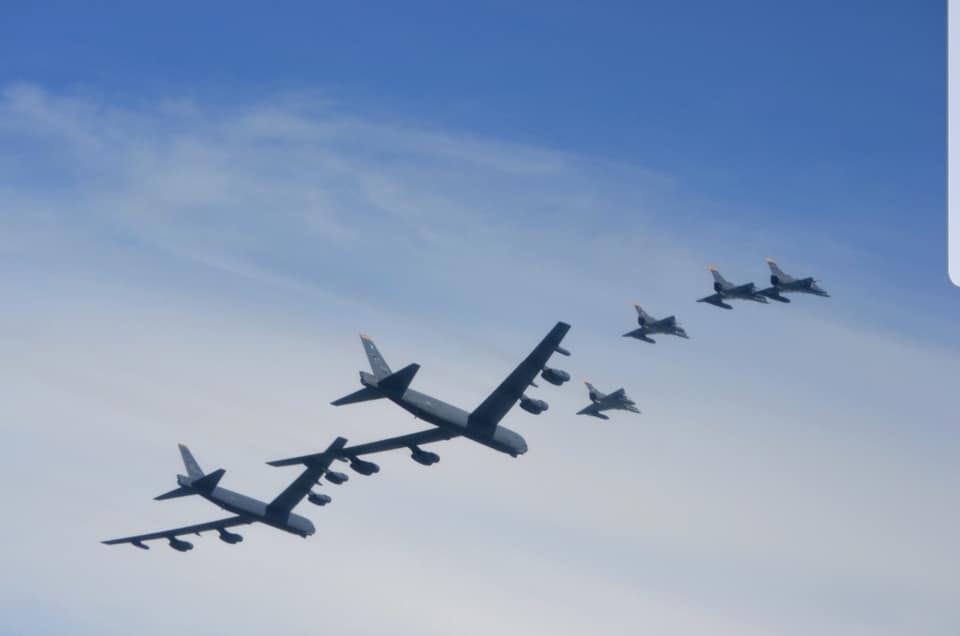 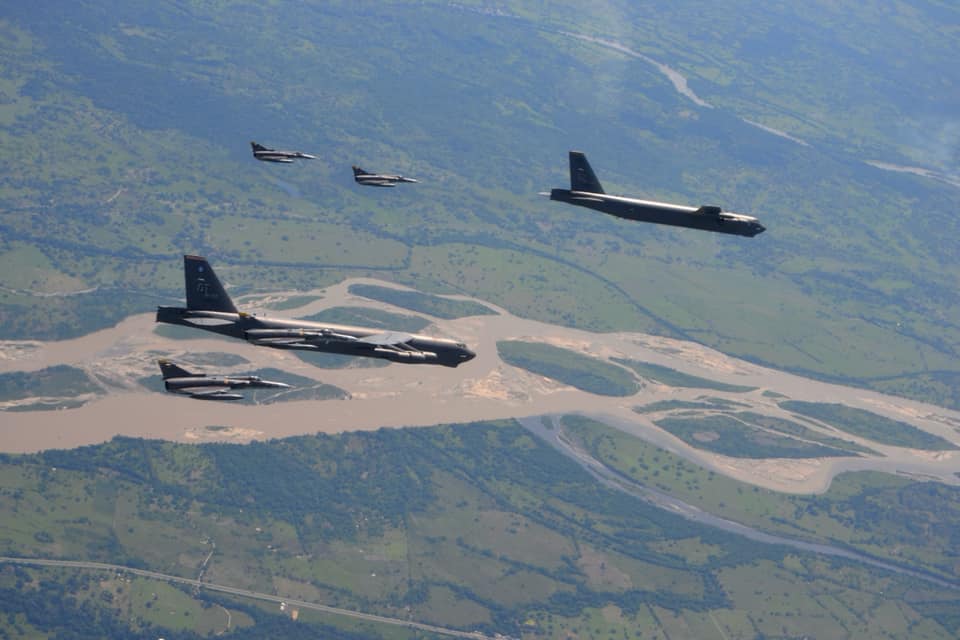 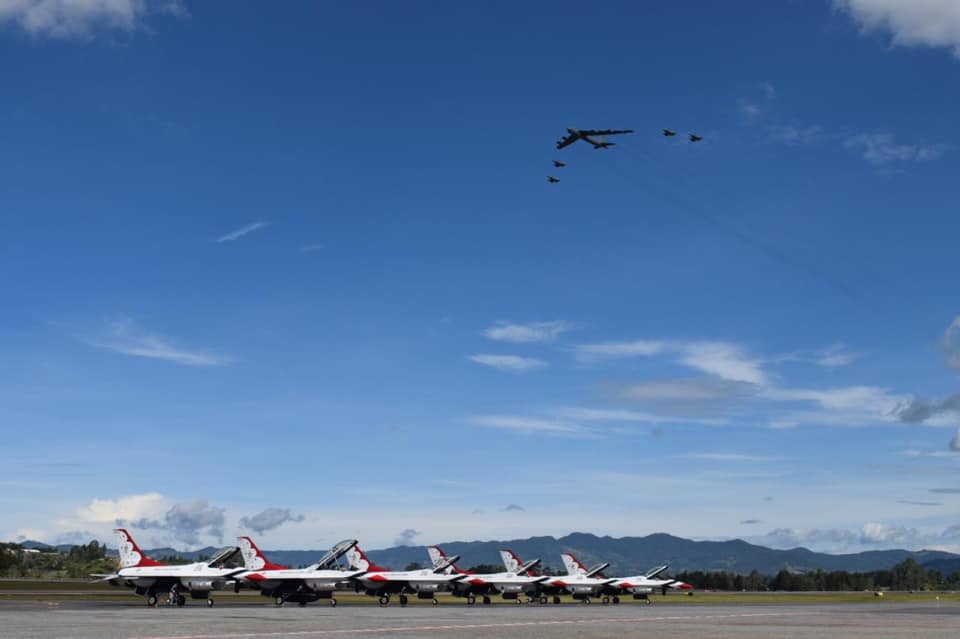 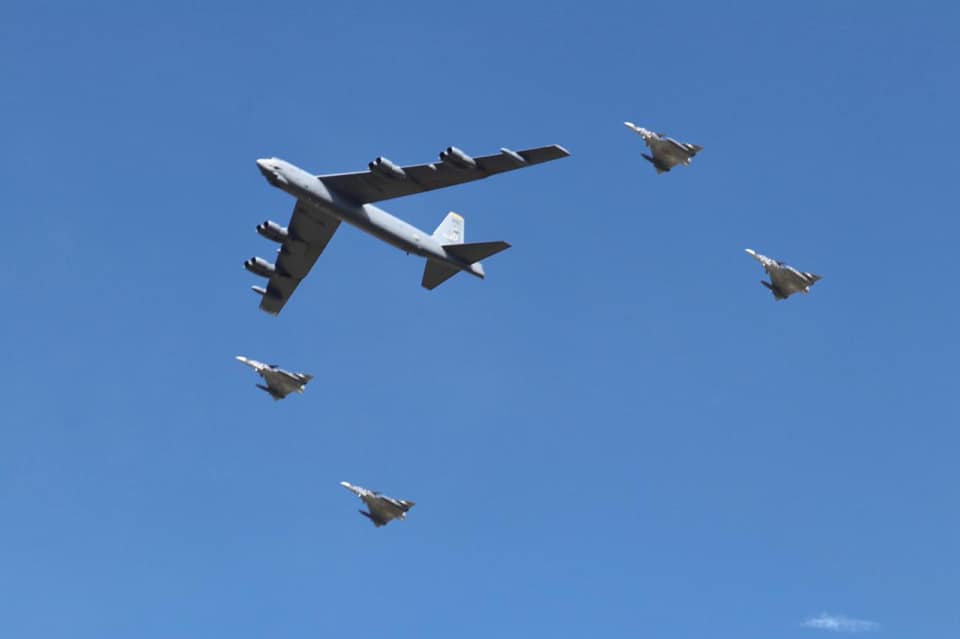 If anything, would give Russia or China thinking about using Venezuela as proxy a second thought.

Given the CAF flies Kfirs, cue the conspiracy theories...

A US EP-3 was shadowed by a Venezuelan SU-30 on July 21st. Venezuela claims the EP-3 went into Venezuela airspace. The US says the EP-3 was on an internationally approved and recognized flight.

The U.S. military rejected Venezuelas claim that a U.S. intelligence aircraft flew over the South American nations airspace on Friday, saying the American jet was over international waters and had been aggressively shadowed.

The U.S. Southern Command said Sunday on Twitter that the U.S. EP-3 was performing a multi-nationally recognized & approved mission when shadowed at an unsafe distance by a Venezuelan SU-30 Flanker, jeopardizing the crew & aircraft. Video of the incident was attached.

Sundays comments were the first U.S. response to claims by officials with Maduros defense department that the U.S. had engaged in a clear provocation and acted in violation of international treaties.


The competing descriptions may further roil Washington-Caracas relations at a time Secretary of State Michael Pompeo is visiting Latin America, and as a summit of so-called anti-imperialist countries is held in Venezuelas capital.

Venezuelan defense officials sad the U.S. aircraft entered local airspace over the Caribbean in a one-hour flight in breach of international treaties, until it was pursued by the Venezuelan air force.

The flight created a safety risk for commercial aircraft in the vicinity of Simon Bolivar International Airport in Maiquetia, Defense Minister Vladimir Padrino said on Twitter.

Venezuela identified the U.S. plane as an EP-3E Aries II, which is a reconnaissance version of the P-3 Orion produced by Lockheed Martin Corp.

Maduros government on Saturday started a two-day summit of the Non Aligned Movement, with Iranian Foreign Minister Javad Zarif and Russias deputy Foreign Minister Sergei Ryabkov in attendance. Pompeo has visited Argentina and Ecuador in the past few days and is traveling Sunday to Mexico and Honduras.

The U.S. has been trying to coalesce support around National Assembly leader Juan Guaido since the body declared him Venezuelas interim president in late January. More than 50 countries now support Guaido, and the U.S. regularly announces new sanctions against Maduro and his associates.

Also tagged with one or more of these keywords: Venezuela, Maduro, civil war