Due to a new job, I haven't played the game in two months. However, given the recent sale I could not resist to snap up the F-16C for half price. Still in a very unfinished state, but boy what an elegant and impetuous little aeroplane. And oh, the view from the cockpit.

Yeah, its a very nice plane. Ive not played it much lately, but I love the landing mode on it which is not unlike the F14 where you set the right landing angle. I never knew it worked like that.

The Fw190A8 has just left early access. I really dig that, it flies really well for the most part.

Yeah, flying on speed AoA and using the throttle for pitch. You can also do it in the F-5E.

In the Tomcat I like to use autothrottle to do the same thing. Much easier.

For anyone interested, they have a special corona shutdown sale on at the moment. Reports are (and im reinstalling to beta so Ive not seen it at the moment) the multiplayer sections are packed out at the moment.

You should be rocking your own throttle back and forth all the time during landing and learn to anticipate the resulting nose movement.

Yesterday evening there were more than 40 people playing on the Cold War server.

My carrier landings are lame, I need all the help I can get.

There seems to be a 9 people on the storm of war server (WW2 Normandy) going to try that out if I can stop the cursor disappearing on me.

This is very silly, but it made me laugh like a little girl so I had to share it...

It certainly is. Though I did not know the German soldiers had an animation working the bolts of their rifles.

Yeah, that was news to me too.

Been flying the ww2 fighters and they have redone the sound packs in them all. The Me109K was recorded from a real Bf109g and it sounds absurdly good.

Well Stuart, you must be a happy bunny today. 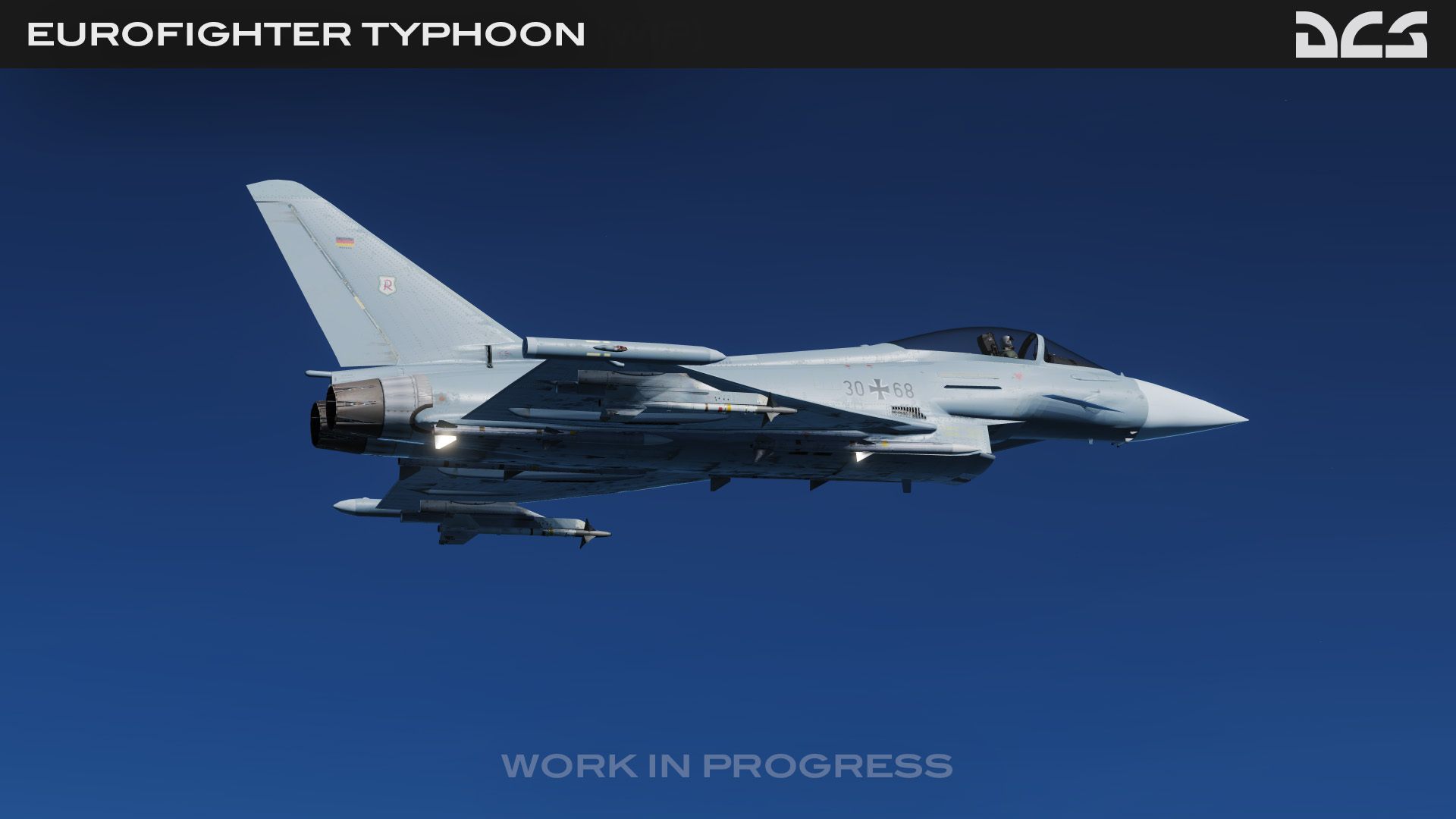 Ive not played a decent Typhoon sim since EF2000 came out about 20 years ago. Now if they could just create the dynamic campaign that version had, I would be a very delighted bunny indeed. But Ill take what I can get.

Yeah, the German version without the IRST. Nonetheless a really complex aircraft and a daunting task for this new team. I wonder whether they possess the skills and willpower to pull it off.

In multiplayer the Eurofighter Typhoon will be quite OP if an incarnation / interpretation of the MBDA Meteor is included in the module.

It's apparently the tranche one, which is the most up to date one they can do, which is fair enough. I don't believe that can use meteor, it's Amraam only.

The community manager of the new module maker said:

What Tranche/Nationality can we expect?
We are in constant communication with the “NETMA” and our licensor “Eurofighter Jagdflugzeug GmbH” in order to bring you the most current version of the Eurofighter possible, without violating classified information.
As you might already have guessed from the published pictures and our company’s German background, we will create a German version of the Eurofighter Typhoon to start out. This version will only make the introduction to DCS as we will continue to bring more and more nationalities and capabilities to you over time.

Will the Eurofighter Typhoon include HMD, A/G, Iris-T, Meteor, Pirate, DVI?
We are working hard to include all capabilities of all different Typhoon nations. However, please keep in mind that there is a limit to what we can display with only using publicly available data.

Vague. Although a Typhoon with just AMRAAMs and some IR missile would already be interesting enough.

Then there is this bit on Hoggit when someone asked whether this would be the 'big module' (from ED) and ED's community manager answered:

No the eagerly awaited aircraft from ED will be announced later in the year. thanks

So what would that be? A full F-15C module would be great, as would a full fidelity Russian aircraft.

Yeah, he hasn't said no to meteor or stormshadow, if they can get the information. So that's no then.