I just realised that the hiragana for 'kanji' is much simpler than the kanji - かんじ. Doh! What's the point of kanji which can be written more quickly & easily in hiragana?

Note that I know approximately no kanji. If it ain't written in kana I can't even start reading it.

That's a very illuminating point. Korean (Hangul) used to be the same way, mixing Kanji (Hanji) and Hangul together but then Hanji use dropped not completely, but significantly, out of regular use.

Learning how to read would become a lot easier with only Kana. Althought comprehension might be more difficult. For complicated topics, I think Kanji is a little more than just helpful in indicating what word is actually being said. Things could get confusing without Kanji. But I guess Korean gets along fine without it. I don't know. Me personally, I'm one of those handful of students that likes Kanji, to the disgust of the majority. The digitalized age does make it easier to look up and write Kanji too.

Should have paid more attention to those japanese videos. The tentacles form kanji when you look closely!

Japan and Indonesia held their first “two-plus-two” meetings of foreign and defense ministers in Tokyo on Thursday, agreeing to work on a pact that could allow to Japan to export some defense weapons and technologies to Indonesia.

The two countries also agreed to hold the meeting once every two years, Indonesian Foreign Minister Retno Marsudi told a joint news conference at a Tokyo hotel at the summit’s conclusion.

“This meeting opened a new page for the bilateral relationship between Japan and Indonesia. This is historic,” Retno told reporters through an interpreter.

“I believe Japan and Indonesia can contribute to security and safety stability of this region,” the minister added.

According to Japanese officials, Indonesian Defense Minister Ryamizard Ryacudu told the Japanese side Jakarta was interested in procuring US-2 amphibious aircraft from Japan.

Japan has held two-plus-two meetings with the United States and Australia, but this is the first such meeting with a Southeast Asian country — a fact which underlines Japan’s determination to strengthen ties with ASEAN (Association of Southeast Asian Nations) countries in a bid to keep China in check.

Beijing claims sovereign rights over most of the South China Sea and is working to expand its clout there.

During the two-plus-two meeting, Foreign Minister Fumio Kishida expressed concerns over China’s construction of military bases on islets and reefs in the South China Sea.

Kishida expressed opposition to “one-sided actions” by China to forcibly change the status quo, and the Indonesian side supported the opinion during the closed-door meeting, according to Japanese officials.

Kishida also urged ASEAN countries to send out its message “with one voice” over disputes in the South China Sea, the officials said.

“Indonesia will keep urging countries involved and related countries not to take actions that would raise tension (in the South China Sea), and to abide by international law,” Retno also said during the news conference.

Earlier in the day, Nakatani and Ryamizard held a separate meeting at the Defense Ministry in Tokyo during which Nakatani emphasized Japan’s “strategic interests” in securing sea traffic lanes around Indonesia.

In response, Ryamizard emphasized that “dialogue” between the countries concerned was important in solving disputes in the South China Sea, according to Japanese defense officials.

Diplomatic tension between China and the United States spiked in October when a U.S. Aegis destroyer navigated within 12 nautical miles (22 km) of an artificial island built by China to assert its right to freedom of navigation under international law. Tokyo supported the provocative operation.

“Your country has four important international straits, namely Malacca, Makassar, Sunda and Lombok. (Indonesia) is an important strategic partner that occupies key points of the sea lanes of our country,” Nakatani told Ryamizard at the beginning of the meeting, which was open to the media.

“Strengthening the relationship in the defense sector with Indonesia, particular air and maritime defense . . . is indispensable for peace, stability and prosperity in the whole region, including Southeast Asia,” Nakatani said.

During the closed part of the session, Nakatani also pledged that Japan will continue to participate in a multinational naval exercise dubbed Komodo, which is hosted by Indonesia, according to the Japanese officials.

Yang said Taiwan has created the Indigenous Defense Submarine (IDS) program to fulfill its requirements. IDS will be built locally with some foreign, including American, assistance.

“In consideration of the longstanding security cooperation with the US, acquiring submarines from the US government will remain as the priority option," he said. "Until there is a concrete response from the US, a dual-track ‘FMS-plus-IDS’ policy will be implemented.”

Yang admitted that Taiwan was “in communication” with Japan for a possible deal for Soryu-class submarines. Japan’s export defense restrictions have been eased, and Japan and Australia are currently working on a joint submarine program.

Bob Nugent of AMI International, a Bremerton, Washington–based naval market analysis and advisory firm, said he could “envision a scenario where there is an outright sale to Taiwan of Japanese submarines.” The current price is around $500 million a hull for the Soryu, and that includes airindependent propulsion — significantly less than the US offer estimated at $800 million for just the design stage.

Yay, Beijing is going to shit a brick! I'm looking forward to that sale.

2016 is going to be a rough year for Beijing, while unfortunate to say, it is fortunate as the alternative, Beijing getting their way, would be worse. Lots of bricks to come. CCP lacks flexibility. But CCP doesn't care about being flexible since their utmost important concern is their retention of indisputable power over China even at great expense of Chinese people.

This was their main learning point from watching Gorbachov modernize the Soviet Union.

I wouldn't trust the Nationalist Chinese with Japan's advanced submarine technology any more than the United States does.

There is a reason the Nationalist Chinese never get the latest and greatest kit.

Wargame designers get busy is all I can see. Lots of potential conflict scenarios there.

Wargame designers get busy is all I can see. Lots of potential conflict scenarios there.

Good times for wargamers at least 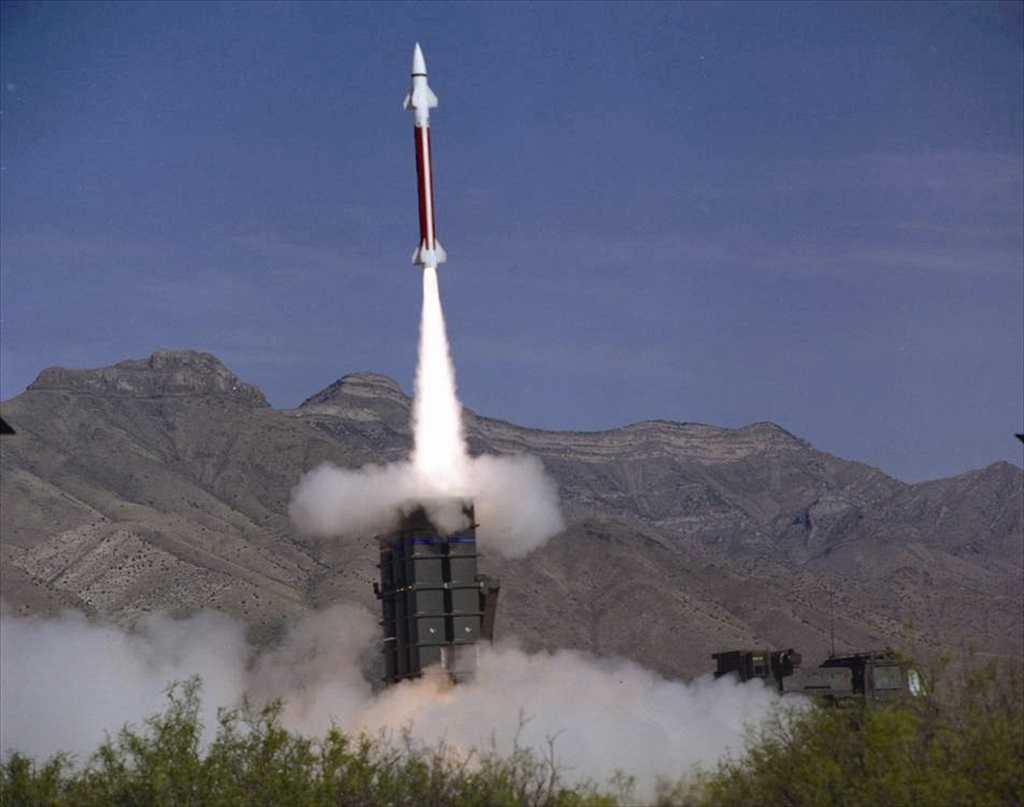 The next image is the Type 3 medium SAM ( Improved 改 ) which conducted firing tests in White Sands Missile Range in New Mexico both last year and this year. One of the targets it was tested against were QCM-163 Coyote missiles. It's said that it shot down 100% of test targets. In 2016, it will be tested in WSMR again but operated by the JGSDF. 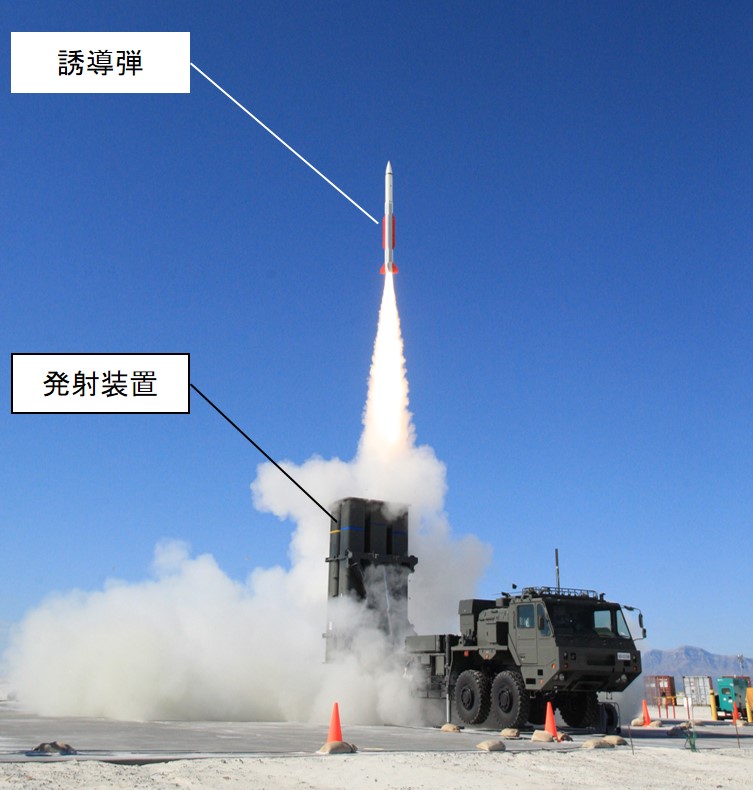 And finally a very short clip of the improved missile in WSMR.

In Manila what must be done is obvious, but every little action is a Bataan march on its own.

In Manila what must be done is obvious, but every little action is a Bataan march on its own.

The latest scheduled first flight test was supposed to be in September (after a series of delays totaling about 10 months) but apparently did not happen. On October 16th the Acquisition, Technology&Logistics Agency (防衛装備庁) stated that the first flight test will be scheduled to January 2016 due to engine improvement work. The spokesperson said "Generally, aircraft engines display their abilities better in low air temperatures." 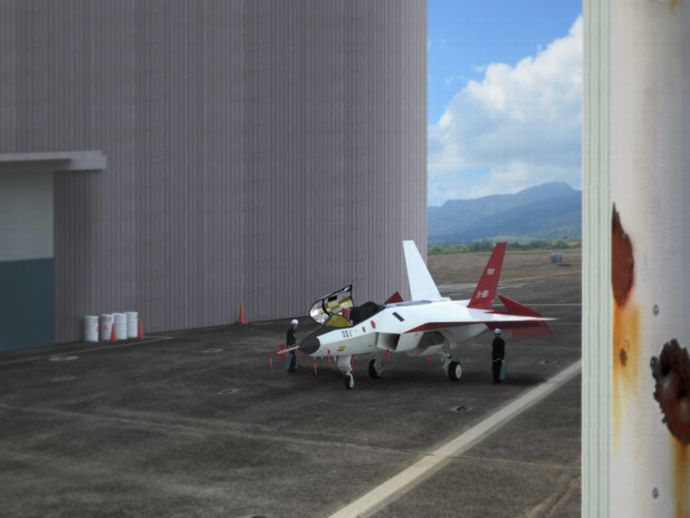 Japan Ministry of Defense is studying into proposing to the Japanese government to pass new legislature that would enable the exporting of used military weapons. Such proposal would be made in 2017 or later. It would include things from helmets and bullet proof vests, to landmine clearing tools and armored cars, and up to submarines. These exports of used military weapons would be either free of charge or at a suitable low price. Currently this kind of exporting is still forbidden. There have been interests from raising countries for equipment used by the SDF which include countries such as ASEAN countries, South Africa, and Brazil. While the ability to export weapons would help improve security relations between the SDF and the military of other countries, there is a danger of transfer military technology to 3rd world countries so there are many problems regarding clearance.

A video of 4 Australian made heavy armored vehicles. Japan looked to acquire some after the 2013 Amenas hostage crisis in Algeria and purchased the 4 Bushmasters in 2014. They entered service in March 2015. The video is showing training taking place in Gunma prefecture in December for relocating Japanese nationals to safety.

The Bushmaster isn't a "heavy" vehicle. In Australian service, it's not even considered armoured, merely protected.

Thanks for the video, though.

The Bushmaster isn't a "heavy" vehicle. In Australian service, it's not even considered armoured, merely protected.
Thanks for the video, though.


Ah your right. They called it 大型 which is large, not heavy. So "large armored car" to be more precise with direct translation.

The combat Winnebago certainly is large.