727 replies to this topic

MANILA (Reuters) - Defense officials from the Philippines and Vietnam will meet this week to explore possible joint exercises and navy patrols, military sources said, shoring up a new alliance between states locked in maritime rows with China.

Ties have strengthened between the two Southeast Asian countries as China's assertiveness intensifies with a rapid buildup of man-made islands in the Spratly archipelago, to which Vietnam and the Philippines lay claim.

Both states are also on the receiving end of a renewed charm offensive by the United States, which is holding joint military exercises in the Philippines to be attended this week by U.S. Defense Secretary Ash Carter.

Vietnam and the Philippines would discuss patrols and exercises, but a deal this week was unlikely, a senior military official told Reuters.

"These are initial discussions," he said. "These may take time but we would like to move to the next level."

The official spoke on condition of anonymity because he was not authorized to speak to the media. The information was confirmed by another defense ministry source in Manila.

Naval patrols between the Philippines and United States were proposed by Manila in January. They could happen within a year, a foreign ministry official said.

"The two sides are still talking about this," the official told Reuters.

Vietnam and the Philippines agreed on a strategic partnership in November to boost security relations as China expands its presence in the strategic waterway and deploys military equipment in the Spratly and Paracel islands.

Their closer ties mark a bold step in a region where China's economic influence has made some countries reluctant to take a joint stand against its maritime maneuvering.

The meeting between Vietnam's vice defense minister, Nguyen Chi Vinh, and Honorio Azcueta, the Philippine undersecretary of defense, is scheduled for Thursday and comes as a court in The Hague nears a decision in an arbitration case lodged by Manila.

The ruling in the case, which seeks to clarify parts of a United Nations maritime law, could dent China's claim to 90 percent of the South China Sea, parts of which Taiwan, Malaysia and Brunei also claim.

The South China Sea will figure in the talks between the two countries, as will bilateral exchanges, information-sharing, military logistics and defense technology, the sources said.

Vinh would tour Philippine bases, including a major naval facility. Vietnam's state media has not reported the visit.

Two Vietnamese frigates made port calls to Manila in 2014 and a Philippine warship may do the same in Vietnam this June. Troops from both sides have played sports together twice since 2014 on disputed islands they occupy.

Two Japanese escort ships arrived at an international seaport in the south-central Vietnamese province of Khanh Hoa on Tuesday to commence their visit to the Southeast Asian country.

This is the first visit to the port by the Japanese naval unit, according to Morishita Osamu, commander of the two vessels.
The occasion is aimed at sharpening the skills of Japanese naval officers via an extended sea journey as well as an exchange of activities with their Vietnamese counterparts.

Being a free and open maritime area, the East Vietnam Sea plays an essential role in the peace and prosperity of the region, Hiroshi quoted the Japanese minister as saying.

Maintaining the East Vietnam Sea as a tranquil and safe maritime route in accordance with international law has become a top priority in determining stability for the region and the world, according to Minister Nakatani.

He also evaluated the Cam Ranh port favourably, saying that the facility, in its strategic location, would provide vital assistance to the cooperation of civil and military ships from many nations.

The Japanese minister hoped that more visits to the Vietnamese international seaport could be conducted by the Japan Maritime Self-Defense Force in order to further deepen the relationship between Japanese and Vietnamese people, the military, and the two navies in particular.

The visiting naval unit from Japan is scheduled to meet with leaders of the Khanh Hoa People’s Committee and the 4th Regional Command of the Vietnam People’s Navy.

Officers from both two naval forces will also participate in friendly volleyball games.

Following the exchange, officers on the two escort ships are expected to carry out a training session with their Vietnamese counterparts, focusing on exercising the Code for Unplanned Encounters at Sea (CUES).

The naval ships are both equipped with multiple artilleries, surface-to-air missiles, and anti-ship missiles.
Prior to the visit to Vietnam, the two vessels, accompanying a submarine, arrived in the Philippines for the first time in 15 years, AFP reported.

Their journey to the two nations started on March 19 and is anticipated to conclude on April 27, according to Osamu.

With very little fanfare, JS Hakuryu sailed through the heads about 11:00am, accompanied by two Japanese Maritime Self Defence Force warships and led by HMAS Ballarat.

The Soryu class Hakuryu is the first Japanese submarine to enter Sydney Harbour in three quarters of a century, and will take part in Exercise Nichi Gou Trident with the Royal Australian Air Force and Royal Australian Navy.

"This exercise, which has been conducted between Australia and Japan since 2009, is an opportunity to develop and enhance the bilateral naval relationship by practising maritime skills and improving levels of interoperability between our two navies," the Defence Department said in a statement.

"This is the first opportunity to conduct the exercise off Sydney."

The Defence Department said the joint exercise aimed to "improve interoperability and mutual understanding" between the two navies.

HMAS Ballarat, HMAS Adelaide and HMAS Success will take part in the exercise, along with aviation elements including Navy's 816 Squadron's S-70B Seahawks and the Air Force's AP-3C Orion and Hawk 127 aircraft.

Japanese officials were also using the opportunity to show off the capability of their high-tech Soryu class submarine that Tokyo hopes would be selected as the preferred model for Australia's future submarine fleet.

Japan is locked in a Competitive Evaluation Process with France and Germany to decide who will be selected for the lucrative $50 billion defence contract.

Jean Nysen, 93, was then serving in the Women's Royal Australian Navy (WRANS).

"It was a terrible shock and we couldn't do anything about it," she said.

"They were building the boom net and they were preparing people for any invasion." 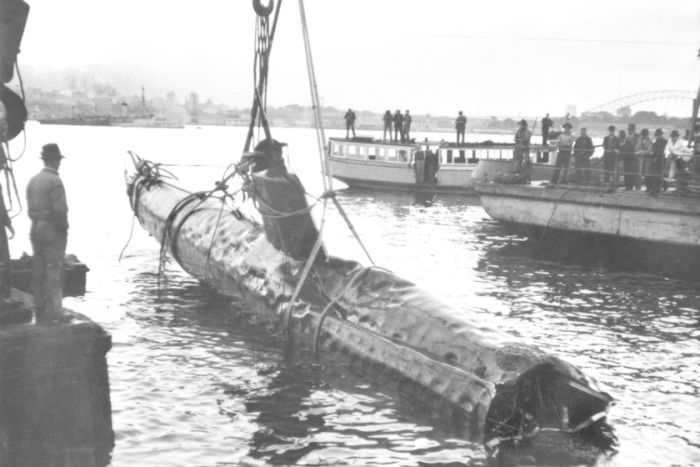 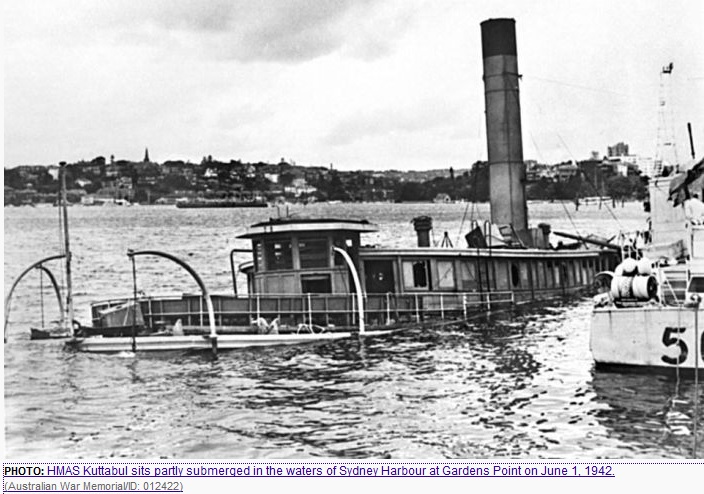 JLENS? That's the only blimp program I'm aware the US currently has.

Oh, perhaps this one:

Anyhow, I'm reminded of the blimp-that-escaped incident that happened in recent memory....

More on US assistance:

Anyhow, I'm reminded of the blimp-that-escaped incident that happened in recent memory....

Two USMC MV-22 Ospreys stationed at Air Station Futenma transported 20 tons of water and food supplies to the earth quack hit Minami Asomua in Kumamoto Prefecture on April 18th. The Ospreys took off from Air Station Iwakuni and first went to JGSDF Takayubaru Camp to load up on the aid goods. After that, the Ospreys went to deliver the goods to Minami Asomura.

The Osprey's activities were limited to food delivery and the transportation of SDF personnel according to US defense official Davis. Also on April 18th, an MV-22 Osprey landed on JS Hyuga to load up on aid materials. The US sent four Ospreys to Air Station Iwakuni.


Does the USAF use HE-I or APHE or something like that for the GAU-8/A? Uranium is not really the ammunition of choice against ships.

I hope that for the most part DU isn't used any more...heavy armor is almost never the target and besides being more effective, HEI would be slightly less of a mess to clean up. If you used DU on a ship it would just come out the other side...

Indeed. Actually, there's a scene in the The Hunt for Red October book where an A-10 pilot doing patrols idly wonders what his 30mm cannon could do to the Kirov.

In fact they were flying a mock attack on Kirov with illumination flares.

The Philippine Navy will send one of its two warships to Brunei and Singapore to participate in counter-terrorism and maritime exercises next month.

The warship, BRP Gregorio del Pilar, a former US cutter, will depart the country this week, according to Lt. Cmdr. Marineth Domingo, the Navy's acting public affairs officer.

Domingo said BRP Gregorio del Pilar will leave Manila South Harbor's Pier 13 on Wednesday following a send off ceremony. It will be joined by a Navy helicopter and about 120 troops, among them personnel from the Naval Special Operations Group

The warship will first participate in a counter-terrorism exercise in Brunei and Singapore from May 1 to 12, then proceed to another naval exercise with Brunei from May 10 to 17.

On April 26th, a JMSDF large type destroyer equipped with a wide deck similar to that of an aircraft carrier made a port call to the Philippines, thus advancing efforts in strengthening relations between the SDF and the Philippine military that is in opposition to China regarding territorial rights in the South China Sea.

Making the port call is the JMSDF large destroyer "Ise" that belongs to Kure Naval Base.

This month on the 12th, Ise was dispatched to a naval review held in Indonesia, and along with 30 other countries including Japan, America, and China, participated in joint training that is presumably based on humanitarian assistance activities. After that, on April 26th Ise arrived at the port in Subic Bay which is in Luzon island that faces the South China Sea.

Because of Ise's feature of having a wide deck similar to that of an aircraft carrier, it can load many patrol helicopters, and thus it has high capabilities in observation and guard against submarines.

With a JMSDF training submarine making a port call to a Philippines that is in confrontation with China regarding the South China Sea on April 3rd, the relation between the SDF and the Philippine military is strengthening, and it is seen that these port calls also aim to restrain China's growing advancement into the ocean.

Large destroyer Ise's Captain Masaki Takata said that "now we have plans to have friendly training with the Philippine Navy and I want to continue advancing relations building." 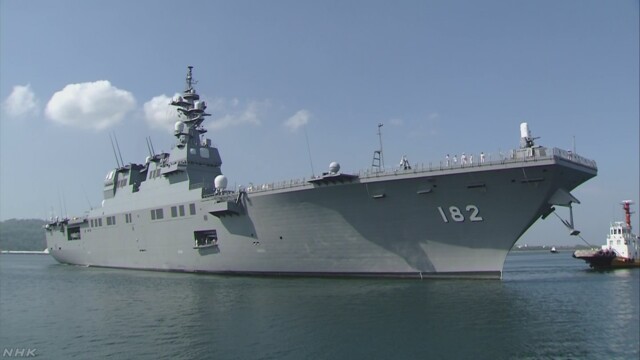 Also tagged with one or more of these keywords: USA, Japan, the Philippines, Vietnam, Australia, Taiwan, China, South China Sea