sounds like their stock cursing includes "death to Israel" sigh.....

I am not sure who if anyone to cheer for in this one, guess I get more beer and popcorn.

The Houthis seem as competent as the Saudis are incompetent.

Remarkably competent for a bumfakistan to say at least...

US trained Presidential Guard acting as cadre and voenspets. Ali Abdullah Salleh's people. Plus decades of war with the South.

Tochka and Dvina(SA-2 Guideline) strikes on Saudi territory and in Yemen.

The fighting just outside Sanaa is heating up:

Aden (AFP) - Yemeni loyalists killed at least 20 Iran-backed rebels Saturday in a pushback against insurgents seeking to retake positions to the northeast of the capital they control, military sources said.

"The Huthis (rebels) on Friday launched an offensive in the direction of Jabal al-Salb in Nihm" district of Sanaa province, "but were repelled on Saturday morning," a loyalist commander told AFP.

"At least 20 Huthis were killed" since Friday night, another military source said, adding that an unspecified number of loyalist troops also died in the fighting.

Forces loyal to Yemeni President Abdedrabbo Mansour Hadi and the Saudi-led military coalition supporting them have sent troops and armoured vehicles to reinforce the district.

Another six loyalists were killed on Saturday in a rebel rocket attack on the presidential palace in Marib, a town east of Sanaa under loyalist control, a pro-government military source said.

A photo from the article of a loyalist rocket launcher in action: 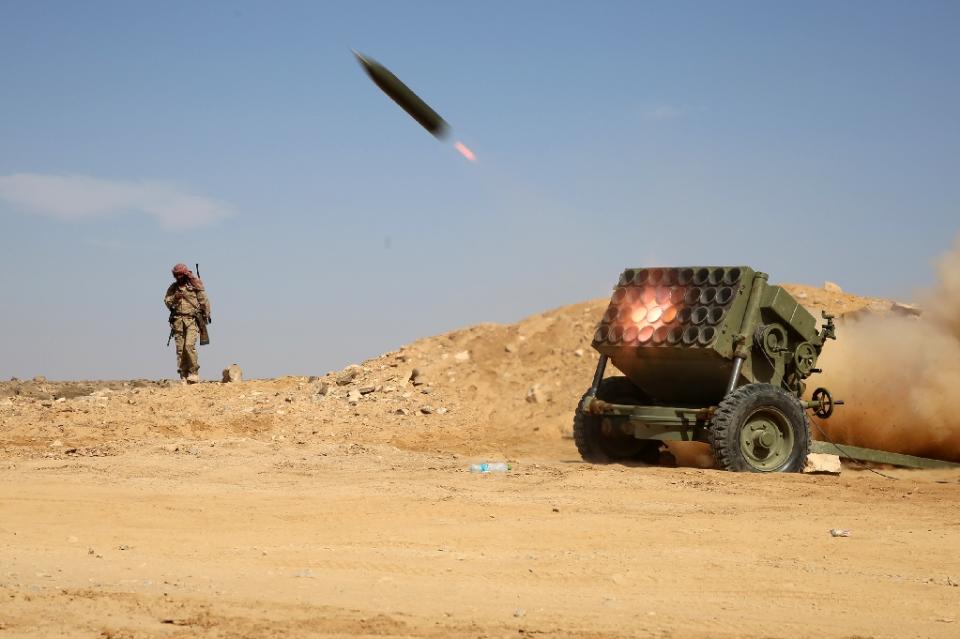 Another story about a Scud fired from inside Sanaa being shot down by Saudi-manned Patriot ABMs has this photo of Houthi militiamen at a rally inside the city carrying SKS rifles with flags attached through the barrel loop on the rifle's folding bayonet: 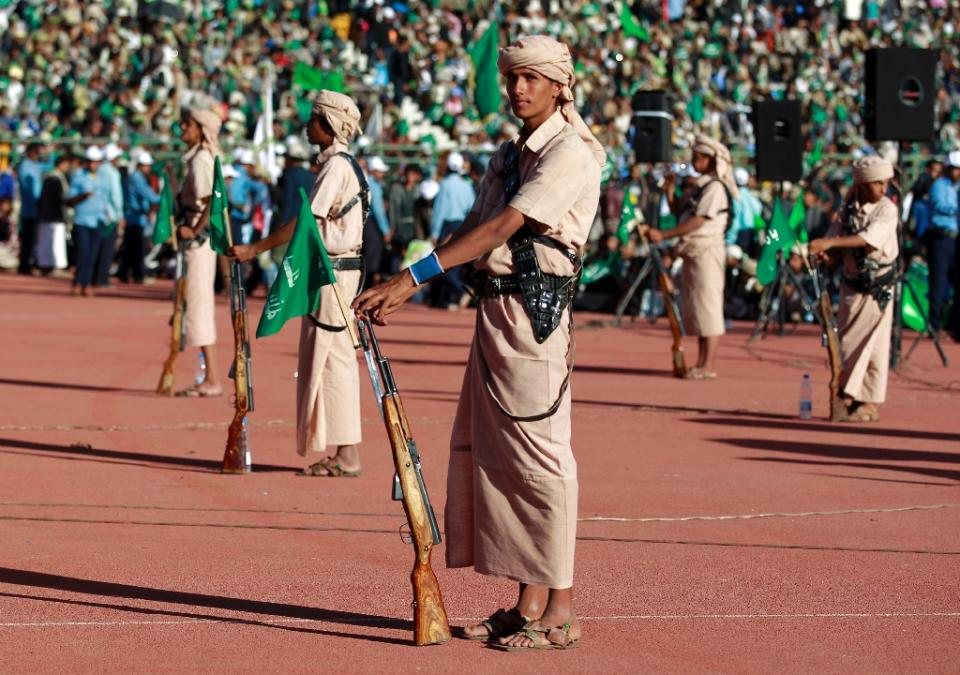 I remember reading that these were supplied via Croatia... Just can't remember where I read that... Mycity military forum, maybe.

EDIT: Actually, I think that was about M63 being supplied to Peshmerga. My memory is really not what it used to be.

"Loalist" in this context means loyal to Hadi.

Is there even any fighting going on near there? Or are they just deliberately poking the bear?

Is there even any fighting going on near there? Or are they just deliberately poking the bear?

Payback for being provoked into sending their tankers into Yemen to fight Iranian backed rebels. Rebels that caused the US to escape from Yemen. So the US probably won't care too much.

Lots of fighting. The US chose to abandon Ali Abdallah Salleh. The y backed Hadi....and lost.