Meanwhile in Ukraine, so called "veterans" headed by former commander of the Azov Battalion, Andriy Biletsky,  labeled by the U.S. State Department as a "nationalist hate group", issued ultimatum to Gov that they will not allow any withdrawl of Gov forces from frontline - and will take their positions if needed

Just when you thought you've seen all Kiev government is capable of in regard with either licking up the neonazis bottom (or also using them to achieve their own goals), that they've reached the barrel bottom - someone knocks from down below.

At a neofascist metal gig in Kiev on Sunday (legal).

Holding a speech from the stage to the band and the fans: "Thanks that you're there."

And still in office, of course.

I'd like to ask: Could anyone imagine seeing Frank Walter Steinmeier or Édouard Philipe or even BJ of UK, bless him, doing this - and not being kicked outta office the very next day or even the same day?

This "revolution of dignity" bears such dignifying fruit. What were the Western governments (and others I culd naem) thinking when this all started?

And still in office, of course.

I'd like to ask: Could anyone imagine seeing Frank Walter Steinmeier or Édouard Philipe or even BJ of UK, bless him, doing this - and not being kicked outta office the very next day or even the same day?

This "revolution of dignity" bears such dignifying fruit. What were the Western governments (and others I culd naem) thinking when this all started?

To add extra flavor of Ukraine to this : the concert PM attended was organised by Andrey Medvedko, "C14" member believed to be responsible for murder of Oles Buzina (he is officially on house arrest for it)

Way of Ukrainian hero, one of those NATO want to exchange experience with 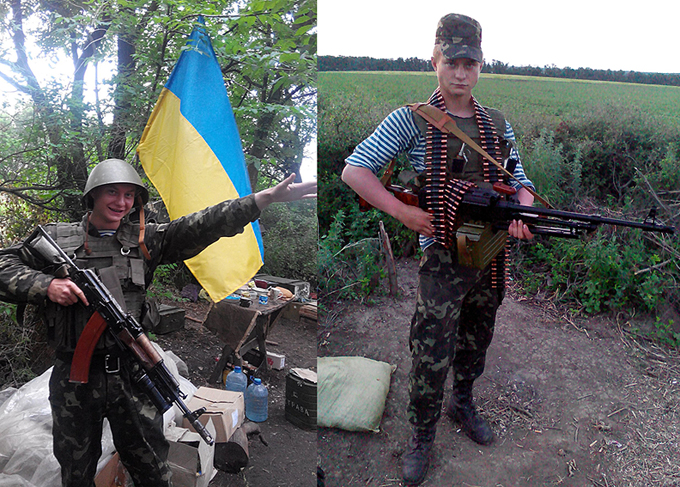 After meeting pro-Russians in Shakhtersk, July 2014 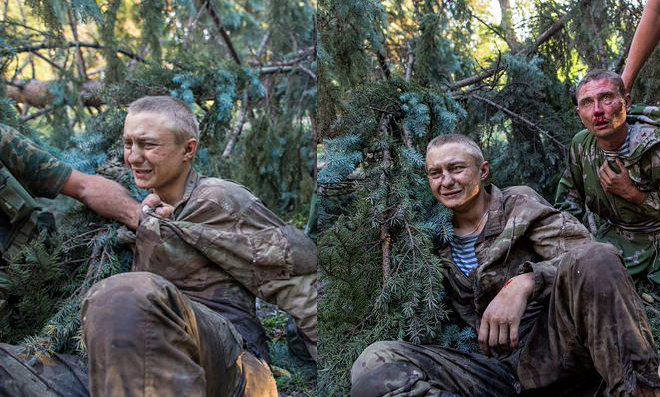 He was released later - but lesson he learned was it is safer to @fight Russia" at good distance, so now he is "fighting" by destroying Jukov's memorial in Odessa

As 5 years of "investigation" passed by, "investigators" still fail to provide any plausible version to accuse Russia of MH17 shot down, so now they are trying to establish some kind of political links. By the way "a separatist commander nicknamed Demon"  mentioned in the article is most likely Igor "Bes" Bezler, Crimea-born ethnic German from Gorlovka, known for his uneasy relations with DNR leadership and his independent position
https://www.theguard...-ties-to-russia
MH17 investigators say phone calls show Ukraine rebels' ties to Russia

Ukraine foreign affairs ministry issued guide for media on how to defend Nazi "Azov" regiment reputation following 40 US Congress members demanding it named terrorist organisation (document in Ukrainian, but they have key points in English)

This one actually caught the attention of a US media outlet:

KYIV, Ukraine—When Deputy Secretary of State George Kent spoke at the U.S. House of Representatives impeachment hearings this week, he painted a powerful picture of Ukrainian bravery in the face of Russian aggression.

In 2014, when “Russia invaded Ukraine” and occupied 7 percent of its territory, Ukraine’s state institutions were “on the verge of collapse,” he said. But “Ukrainian civil society answered the challenge. They formed volunteer battalions of citizens, including technology professionals and medics. They crowd-sourced funding for their own weapons, body armor, and supplies. They were the 21st-century Ukrainian equivalent of our own Minutemen in 1776, buying time for the regular army to reconstitute.”

But Kent most likely did not have in mind the most famous—and infamous—of those volunteer units, the Azov Battalion, which 40 members of Congress have asked the State Department to designate as a Foreign Terrorist Organization. Some of its members are neo-Nazis, white supremacists, and avowed anti-Semites.

Are the Azov fighters, in fact, “Minutemen” or monsters, freedom fighters or terrorists? Or in some cases both?

Angry demonstrations here about those congressional efforts to get Azov declared an “FTO” suggest just how complicated and treacherous the political and military landscape has become in this nation fighting for survival. It is another factor—along with the extortionate, allegedly impeachable games played by the Trump administration—weakening the position of President Volodymyr Zelnsky as he struggles to achieve an equitable peace with Vladimir Putin.

The congressional letter addressed to Secretary of State Mike Pompeo, and pushed by freshman Rep. Max Rose (D-NY), portrays Azov as part of an ultra-right-wing “global terrorist network” analogous to al Qaeda or the so-called Islamic State, but one bent on attacking Muslims, Jews, and people of color. The letter notes that the man who carried out the mosque massacres in New Zealand last March, killing at least 50 worshippers, claimed he trained with the Azov. His livestreamed slaughter then inspired murderers in the United States who targeted a synagogue in Poway, California, and Hispanic shoppers in El Paso, Texas.

The Oct. 16 letter quoted a tweet a week before by Rita Katz, director of SITE Intelligence and a Daily Beast contributor, after the synagogue attack in Halle, Germany, on Oct. 9. Katz noted “the similarity between this video” in Halle and the New Zealand attacker’s, concluding it was “another installment from a global terrorist network, linked together via online safe havens much like ISIS.” Symbolically, at least, Azov has become a rallying point for the neo-Nazi international community.

The State Department response to the letter was non-committal, denying that its failure to designate various foreign groups as terrorist organizations had anything to do with “ideology or motives.”

It should noted here that congressman Rose is an combat veteran who served in Afghanistan and he still serves in the US National Guard. So he does understand the realities of combat.

"Nice" story from Kiev indicating how "fruits o Revolution of dignity" and war against Donbass now coming back home:
https://www.rt.com/n...man-boy-killed/
Gunman kills 3yo boy in Kiev, in apparent assassination attempt on his dad, a prominent public figure

two gunmen were quickly found  (they were not actually hiding too much) -both are young (18 and 19 years old) Right Sector Nazis and "heroes of war against Russia", one of them described as "one of best snipers of this war", personally decorated by Prsident Poroshenko

https://www.facebook...18091078439044/
Imagine how this people behaved on occupied territory, if own capital is just hunting ground for them.

Pretending to be prous of facial similarity with Bandera and supporting Ukr Army - and then complaining about consequences.... 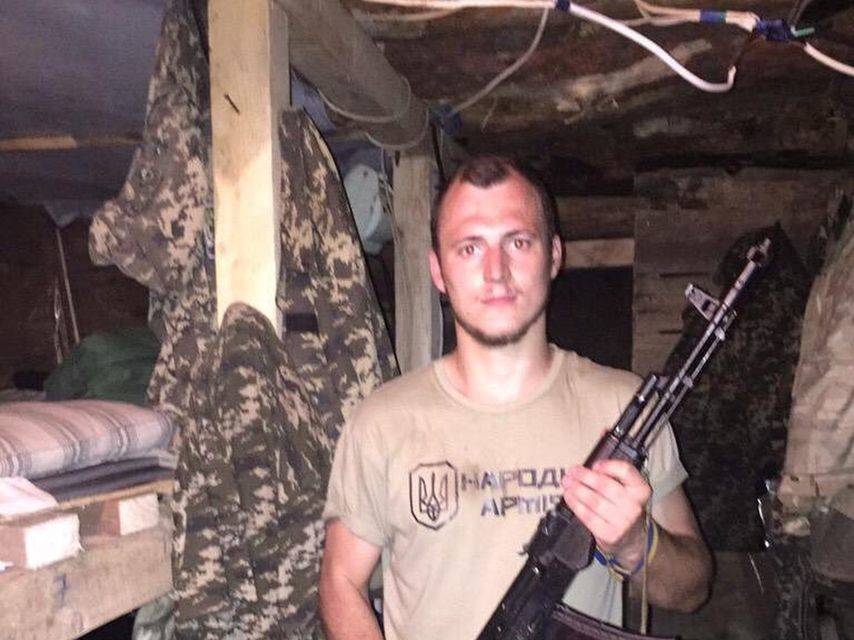 this is apparently old news, but i just now learned of this

â€‹â€‹flooding the Yunkom (Yuny Komynar) former coalmine which was used for a nuclear test in 1979.  The scale of radioactive contamination of soil and water sources could prove catastrophic.

Staff at the Yunkom mine in Bunhe told the OSCE’s Special Monitoring Mission that some of the mine’s pumps would be shut down on 14 April.  This will lead to the gradual flooding of the mine, including the capsule in which a nuclear device was detonated on 16 September, 1979.  Although nobody knows how the capsule will react under water, the risk of major contamination throughout Ukraine’s independence was always considered much too high and pumps were constantly repaired to keep the mineshaft dry.

besides that, some ukrainian scientist are guessing that already 90% of groundwater in the donbas area is contaminated from mining wastewater that has reached the ground water level.

the nuclear test itself was apparently 0,3kt , testing the possibility of removing the mine gases from yunkom, soviet´s most gaseous coal mine.

this is apparently old news, but i just now learned of this

This story is very popular among pro-Ukrainian talking heads - next to everyone mention it when telling stories of "why Donbass is doomed". It is the same people who were predicting Crimean bridge to be washed away by moving ice in first winter.
In fact measurement of rock and ground water in 1979—2000 indicated no increase of radiation above ambient level, and some experts believe stopping pumps will reduce potential risk of radiaton spreading because it will reduce water circulation. So it is not even close to global events like Fukushima Daiichi meltdown.

Pretending to be prous of facial similarity with Bandera and supporting Ukr Army - and then complaining about consequences.... 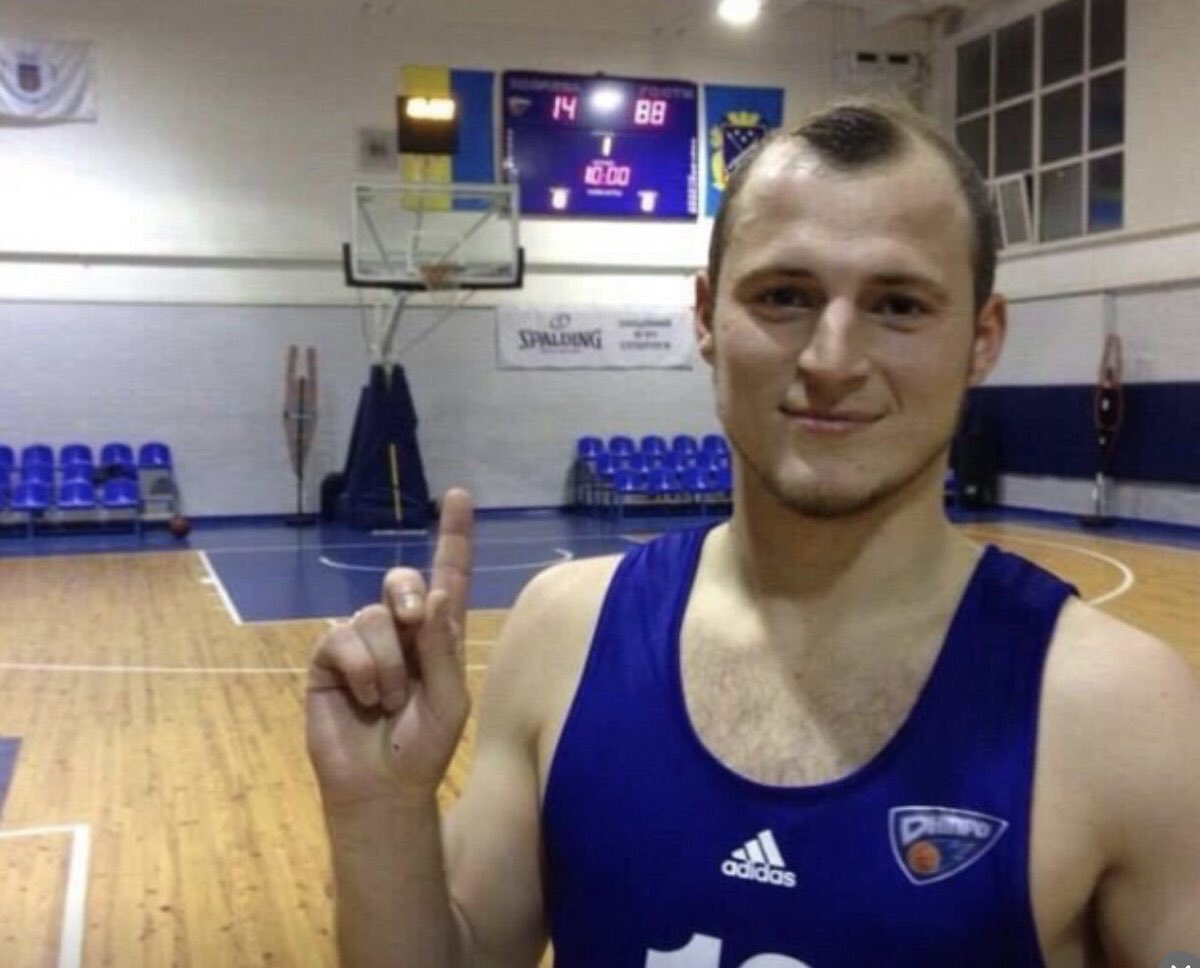