91 replies to this topic

About time to get one of these going for WoWs.

I re-bought the Cleveland after so many were drooling over it due to HE-spam on the wotlabs forums.  It's... fine.  Nowhere as good as it was and frankly I'm starting to think the fire thing is getting blown out of proportion.

However, when enemies ignore you, you can still have games like this: This now qualifies as an awesome game in a carrier. 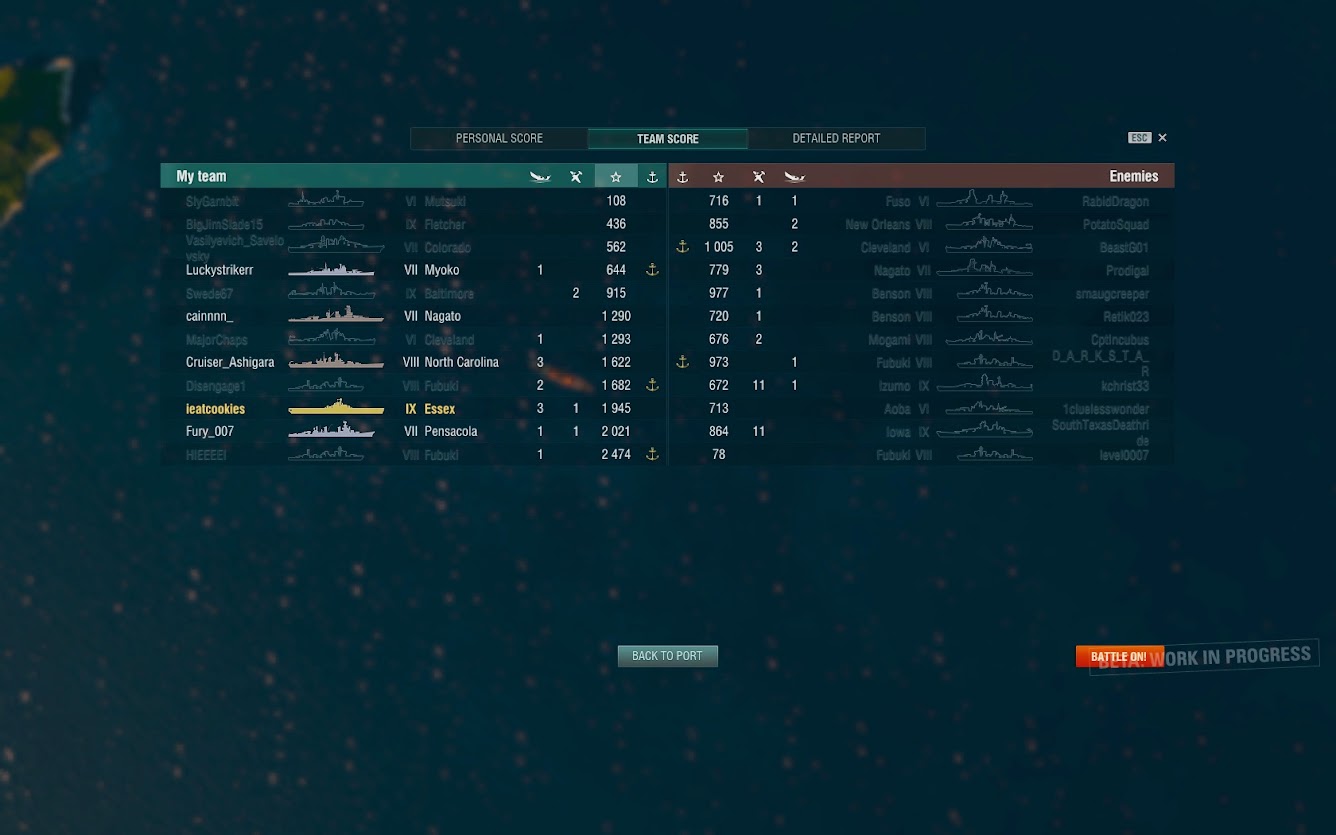 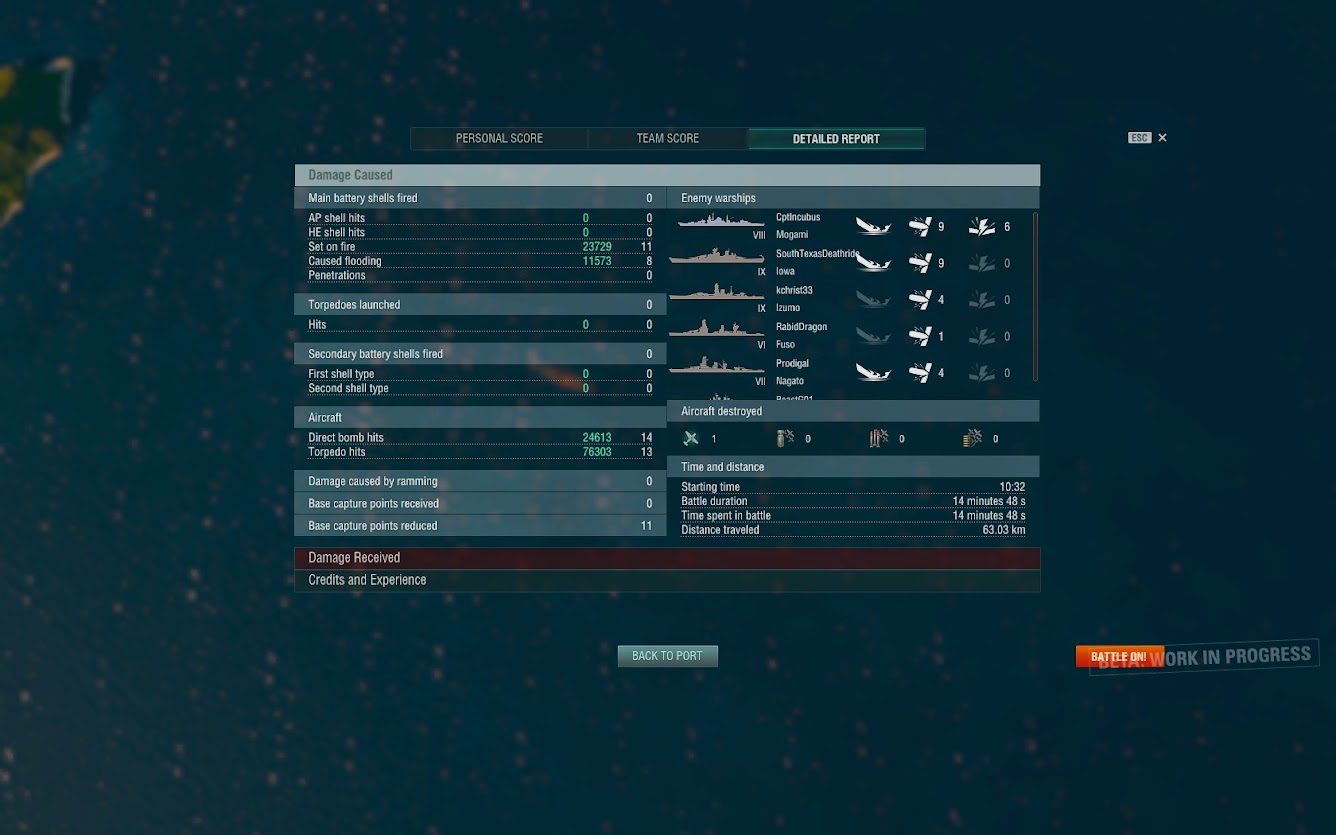 I just lowered my expectations and decided I was going to lose 1/3 of my planes per strike, so I would just load up and Sunday Punch targets as they appeared. I was lucky that no cruisers popped AAA or else my losses would be much worse.

Second ~150k dmg game in my last seven in the Ryujo as I abuse the new ez-mode torp drop spread.  Hardly anyone is running fighters now and even when they do they don't know how to use them (as USN you can just park them off the IJN CV and have them only focus on TBs... you have enough ammo to kill 2-3 which drastically cuts down the runs they can make per game). So I just got my Des Moines, and got into a small match. Umm... how is this ship even fair? 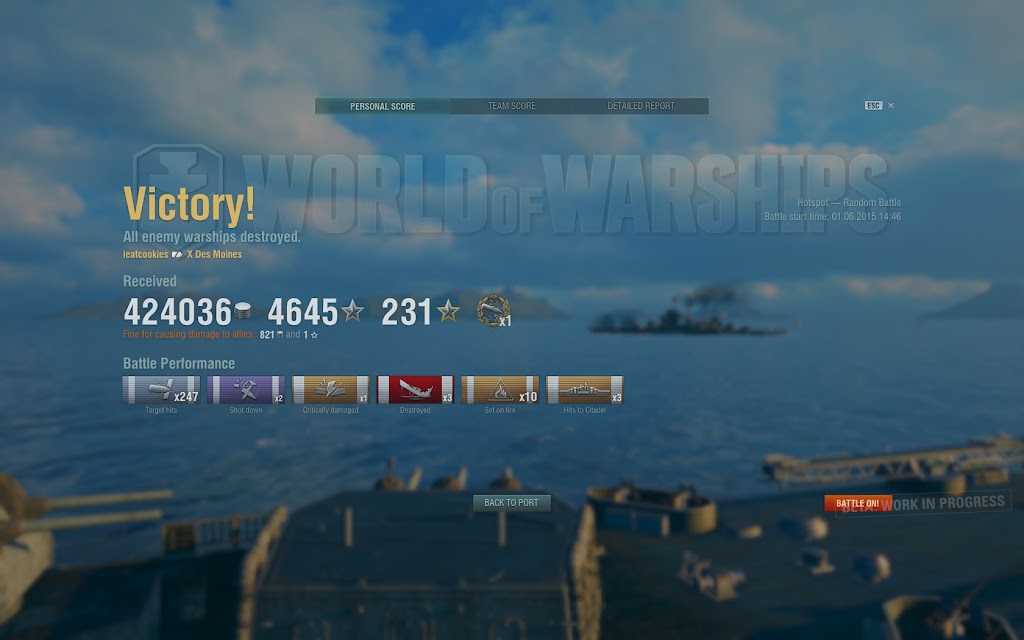 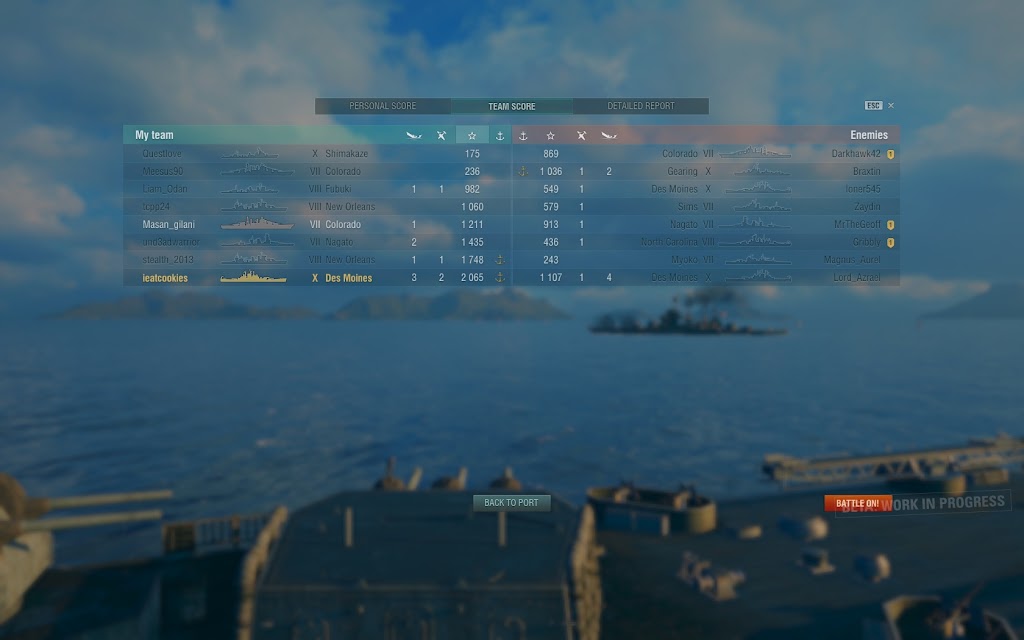 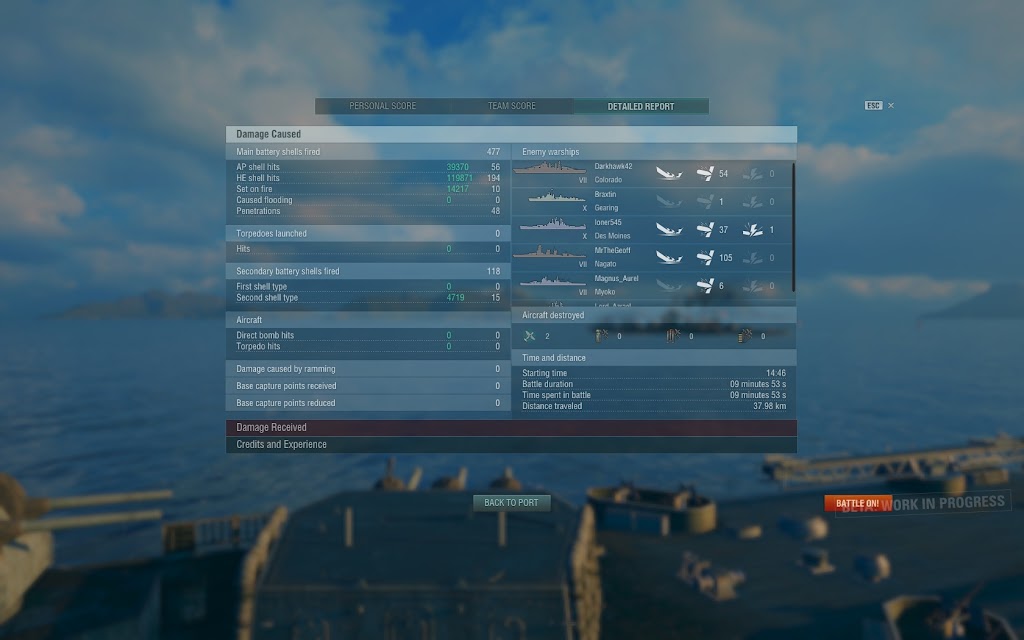 The Cleveland still has its moments (no buffs used, standard account): It's not what it used to be (which is a good thing, don't get me wrong).  It's just a lesser Atlanta right now.  Note how everything is HE.  Ap with 152 in-game is so situational as to almost be nonexistent.

First game in the Murmansk On second thought maybe this is the best time to knock out the lower tiers.  The majority of opponents clearly don't understand the game yet and I can knock out this low tier BS as painlessly as possible. I just did a battle in Chikuma were I fired 63 HE shells and 42 hit which is 0.67% hits which is unheard of in pre-radar and computer controled FCS.

Just goes to prove the point I've made before. To enjoy any of the games they make you have to set your historical knowledge base to OFF as you sign in.

Yup, they make first person shooters where the players run around in tank, airplane or ship skins.

My second 100k dmg game so far in OB.  What was... interesting was that I was the only carrier facing off against enemies with no AA so basically just a shooting gallery.  Yet, even with hit after hit from every run my team was dying just as fast.  Ended up being a really close game! My Bogue teammate was an idiot and just sat where he spawned and was left behind as our team moved in one direction.  Then when the enemy started pushing towards him he ran into an island and guaranteed his death (pointed out his retard move in game and messaged him afterwards in case it didn't sink in).  If he had simply moved with the team and kept the enemy CV at bay I would've easily won the game on my own.  Instead, I pull almost 100k in a losing effort because of that moron (and one AFK player).

Almost 136k dmg in an Omaha and they're talking about buffing this thing! If you stay alive for the whole match you can lay down some serious fire from the Omaha.  I didn't shoot much this match but I was able to take out 3 cruisers, an Omaha, Kuma, and Phoenix because they let me shoot at their flanks with ap while they sailed along spamming HE.  The 4th kill was a destroyer.

IIRC the most kills I've ever had in a game was 3.

The Omaha may actually be a better ship than the Cleveland now when you consider the enemies it sees on average and with all the knocks the latter has gotten since CB started (which, to be fair, were needed).  It still amazes me that anyone can think it needs to be buffed.

Definitely keeping mine when I unlock the Cleveland in the near future.

I'll sell it but only because I have the Murmansk which is basically an Omaha with longer range and better torpedoes.

Penultimate game in the Omaha BBs who don't even try to dodge do wonders for hit count.  I had my camo set to auto replace so I have to run one more game before I sell the ship since camo can't be removed once bought.

Penultimate game in the Omaha BBs who don't even try to dodge do wonders for hit count.  I had my camo set to auto replace so I have to run one more game before I sell the ship since camo can't be removed once bought.

Back to WOWS World of Warships