For Stuart Galbraith And Anyone Into Bizarre Rail Safety Vids

I read somewhere it was the 1960's, so I guess it must have been split up at some point. Im surprised they werent bought up by someone else, considering how the West German economy was thriving at that point.

I read somewhere it was the 1960's, so I guess it must have been split up at some point. Im surprised they werent bought up by someone else, considering how the West German economy was thriving at that point.

Back in the 1990s, I remember a site inspection with representatives of a German manufacturer of rolling stock:

"Ah, you are the guys from ADTranz".
"No, we are now DB Transportation Systems"

Lately the rail industry is suffering a strong concentration movement, also. See the merger attempt between the rolling stock branches of Alstom and Siemens, for instance.

Yeah, we did the same with our Aviation industry in the same period. With considerably less success it has to be said....

I saw a catalog of Henschel steam locomotives at one of my first workplaces. There were models with big reheaters or even prepared for coal dust as fuel.

The film is about a driver named Henschel, but the Henschel & Sohn factory actually started building steam engines in 1816. And manufactured all manner of heavy industrial machinery over the years until dissolution in the mid 1960ies. Maybe the driver was chosen for the film because of the shard family name?

Did they go bust? It was such a well established name, such as in aircraft and tanks, I never stopped to think (as with our companies) it was would have started doing something else.  Sounds comparable to William Fosters of Lincoln, except they made traction engines.

They have an entry on Wikipedia, according to which the company ceased operation in the 1950s, but then there are more modern locomotives with the Henschel brand, and one of those was the first German locomotive with three-phase motors.

From family owned Henschel & Sohn was transformed into a public limited corporation in the fifties with shares traded on the stock market and all. IIRC it kept on until the mid sixites. Then the parts sold off to the  from the german wikipedia page:

Henschel & Son GmbH
1953 Henschel took over the bankrupt WUMAG Hamburg and integrated it into the company as Henschel-Maschinenbau. High development costs and misguided developments were a burden on the company. In 1957, the previous Henschel & Sohn GmbH entered into a crisis due to sales difficulties in the truck sector, delays in armament orders of the German Armed Forces (HS 30) and too late conversions to diesel and electric drives in the locomotive program, as a result of which the owner Oscar R. Henschel resigned as managing director, changed the company's name to Henschel-Werke GmbH, and the company entered into a settlement[5].
Henschel-Werke AG, Germany
In 1958, Henschel-Werke, which had previously been family-owned, was sold to new shareholders.[6] With the licensed production of the HS-30 infantry fighting vehicle in 1959, Henschel returned to the production of weapon systems. In 1961 Henschel partly took over the diesel locomotive production of the Maschinenfabrik Esslingen, in the same year the last steam locomotive was manufactured. By 1962, industrial manager Fritz-Aurel Goergen, who was appointed to the Executive Board in 1959, had developed from a partner to majority shareholder. In 1962, he converted Henschel into a stock corporation and became the main shareholder; an IPO was planned. In 1963, the production of buses was discontinued. From then on, production shifted to heavy machinery and machine tools, with the addition of a significant proportion of military equipment.[5]
Rheinstahl-Henschel AG
In 1964 Rheinische Stahlwerke took over the shares of Henschel-Werke,[7] which changed its name again in 1965 to Rheinstahl-Henschel. - The majority shareholder Fritz-Aurel Goergen, who was also active in the management of the company, had led Henschel out of the severe crisis of 1957/58 and reorganized the company. Released on bail, Goergen, who was in health and mental distress, sold his majority stake in Rheinstahl. It was not until 1971 that it became clear that the accusations made against Goergen were unfounded. –
In 1969 the diesel locomotive production of Klöckner-Humboldt-Deutz (KHD) in Cologne-Deutz was taken over and the truck division was spun off to Hanomag-Henschel-Fahrzeugwerke GmbH (HHF). After the takeover of HHF by Daimler-Benz in 1971, the truck production of Hanomag-Henschel and Mercedes-Benz was initially merged and discontinued in 1974 under the brand name Hanomag-Henschel. Production at the former Henschel truck plant in Kassel was converted from Mercedes-Benz to commercial vehicle axles, making it the largest plant in Europe in this field.[5]
Thyssen Henschel
Rheinstahl AG itself joined August Thyssen-Hütte in 1976, and now the locomotive plant in Kassel was called Thyssen Henschel. However, the traditional name Henschel on the locomotives was retained. Together with ABB, ABB Henschel was established in Mannheim in 1990.
ADtranz
In 1995 ABB and Daimler-Benz agreed to merge their traffic technology divisions worldwide under the name ABB Daimler Benz Transportation ADtranz. On 1 January 1996 the name Henschel finally disappeared as a vehicle manufacturer. Rail vehicle construction continued under the name ADtranz, a wholly owned subsidiary of the then DaimlerChrysler group. Electric locomotives and diesel locomotives are mainly manufactured and modernized in Kassel. The electric locomotive series 101, 145, 146 and 185 were and are manufactured for Deutsche Bahn. Marketing the Transrapid proved to be difficult, but participation in the development of the ICE proved to be successful; the power cars of the first and second generation ICE trains were manufactured in Kassel.[8]
bomberdier
In 2001 ADtranz was sold to Bombardier Transportation, in 2009 the company still had 900 employees in Kassel[8].
Parts of the former Henschel plants in Kassel now belong to TKTR (Thyssen-Krupp Transrapid), while the former Henschel defence technology has belonged to Rheinmetall since the end of 1999 with the companies Rheinmetall MAN Military Vehicles and Rheinmetall Landsysteme.
Other former Henschel divisions also continue to exist as independent companies with the old brand name.

so basically after stumbling over the conversion from steam locos top diesel and electric Henschel history gets a bit convoluted. The german wiki page has a lot of pics of Henschel products: https://de.wikipedia..._Henschel_heute
I am always a bit surprised how modern the  last series of Henschel lorries looked for them being from the sixties.

For 40 Years, Crashing Trains Was One of America’s Favorite Pastimes
From 1896 until the 1930s, showmen would travel the country staging wrecks at state fairs.

skip the first 5 or 6 minutes of bad cornpone acting https://www.youtube....h?v=VxwaWt43Sz4 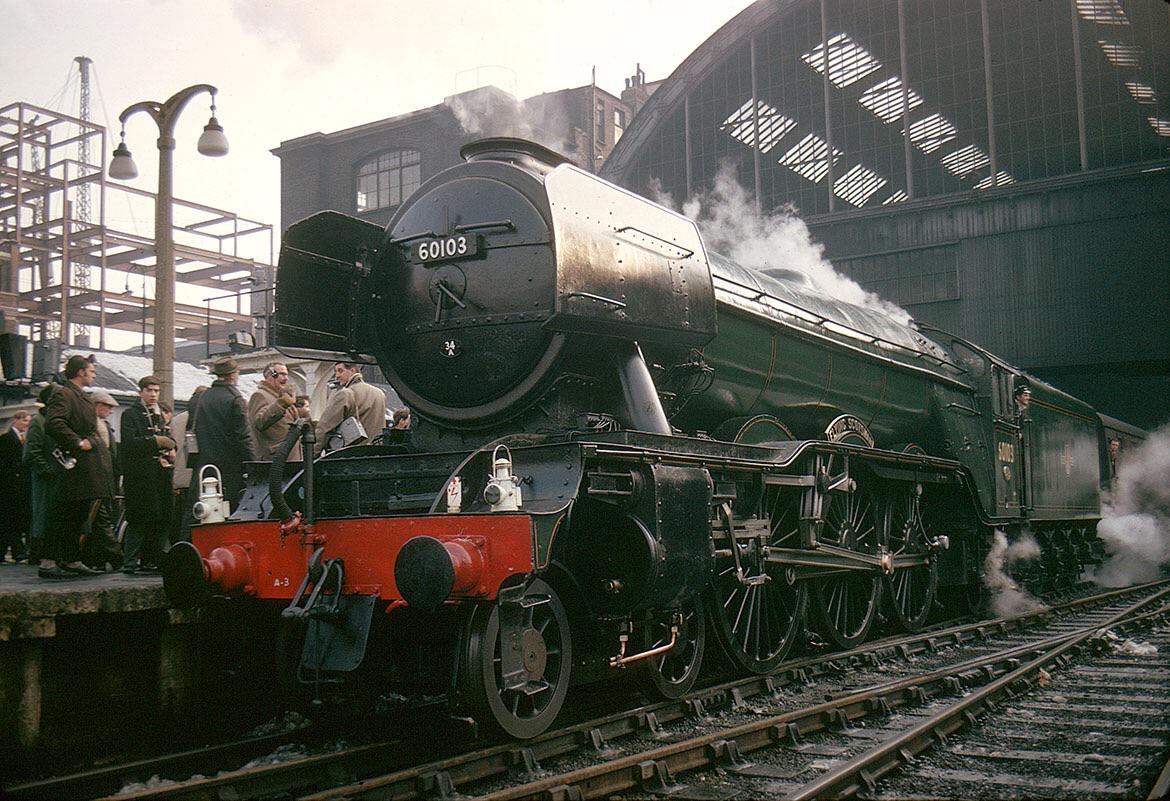 Nearly saw that one come through my station the other day. 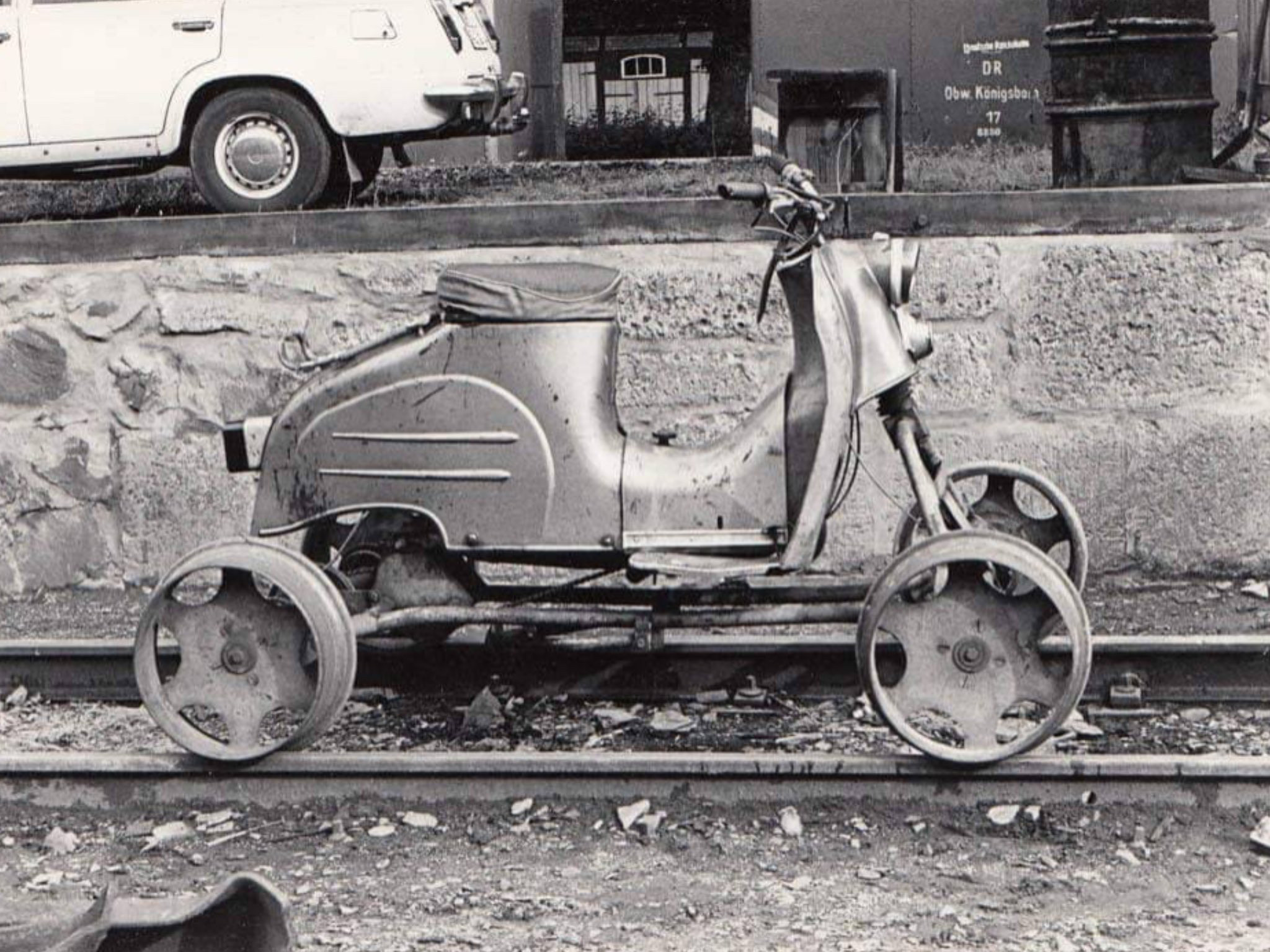 Just when you think it can't get stranger...

If that does not get BillB interested on railways, then nothing could. 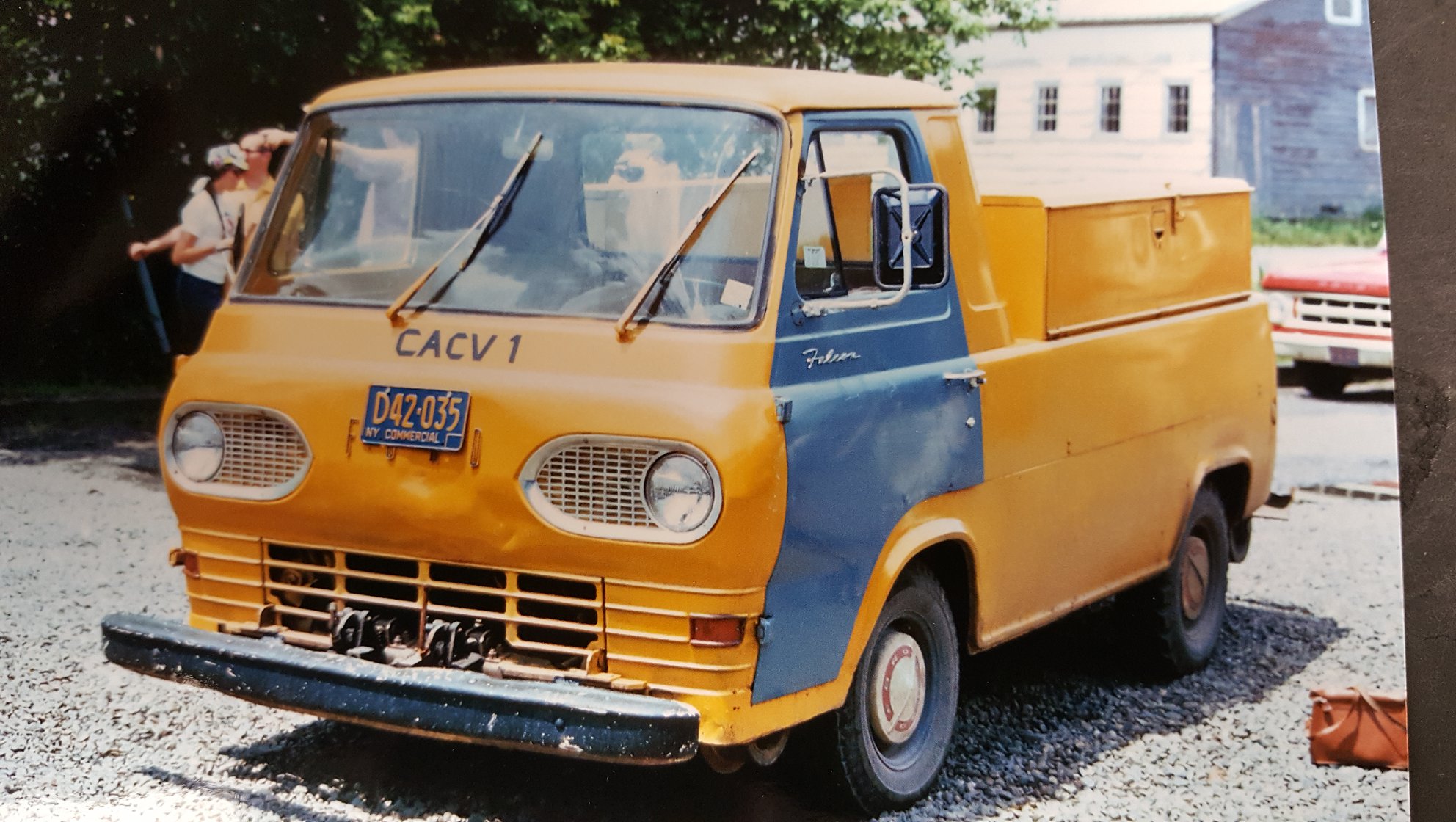 Tourism promotion between Shikoku JR line and Taiwan MOU. Part of the promotion is making stops in Taiwan at 32 stations that share the same name with train stations in Japan.

TAIPEI (Taiwan News) – The director of the Tourism Bureau of Taiwan, Chou Yung-huei (周永暉) on Thursday (July 18) flew to Japan on the first-ever direct flight from Taoyuan to Matsuyama, Japan, to sign a memorandum of understanding with the director of JR Shikoku, Shinji Han’i (半井真司), on deepening cooperation and expanding bilateral tourism.

Huang said that railroads, bicycles, and hot springs are tourism resources Taiwan and Ehime have in common and that he expects future collaborations to utilize these them in the future. Nakamura said he is excited to promote the charm of Ehime now that the direct flight route between Taoyuan and Matsuyama is finally in place.

Chou also announced a third “youth travel” tourism promotion campaign (青春・若旅2019) during the press conference. All university students studying at an institution in Shikoku are eligible to apply in groups of four on this page.

The organizers of the campaign will choose five groups of students, who will be invited to Taiwan August 25 to 29 with travel expenses covered by the tourism bureau. In return, the groups will come up with ideas to promote tourism for the 32 pairs of train stations in Japan and Taiwan with the same name.

Japanese travelers can also try to complete the "stamp passport of 32 Taiwanese and Japanese stations that share a name" (台日32同名車站集章護照) to receive a special gift from the bureau.

Map that indicates the 32 stations from the link. 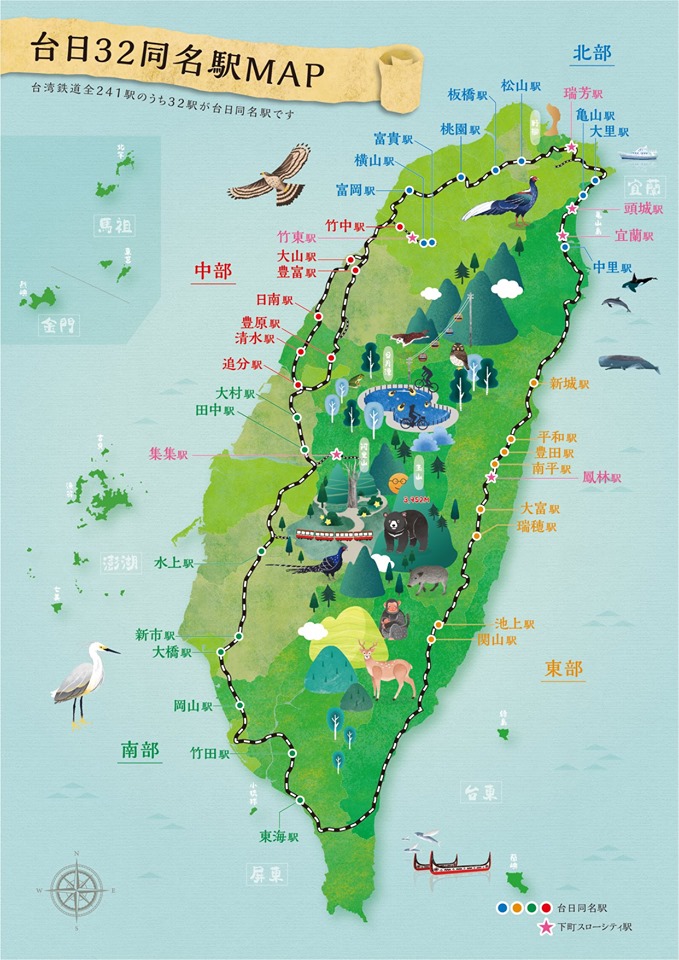 It is an old forward control style Ford van, that is equipped with high rail equipment.

Markus, you can see a rail wheel just in front of the front left road wheel.

Ahh, that little thing. A flip down railway wheel. I missed that on the screen of the phone.

First diesel engine to go in service locally in a city near me back in 1936. The city, Peoria, like so many American cities, used to have a rather large industrial base. However it has all but died off, especially with Caterpillar moving their plants to Mexico. Greedy bastards, however I don't blame them for leaving my anti business corrupt Marxist state. 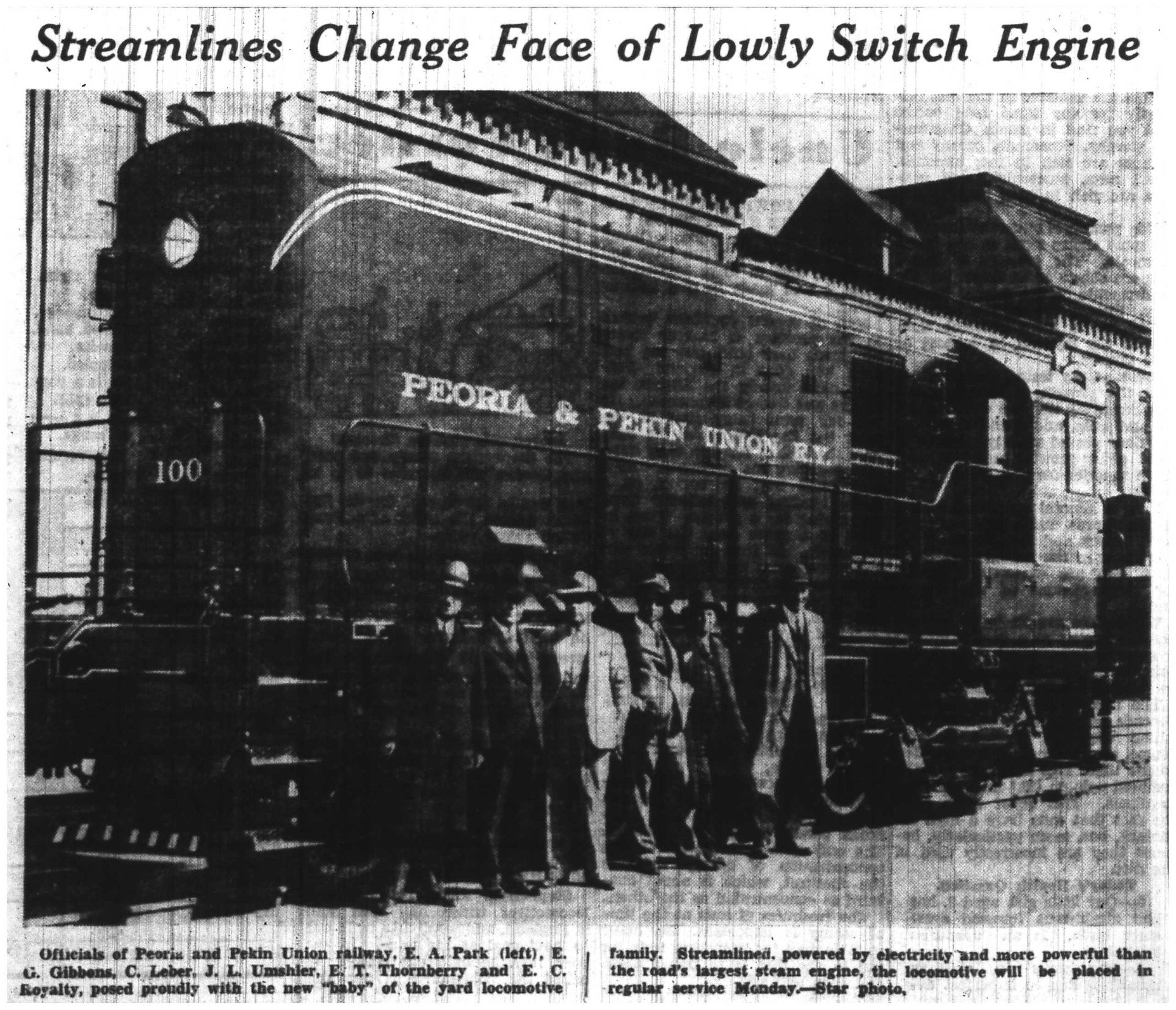