10 replies to this topic

Why it is here, in "Current military events"? Because President Nazarbayev, former Communist Party boss of Soviet Kazakhstan and then President for 30 years, was standing in the way of the region collapsing into anarchy of ethnic or religious nationalism - and, despite of him keeping the position of "father of the nation", it is highly likely now this place to go hot, with China and Russia interviening to prevent outbreak of terror (or clash over Kazakhstan falling apart). It is not unavoidable, but highly likely.
Seems like Russia was warned in advance - as new program of "increasing population of Russia by adopting 5-10 millions of Russian speaking refugees from primarily Russian speaking regions of Ukraine and Kazakhstan" was rushed in this autumn.

Also, yesterday Nazarbayev talked to Putin by phone ( https://www.bfm.ru/news/409714), and probably not only to him - Trump and Xi are likely candidates.

That may indeed mean trouble.

That may indeed mean trouble.

Not clear yet - he (Nazarbayev) is staying de-facto in "ruling from behind the scene" role as "father of nation" and head of Security council for life. The man appointed acting President is diplomat with Soviet experience (started working in Soviet embassy in Singapore in 1975) former ambassador to China, fluent Chinese speaker etc., believed to be China-leaning but more or less neutral to Russia. Clash is expected between pro-Western and pro-China political clans, as pro-Russian clan is wiped out by Nazarbayev himself long ago.

Nazarbayev got many relatives on important positions in state and business, so they will make everything to ensure family safety.

Russia +1. I dont imagine it will stop here.

Oh, Oh.  Seems like Russia's going to be handing out passports, again!

Protests against renaming were marginal and quickly suppressed 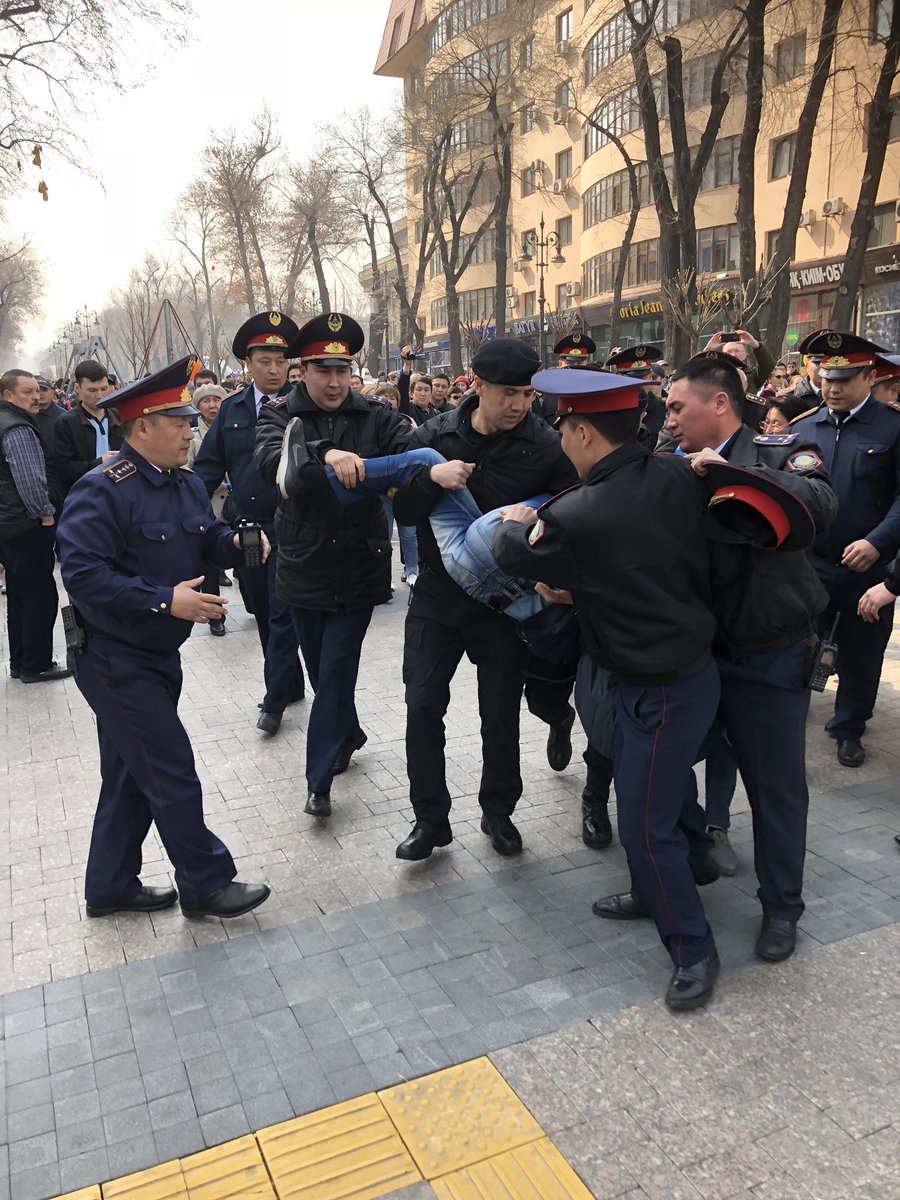 Probably got tired of opening doors with his elbows.

abdicating is not correct word, as Nazarbayev is keeping all main controls (army, law enforcement etc) in his hands via Security council, to ensure safe transit of power and his clan safety.