57 replies to this topic

My experience as a conscript:

95% of the meals is kitchen made, either stationary or field kitchen. Daily rations were issued when on terrain for a shorter periods of time and when a kitchen was cleaned.

Rest is SDO - "Suvi Dnevni Obrok"/"Dry Daily Meal" - which as noted covered whole day. It had:

- breakfast (can of sardines/liver or chicken pate + jam or honey)

- supper - can of the "Mesni narezak" (something close to, but not exactly SPAM) or ham or can of tuna.

- additions - bombons/chocolate/biscuits, instant tea/coffee were also included. Peppermint candies were 98% dextrose sugar and could double as a firestarters... 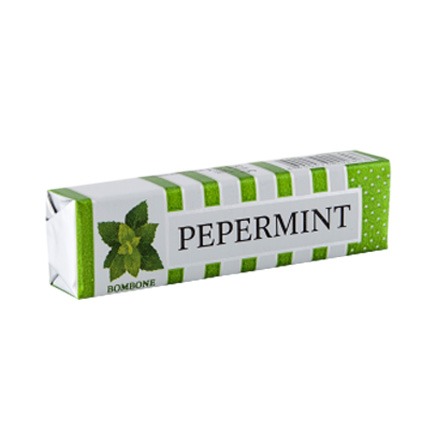 Bread was either given out in 1/4 loaf per meal or substituted for a crackers, comercial salty ones (I got hooked to a salty cracker + jam/chocolate spread that way

Most of food was decent to good, with exceptions of stuffed yellow peppers (I can not stand them to a point of them making me sick, so I exchanged them always), some abomination of the Moroccan sardines (all other brands were quite good...) and few other stuff. Most of the stuff was commercially available ones from a supermarket, except they had labels removed. Occasionally some old stuff would creep in, like 1991. made Gavrilovic ham which was fantastic and way better than a currently commercially available version.

Occasionally SDO was broken into portions and handled out in the plastic bags for a time when only part of day would be spent in terrain.

Plus there was a store in the barracks where you could but additional stuff, mostly at lower prices than in the commercial store. Until 2004. you could buy a beer there also, but heavens help you if you actually got drunk.

- Beans with bacon - great, even cold it was pretty good

- Beans with a hamburger - worse then both but still OK

- Beans with beef (IIRC this was substitute for a muslims instead of the previous two. Most muslims did not have problems with eating pork anyway, probably helped with a fact that this one, unlike previous ones sucked)

- "Rizi-bizi" - Peas/rice and chicken meat - universally hated but I actually kinda liked it if hot. Cold one was an abomination resembling solidified lard.

- Green beans with meat (either pork or beef) - kinda OK, again pork one was better

- Yellow peppers stuffed with rice/beef - I can not stand peppers, to a point of throwing up if I eat them. Only food I would not eat no matter how hungry.

- Peas with meat (and carrots) - called "SMB balls" , since it was the same color as an army standard green "SMB - Sivo-Maslinasta Boja - gray-olive paint" and generally not liked. Version with a pork sausage was somewhat better than the one with beef.

- Meatballs in the tomato sauce - taste was good. but it was not really filling

Early '60s US Army small unit kitchen. Panzermann, sauerkraut and bare weiners is not the most moral-building meal, IMO...

Sauerkraut if prepared well is a stuff of legends:

Anyone have any experience with what could be called a 24hr 'section' (ie 10 men) ration pack?

Does anyone do this sort of ration pack any more?

Not me, I had C-Rats and MREs when I was in, the mid 1980's were a big transition period for the US military.  I remember making C-rat chocolate pudding with the cocoa mix, creamer and sugar.

Thinking about those section 10-man ration packs Vietnam era - two cardboard boxes - heavy, reliant on either motor transport or even helicopters for delivery.  Canned foods, involved section / squad heating rations over a wood fire in supplied dixies.  Almost like a section kitchen. Mostly involved punching holes in the top of each can then heating the cans in boiling water.

MRE Steve has examples of most of what's been discussed above.

There was a recent video of a modern Chinese ration that was so bad he got flashbacks to a a proper near-death poisoning experience he'd had in the past. Protip: if it smells like chlorophyll and the chicken is stained green, don't eat it.

Let's get this out onto a tray, Nice. m'kay.

I opened a few spoiled  MREs over the years, thankfully they were quite obviously bad so no harm done.  However I still have a very vivid memory of a shotgunning a box of UHT chocolate Milk that had gone very badly off.

Back in the early '70s, I ate part of an outdated LRRP ration.  Since it was dried, it didn't spoil, but the metallic taste definitely indicated degradation.  Another ration from the same batch was fine.

I opened a few spoiled  MREs over the years, thankfully they were quite obviously bad so no harm done.  However I still have a very vivid memory of a shotgunning a box of UHT chocolate Milk that had gone very badly off.


I had a similar experience with some uht milk out in the field at Graf once. It was horrible.....

Do remember a can of slightly green apricots in a C-RAT.

Exploding cans of tomato sauce and Vegemite (deliberately placed in a fire of course) were a source of both amusement and concern, as the ejected hot fluids could burn both flesh (minor problem really) and burn holes in hutchies (shelter halves clipped together as a form of tent).  The burns to flesh would be accounted for on medical grounds, the holes in the shelter halves had to be accounted for to the Regimental Quartermaster.

The oil on top of c-rat peanut butter made a nice oil lamp.  We used to toss cans of c-rat jelly into the fire to watch them blow up, but you had to stay well back because burning jelly sticks.  I inherited a tank (m60a1) whose previous driver had decided to heat a can of c-rat beans and wieners in the heater duct.  He left it too long and it blew up coating most of the duct with tomato sauce and bits of beans and hot dog. For the next year or so every time we fired up the heater we were treated to the ghost of c-rats past.

You might as well have used that peanut butter oil in a lamp; there was NO WAY you could stir it back in.

My favorite component of C-rats or MREs: Crackers and cheese spread

The cheese was alright.  I think the crackers and cheese in the MREs was much better.  Part of that may have been that when we switched over they were a good decade newer.  I understand the Jalapeno cheese in the recent MREs is as highly sought after as pound cake was in c-rats.

I dont care for jalapeños, so it would be a bargaining chip for me. Though a non-smoker, I was crushed when they took the cigarettes out of C-rats. They would have been bargaining GOLD!!

I love jalapenos, and they are a primary food item in my diet.  I remember getting a single C-Rat while I was at Benning that had cigarettes, it was quite the novelty.

Aside from obvious ones like the Israeli army rations being kosher, do any armies make any effort to accommodate vegetarian/vegan/halal etc. preferences with their rations, or do you just get what you're given?

Aside from obvious ones like the Israeli army rations being kosher, do any armies make any effort to accommodate vegetarian/vegan/halal etc. preferences with their rations, or do you just get what you're given?

The US does produce vegetarian MREs as well as veggie/halal/kosher 'humanitarian' rations for disaster relief.

So I guess the high bean content of the vegetarian MRE's required an re-engineering of the fart sacks?