Sure they are. PGMs are invaluable against Kaiju!

I'm for the Japanese protecting their airspace over Bejing.

Wobooh!!!
I'm for the Japanese protecting their airspace over Bejing.

Many countries already have the sniper pod, maybe an older version. The Japanese J/AAQ-2 seems to lack the targeting capability.

Why not? They need to be able to destroy invaders, on the ground, sea or in the air. That means sensors.

Why not? They need to be able to destroy invaders, on the ground, sea or in the air. That means sensors Kido Butai.

They need to target Mothra with cadmium tipped missiles.

The real Godzilla, you mean, not that 1998 failure monstrosity.

They'll need it to destroy the Tokyo Bay Bridge.

I am quite shocked that the Japanese don't already have something comparable to the Sniper Targeting pods already in service.

I am quite shocked that the Japanese don't already have something comparable to the Sniper Targeting pods already in service.


They do, it's the J/AAQ-2. I can't claim to know the difference very well but it's a little older and not as good as the sniper ATP.

They'll need it to destroy the Tokyo Bay Bridge.

The possibility that Japan may name its second Izumo-class helicopter destroyer Kaga may start another diplomatic row with China as it was formerly the name of an aircraft carrier that sent planes to bomb Shanghai in the Second Sino-Japanese War, reports China's Global Times.

Global Times said countless civilians lost their lives to the bombers taking off from Kaga and other carriers. For this reason, the original Kaga was known more commonly as the "vessel of demons" from the perspective of the Chinese people, the report said, implying it would appear intentionally hurtful to revive the name.

The original Kaga, named after an old Japanese province, was one of 20 aircraft carriers Japan lost to American aircraft, warships or submarines over the course of World War II. Some of these vessels had previously been deployed to the eastern China coast in the summer of 1937 to launch aerial bombardments against cities including Shanghai and Nanjing. Before 1937, the carrier had also provided support to Japanese ground troops in the Shanghai Incident of 1932.

Kaga would later take part in the attack on Pearl Harbor that brought the United States into the war and was sunk by the US Navy in the Battle of Midway in June 1942.

Izumo, the lead ship in the new class of helicopter destroyers, likewise has a controversial predecessor of the same name — a cruiser sent to Shanghai as the command ship of the Imperial Japanese Navy's Third Fleet to provide artillery support to the Japanese ground forces fighting to capture the city in 1937. Izumo is also the name of an old Japanese province.

If Japan really wants to name its second helicopter destroyer Kaga, it must persuade China through diplomatic channels that it is continuing a naval tradition instead of seeking to provoke by poking at old wounds, the Global Times said. The article also noted that Japanese rightwingers have said the country can name its warships whatever it wants and China has no right to interfere in the internal affairs of another nation, echoing China's own go-to defense in any given situation.

The next USN CVN is still going to be called Enterprise, right? Should make war games a bit more interesting anyway.

Especially if Akagi joins as well.

Maybe we'll be lucky to see a USMC F-35B make a practice landing on it, naturally for emergency purposes

And, if anything is not right, the ship will have to be modified, in case another emergency arises. 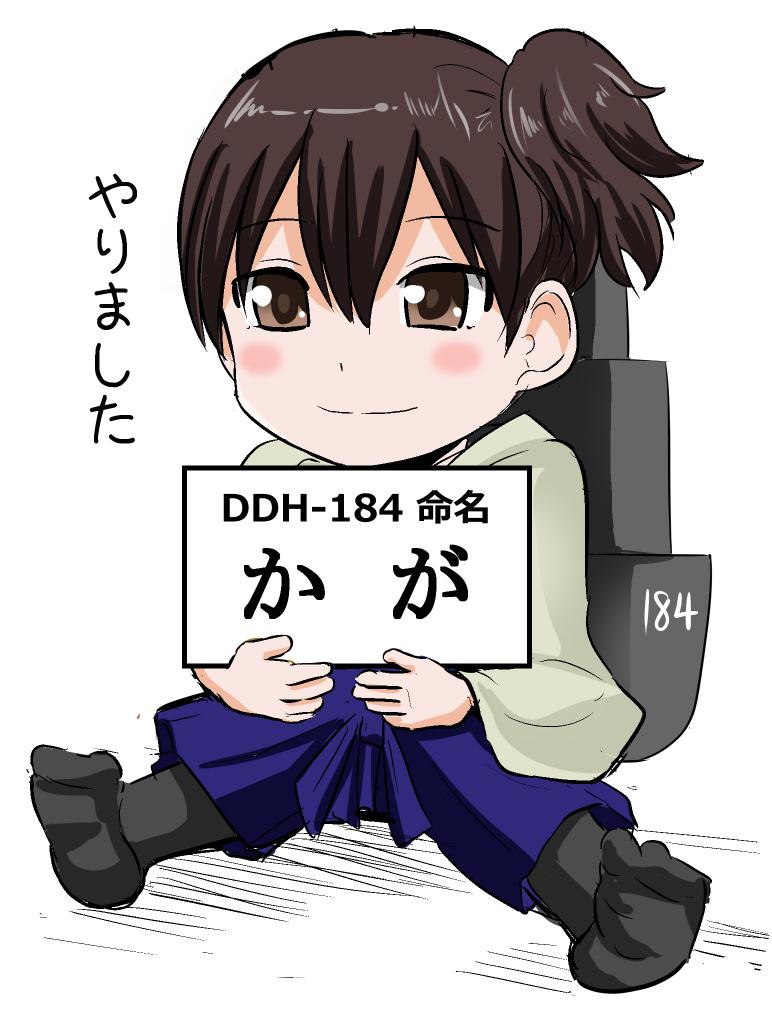 Yeah - two flat-deck 'destroyers' 4 metres longer & 1 metre narrower than the Italian aircraft carrier Cavour, which was designed with F-35B in mind & for which F-35B is on order . . .  really, they're destroyers!