For a nation supposedly in fear of a sudden land invasion from the North, the South Koreans sure are spending resources heavily on a blue-water naval capability.

You'd think.  From my time as an exchange student with the Korean Air Force, I can tell you the ROKAF worries more about the Japanese than the north Koreans.  The Army could care less about the Japanese and the Navy was open to working with their counterparts, but the ROKAF and the civilian political leadership live in stark terror of a Japanese invasion.

I knew a USAF colonel who did a briefing on the Strike Eagle for the Koreans when they were in the market.  So he made a map showing the combat radii of all the competing aircraft (Rafale, Su-35, EF-2000, F-15E, etc.).  He said that the ROKAF guys didn't even look to see if all of nK was covered and when they saw only the F-15E could reach anywhere in Japan, they decided on the F-15K.

Many of the first wave of senior officers for the South Korean Army would get their wartime experience and seniority from the Korean War. Many of those officers received their military training from Japanese institutions. These three schools were Japanese Military Academy, the Fengtian Officers School, and the Xinjing Officers School. The Korean graduates of those schools bunching up together within their respective school. But there was regional background division among the Korean military graduates as well. What Park Chung Hee did was try to involve all from the three factions in a single body network, thus was able to seize control of the country. Not to imply that all those Korean officers liked Japan because of military background. South Korea's most senior general, Paik Sun-Yup (or Paek Sŏn-yŏp in some literature) has served tremendously during the Korean War and numerous other positions throughout the 1970s and onwards. But because of his history in doing anti-commie work as part of Japanese forces, the new wave of libtard moron DPRK sympathizers that also push the anti-Chinilpas via mob sentiment no longer want him recognized as a national hero. The cost of the simpleton victor's glory for WW2 is so great in that its giving these DPRK sympathizers a free pass.

Another JGSDF promo video with footage about their participation in Exercise Talisman Sabre 2019 held in Australia.

Guys, this is Gen. Mil. I'm going to clear out all the political stuff, and particularly the Japan-Korea tensions posts, from this thread. Feel to create a new one over on the FFZ.

I think the JGSDF is showing many pictures of the Osprey now to warm up the public to the pretty bird for when it arrives next year. 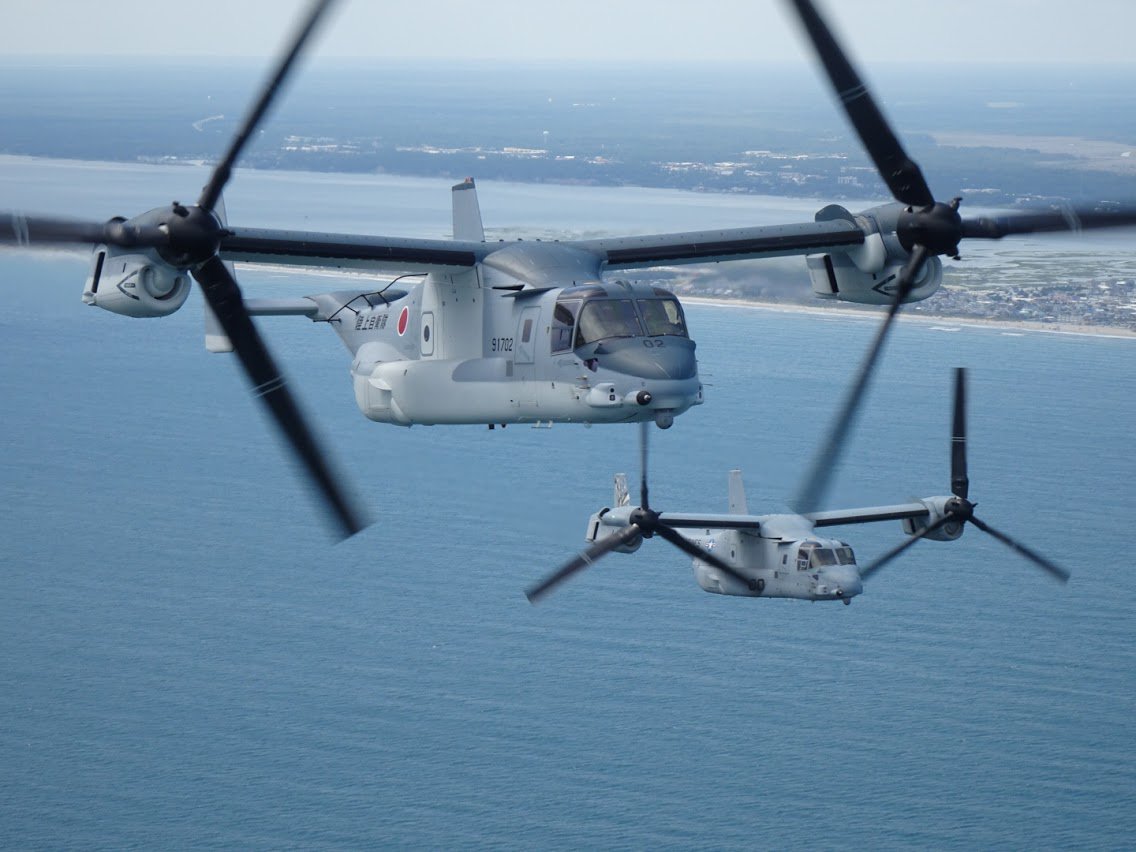 The Japanese Ospreys are purdy looking

They certainly are. I was originally opposed to their acquisition, but have come around regarding them. It is satisfying for Japan and Japanese to have that which the rest of Asia cannot afford in various ways.

JGSDF video about the Japanese Ospreys training in the US. 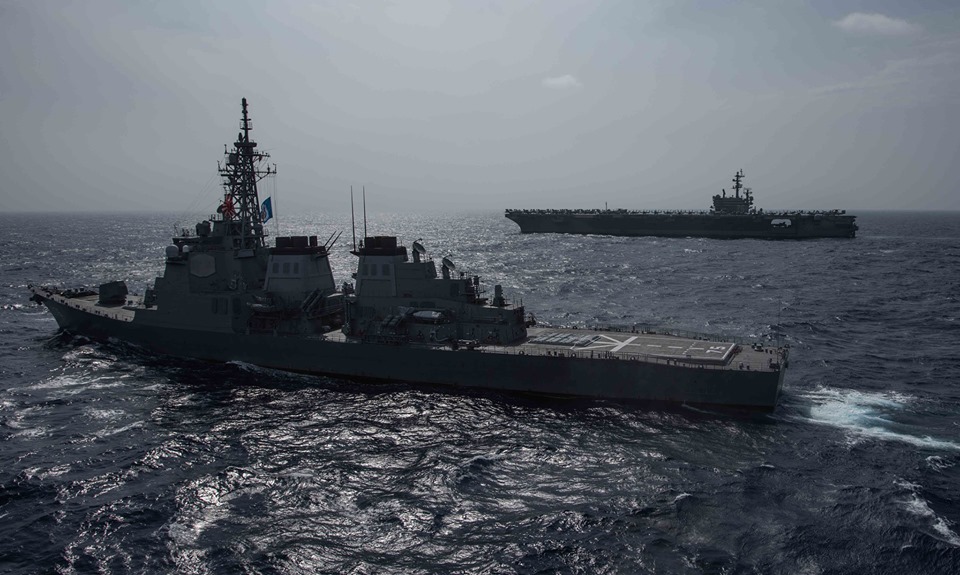 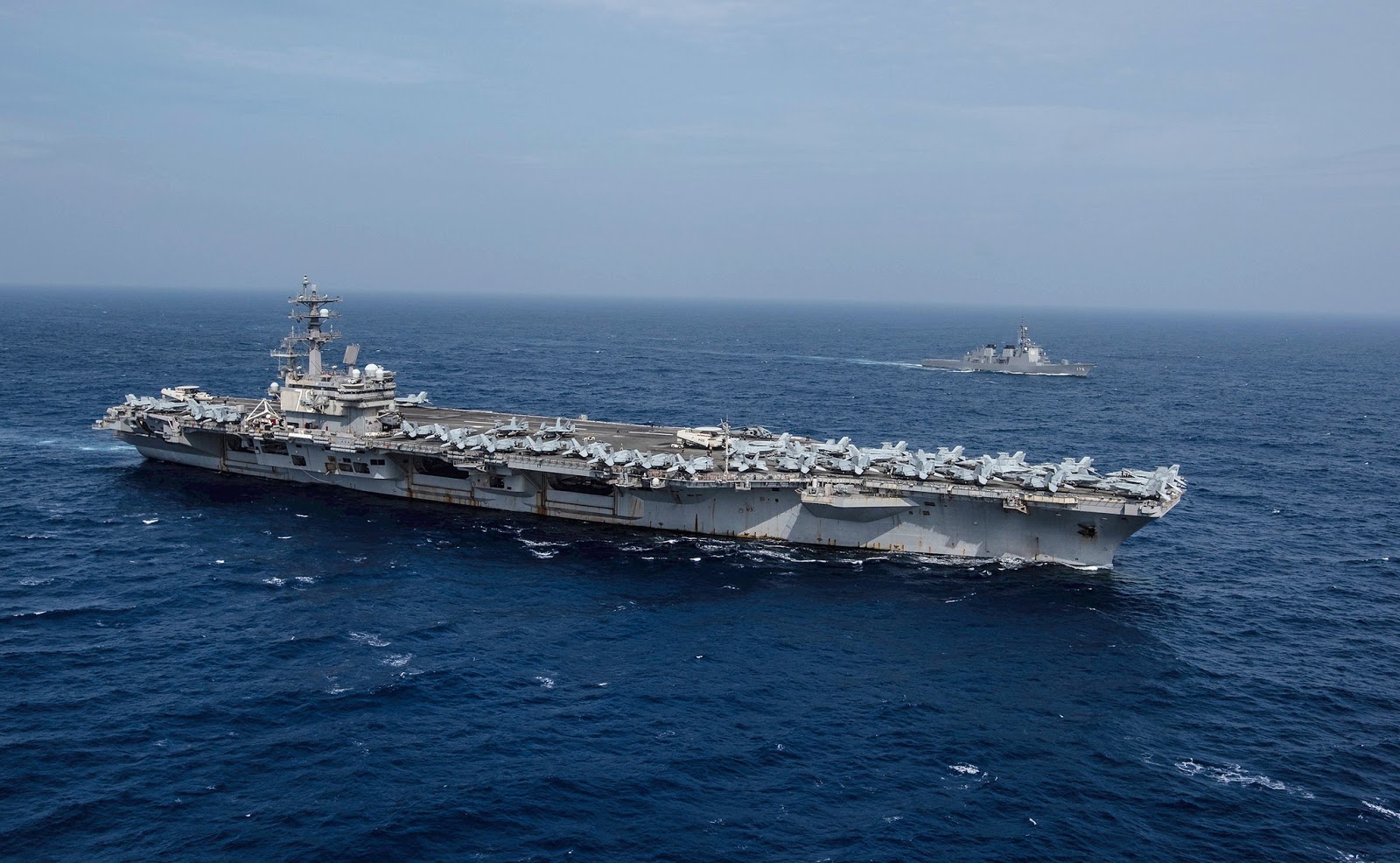 The 57% opposition number to a deployment of naval forces to the Gulf that is being reported feels correct. It would likely be lower if Iran were not the protagonist, as for better or worse, ties between Japan and Iran are established in various ways.

Officials say that it's visualized that American F-35Bs will make a prior-use of the Izumo-class ships before Japanese F-35Bs operate from them.


Yeah, ideally that kind of high level of interoperability is the point to be at IMO and to be at it for the foreseeable future even if other points in the international relation get some friction once in a while.

From a business point of view, it would also probably help smooth out the sale and the use of the very expensive and complex product if the seller has a chance to test the platform that the buyer will be using for the product.

Defense budget request proposal of over 5.3 trillion yen for next year is to include items such as a new "Space Operations Unit" within the JASDF for satellite communications throughout the SDF and observation of suspicious satellites and space debris. Other items include electronic warfare equipment for protecting communications network, the cost for converting JS Izumo for F-35Bs use, F-35Bs themselves, and the costs associated with making the facilities at Saga Airport for using Ospreys.

Don't worry, it will be fine as long as both nationalities know the command "Destroy all monsters!!!!" in both languages.

Japan conducted joint-training in cyber space with the US on August 22nd. The session is called "Thunder Cyber" and marked the first iteration of the training. Six teams from the JGSDF had a CTF competition with six teams from the US Army Cyber School. 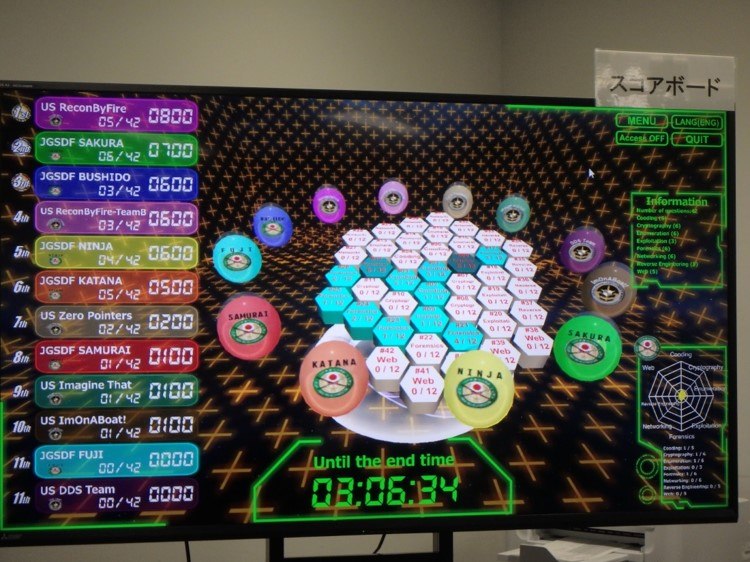 Couple of more images in the spoiler 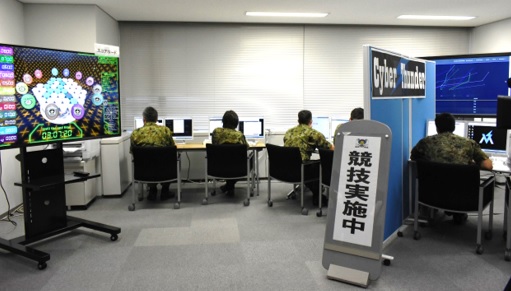 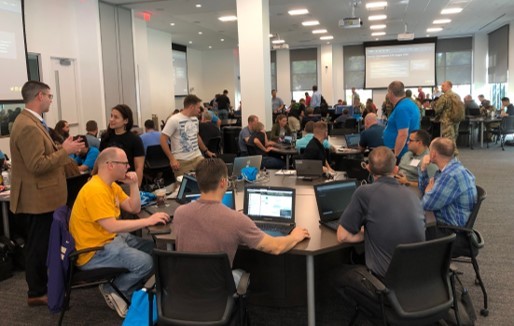 Don't worry, it will be fine as long as both nationalities know the command "Destroy all monsters!!!!" in both languages.

I would settle for correct USMC recognition of the presence of superior Japanese Navy officers at all times.

Some of the included items are:

-Creation of an outer space operations unit within the JASDF of about 20 personnel. And various satellite related developments (54.2 billion yen or about 492 million USD).

-Cyper space costs for increasing perssonel from the current 220 to 290 and other things like dealing with cyber attacks and cyber security (23.8 billion yen)

-Patriot missile improvement. Planed to have all Patriot systems to be PAC-3MSE by Reiwa 4. (10.6 billion yen)

Of course, that's not everything, but some thoughts, Type 16s are being procured at a fairly fast rate. Was surprised to see 4 KC-46s up front rather than 1 each year for 4 years, but no objection to paying for those in a single year. Was hoping to see some more UH-X to replace the UH-1Js as six were payed for last year but I guess those first six will have to run through testing before more can be bought. This is the third year for JSM procurement cost, previous two years were about 2.2 and 7.5 billion yen respectively so looks like Japan is buying up quite a handful of these. Only 3 F-35As.. but so fair in previous defense budgets, 34 for have been payed out. Nice to see the F-35Bs in request now rather than later. Only 2.9 million USD for modifying JS Izumo so maybe just the heating treatment and no ramp? Would have liked to see a ramp to help boost range/payload a little. Nice to see more Type 10 tanks. IIRC, around 10 years ago or so, it was planned to make about 100 Type 10 tanks. 99 have been procured so far. But that 12 will put it at 111 tanks. Checking the current midterm plan (2019-2023), 30 tanks are planned for procurement, which would include last year's six. So 93+30 makes a total of 123 Type 10 tanks by mid 2020s.

You have an enormous chip on your shoulder, take it to the REQUISITE FFZ topic before MODERATOR must awaken from his slumber and deal with it.

Nobu, please listen to Jeff. Consider this a warning.

Bushido Guardian 19 will be the first iteration of the joint exercise between Japan and Australia and will become the first time those two countries train together in air-to-air training in Japan. It will go from September 11th to October 8th and take place at Chitose and Misawa airbases and the air space around those bases. From the JASDF will be ten F-15Js and three F-2s from the Northern Air Defense Force. From RAAF will be seven F/A-18A/Bs, one KC-30, one C-17, and one C-130J for about 150 personnel mainly from the No. 81 Air Wing, No. 77 Squadron.