Two thousand Syrian fighters have travelled from Turkey or will arrive imminently to fight on the battlefields of Libya, Syrian sources in all three countries have said, in an unprecedented development that threatens to further complicate the north African state’s intractable civil war.

The deployment came after Turkey agreed last month to come to the aid of the Libyan prime minister, Fayez al-Sarraj, who is backed by the UN, in the face of a months-long campaign by his rival, the warlord Khalifa Haftar.
Ankara has supported the Syrian opposition since the early days of the battle against the Syrian president, Bashar al-Assad, even as the original Free Syrian Army umbrella group grew weak and splintered because of infighting and the growth of Islamist elements within rebel ranks. Turkey now uses some rebel fighters as proxies against Kurdish-led forces despite allegations of human rights abuses from watchdogs.
Advertisement
“This is a very different situation to Syria,” said Claudia Gazzini, a senior Libya analyst with the International Crisis Group. “Anti-Turkish sentiment is already strong because of Ankara’s intervention and could grow as a result of this, playing in Haftar’s favour.”
An initial deployment of 300 men from the second division of the Syrian National Army (SNA), an umbrella of Syrian rebel groups funded by Turkey, left Syria through the Hawar Kilis military border crossing on 24 December, followed by 350 more on 29 December.
They were then flown to Tripoli, the Libyan capital, where they have been posted to frontline positions in the east of the city.
Another 1,350 men crossed into Turkey on 5 January. Some have since been deployed to Libya with others still undergoing training at camps in southern Turkey. More men from the Islamist Sham Legion are also considering travelling to Libya.
The figures are significantly higher than most previous estimates.
Once source said the Syrian men are expected to coalesce into a division named after Libyan resistance leader Omar al-Mukhtar, who was executed by Italy in 1931 and became popular in Syria during the 2011 Arab spring.
The fighters have signed six-month contracts directly with the UN-backed Government of National Accord (GNA), rather than with the Turkish military, SNA sources said, for $2,000 (£1,500) a month – a vast sum compared with the 450-550 Turkish lira (£52-£72) a month they earn in Syria. All have been promised Turkish nationality, a carrot Ankara has used to cajole fighters in brigades on its payroll for several years.
Turkey is also paying medical bills for injured soldiers and is responsible for repatriating the dead to Syria. At least four Syrians have died in Libya already, the Guardian can confirm, although their units said they died while stationed on front lines against Kurdish-led forces in north-east Syria.
Last month phone footage of men with Syrian accents claiming to be in Tripoli surfaced on social media, in which one man said: “The Free Syrian Army is in Libya to defend Islam.”
“We liberated this entire military camp from Haftar’s forces,” said another, before turning to a colleague to ask: “What is his name? Haftar? Hantar?”
The footage was questioned by many who wondered how and why Syrian men – nominally still fighting in the nine-year-old war against Assad – had ended up so far from home.
Both Ankara and Tripoli have repeatedly denied the presence of Syrian fighters in Libya, as has the SNA. The Guardian understands that Syrian fighters in the country have since been banned from posting any evidence of their whereabouts to social media.
Turkey itself has so far sent just 35 soldiers to Tripoli in an advisory capacity, President Recep Tayyip Erdoğan said last week. Unlike last October’s incursion into Kurdish-held parts of Syria, intervention in Libya has little support among the Turkish public.
Speaking on Tuesday, however, after Haftar walked away from talks in Moscow without agreeing to a ceasefire, Erdoğan said Turkey would not refrain from “teaching a lesson he deserves” to the Libyan warlord.
Haftar is supported by Egypt, France, Jordan, Russia and the United Arab Emirates, while Sarraj is backed by Italy, Qatar and Turkey. Officials from Sarraj’s internationally recognised government have expressed anger that their allies, other than Turkey, have effectively abandoned them since Haftar declared his intention to capture Tripoli last April.
The GNA was reportedly initially reluctant to accept Syrian fighters instead of Turkish troops but accepted the idea when Haftar’s forces drew closer to the capital.
Last month, the Guardian reported that an influx of 3,000 Sudanese had been sent to Benghazi to fight for Haftar, joining around 600 Russian mercenaries, in another sign the conflict’s parameters are growing.
“Letting Syrian proxies do the fighting means that Ankara can avoid its own troops potentially clashing with Russian mercenaries,” said Gazzini. “The next question is – will [Russian President Vladimir] Putin continue to greenlight this? Or will Libya take a backseat if Russia and Turkey decide to prioritise their other overlapping strategic interests?”

Meanwhile, Haftar went to Greece on Friday, before going to Berlin for the conference. He held talks with the Greek PM and the minister of foreign affairs.

Greece is also annoyed that she is not part of the Berlin conference, although she expects that Germany will represent Greek positions regarding the memorandum signed between Sarraj and Turkey.

Meanwhile the Turks have expanded their presence in Libya and are busy setting up AD assets, including a Hawk site at Mitaga airport and a Korkut SPAAG was seen being transported from the harbour (below).

This will the second Hawk site in Libya, as the UAE has set one up in the East to protect the LNA.

Apparently, Haftar walked angrily out of talks with the Russians in Moscow and refused to sign the Turko-Russian truce: https://www.bloomber...-libyan-general 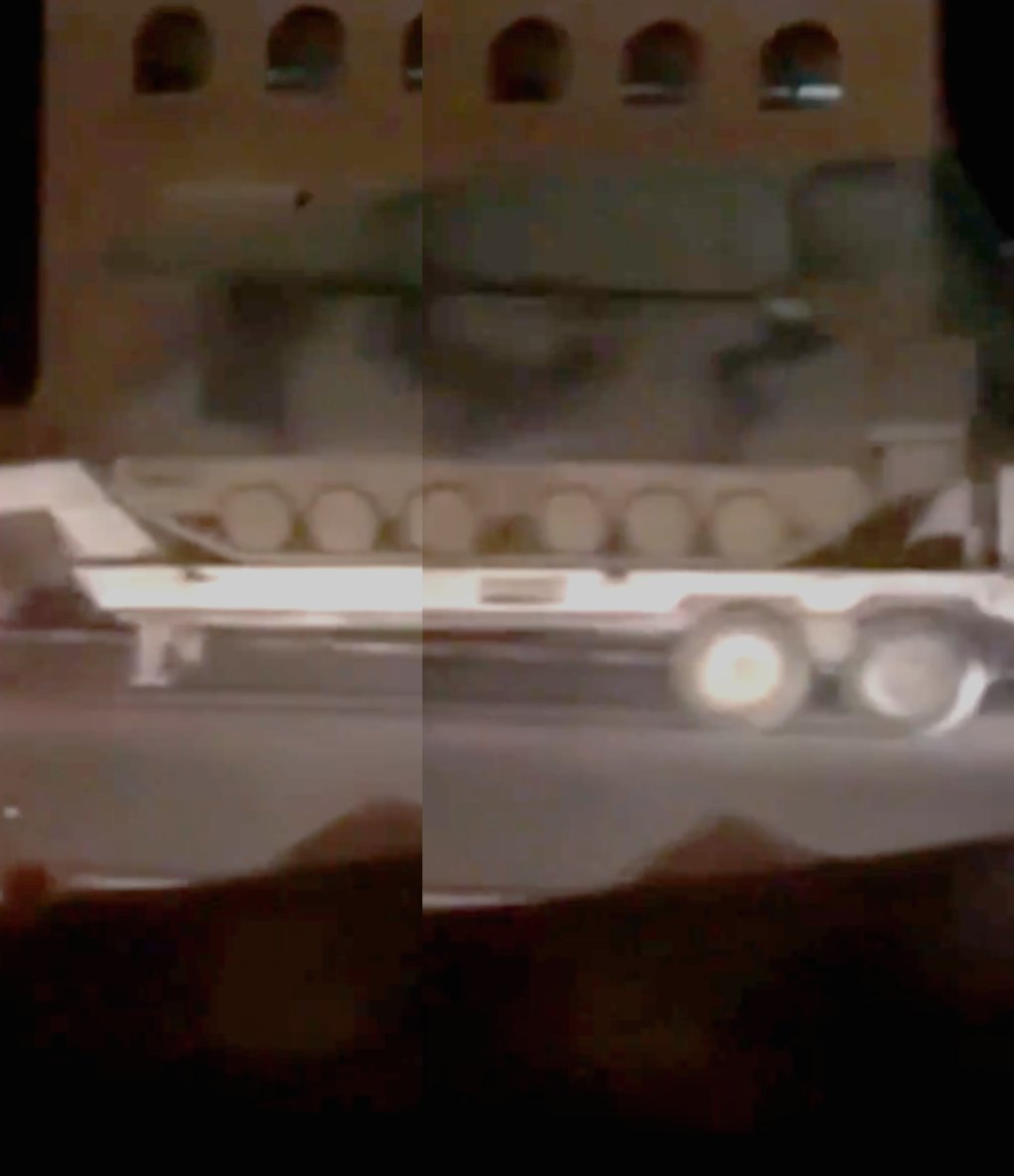 Makes a change from Russians and Germans I guess.

This map of Libyan oil wells helped provide me with more context for why factions are squabbling over particular regions of wasteland (though population centers factor into it, too .. a combined map would be handy)

Turkey is going to bring the Egyptian Army into the equation, if it has not done so already.

So both France and Egypt officially supporting LNA, now Egypt says they are gonna attack ships supplying GNA from Turkey...

Someone appers to have fired an RIM-66 in Libya which crashed on the ground.  It seems the Sultan is getting angry as two days ago a cargo ship from Turkey turned around before it was intercepted by the French.