No, me neithet. Ive an ambition to get current on the Harriet again.

A few weeks ago I started learning the F/A-18 and, I have to say, I really liked it and that where my DCS ambitions lie for the immediate future. Oh, and getting better in the MiG-21bis in multiplayer.

Yeah, the Mig21 is great. I was actually doing a campaign for it, I really must finish that. The Tomcat keeps sidetracking me.

No, it will be early access next week, and take that long to sort the bugs out

I love DCS, but im aware of the flaws ED have.

Been delving into the Harrier, and they have made a LOT of progress in the Navigation computer. You can now create new waypoints, offsets, reciprocal angles off waypoints. You can also now set a waypoint for the TPOD to look at, which is going to make lazing targets one hell of a lot easier.

Razbam is developing a Canberra bomber as an AI unit for the Falklands map that is under development: 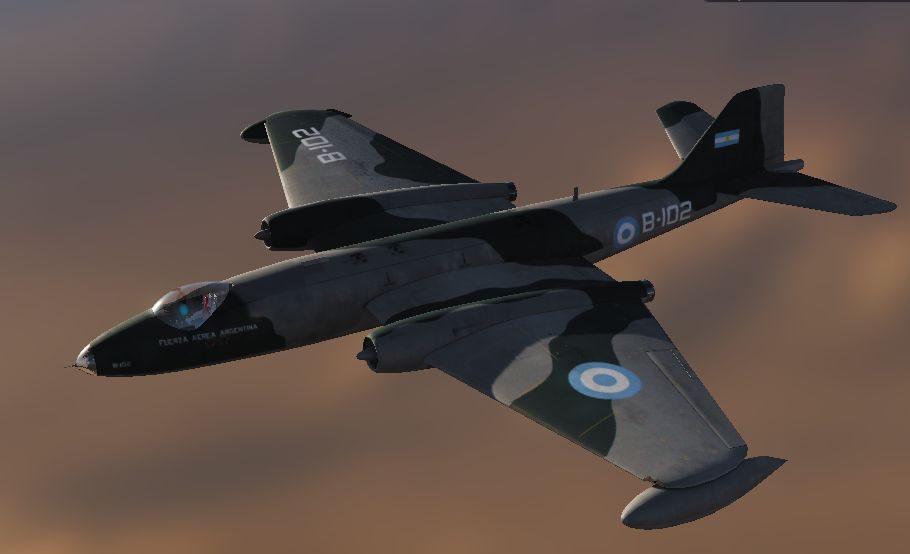 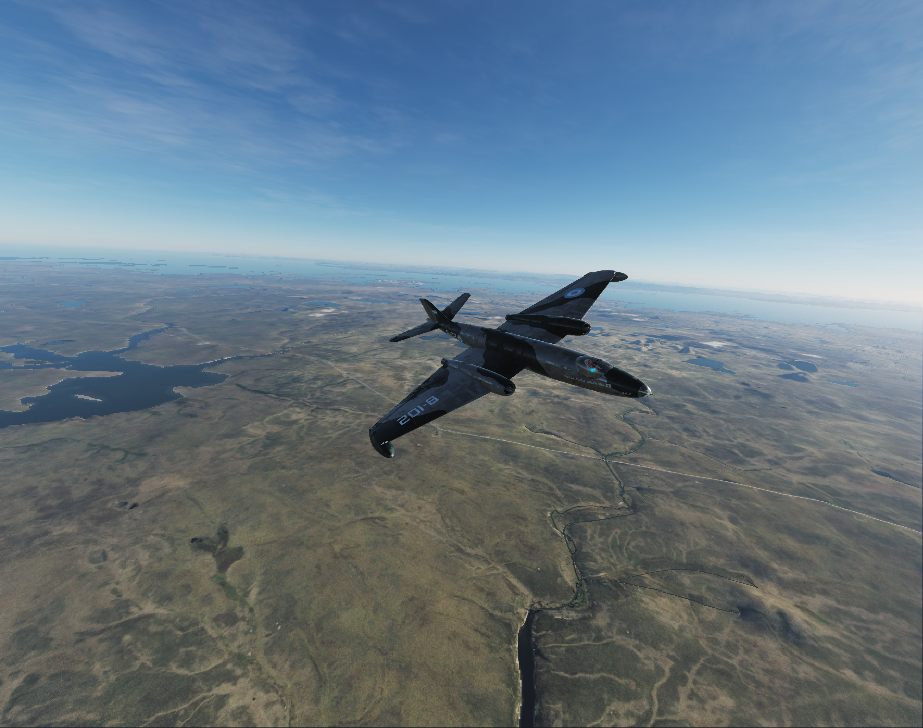 The USS Forrestal is also coming in Q1:

Ive not played it for a while. I think I got a bit knocked for 6 they decided to go with the Mariana's as the free map over a far more logical choice, North Cape. I really have no idea what DCS are thinking anymore.

A Canberra would be great, but Ill only get excited if they make a crewable Canberra or Vulcan.

Presumably they are doing part of the Argentinian mainline for the Falklands map then?

ED's decisions over what terrain, time periods, modules and functionalities to pursue never made much sense to me. The company hardly ever communicates the rationale behind their policies. As a quasi monopolist it can behave as it wants, consecutively releasing half-finished modules to prop up their cash flow. The Falklands and its assets are of course a 3rd party developer's project that will likely take a very long while to complete.

Compared to the North Cape, a map of the Mariana Islands probably does not take as much time to develop, given that it mostly consists of water. Moreover, the Marianas may takeover from the Georgian terrain as being the default DCS map. The Caucasus map is meanwhile looking quite dated, especially with MSFS 2020 around the corner. Furthermore, the Marianas may also be of greater appeal to the East Asian clientele.

Though still mainly playing RDR2, I just finished one of the campaigns for HB's excellent Viggen and wanted to learn a new ride. As I had quite some difficulty slowing down to flying on speed AoA in the Hornet during the landing circuit, I decided to check out the F-14B and see whether this procedure was similarly difficult in the older plane. What a superb module! Just like the MiG-21bis and Viggen it really feels you are flying a finicky aircraft, even when just rolling over the runway. Looking around the worn down cockpit, I can really imagine the real plane smelled of 'balls and but' as the former F-14 driver Okie Nance told in an interview.

Yeah, the F14 is beautiful. I rarely fly anything else when I fly, other than perhaps the Harrier or the Huey.

I dont find it that hard to land. I can fly the instrument approach fairly well. The one that gets me stuck is flying the usual approach, IE around the boat, and turn into approach. I still have to master that one. Also, I was starting to get the hang of middair refuelling, but lost the knack again. On the positive side, I dogfight fairly well. If you can keep it at its corner speed of 350 knows, you will overhaul anything in a turn, even a hornet. The only one I find that makes me sweat is the F15.

I think if they didnt do North Cape, they should have done the Kuriles. That presumably would have appealed to the Asian Market, and considering how much emphasis they are putting on carrier aircraft, it would be a good fit. I dont get the Mariana's. They dont have a single aircraft that fits that scene, and wont for several years.

This is the pending Forrestal update. Im looking forward to greasing my wheels on this one.

Yeah, it looks nice, but I do have to work quite a bit on my case I landing pattern. Practicing with both the F/A-18C and the F-14B yesterday evening, I managed to land the latter on the Stennis.

As I thought, Deka is working on additional assets for the upcoming Marianas map, about which they allegedly already had discussions with ED one year ago.

Yeah, im slowly warming to the Mariana's. Its not exactly the right place for an F14 though.

I really must practice the pattern more. The difficulty I found was getting the F14 setup at the right angle AND turning into final. I can do one of those, but both is really taxing.

Wasnt there someone who came up with a graded system to practice pattern landings? I really must look at that.

Incidentally the Corsair looks like it will be fun. This is one im definately going to buy. In RN colours, naturally.

Yeah, the difficulty lies in the turns. I generally end up either too high or too low relative to the ship.

Deka has also made some announcements about their next plane. It is unlikely to be a fighter, won't have a glass cockpit and should have a unique design. If it has to be Chinese, this leaves the Q-5 (uninteresting with the MiG-19 already there), the JH-7 (underpowered, dorky aircraft with big MFDs in later versions) and the H-5 (utterly obsolete, dumb ordnance) and H-6 bombers. These two bombers would certainly be of a unique design and the latter very relevant to the Mariana Islands map. However, given the no less than four crew members, it certainly would be an ambitious project and I wonder about the gameplay.

The Corsair is, I think, one of the prettiest aircraft of WWII and I flew it often in the original Il2. However, I have none of the DCS prop planes. I decided to reserve this type to the new Il2-series, which I, of course, have installed but never fired up yet.

If you get one, get the spitfire. It's a serious challenge to take off or land, it is rubbish at bombing, but it can still outfly everything else. Here is hoping for a Seafire one day.