That's called 'falling in love', not fraternisation, isn't it? And its only a mistake if the two get divorced. Anyway, I whish the two many happy years.

noting is wrong in "falling in love" but it was wrong of them to continue there romans in the same chain of command.

That's called 'falling in love', not fraternisation, isn't it? And its only a mistake if the two get divorced. Anyway, I whish the two many happy years.

noting is wrong in "falling in love" but it was wrong of them to continue there romans in the same chain of command.

It's not what's "fair" to them, it's what's fair to the unit and the mission. Carrying out a romance in a small unit where one half of the relationship has authority over the other is a recipe for disaster. That they eventually got married doesn't change that.

Anna "Syren" Chabanova (1990), joined DNR militia back in 2014 after surviving Ukrainian aviation bombing her home town Donetsk. KIA 27.09.2018 when the car she (as field medic) was in hit the landmine on the way to frontline near Kominternovo to   assist injured fighter. The car driver also KIA. 3rd person in the car badly injured. She was on 4th month of pregnancy.

Interview with her from last year

Why was she still on the front lines while pregnant?

related: how much are landmines and IEDs being used in Ukraine?

Why was she still on the front lines while pregnant?

She wasn't as, according to what pro-Russians are saying, she left immediate front line role and became medic some time ago (probably, when pregnant). But there are no safe places in Donbass, where frontline is in what was USSR most urbanized area and people often living right behind trenches. In the same region, not so long ago medical Ural truck (that was going from rear area to pick up  man with heart attack to the hospital) was hit by ATGM, killing driver and two nurses

More over, yesterday three teenagers in Gorlovka were killed and one injured by MON50

No relaxation from existing standards applied to elite units. I understand that a number of women have failed RM pre-selection, with no passes.

Provided that standards are not relaxed, where they are actually needed, I have no problems with this at all.

Provided that standards are not relaxed, where they are actually needed, I have no problems with this at all.

That is exactly how it shall be, all shall have the right to pass or fail on there own merits/action not becuse they have the wrong gender, complexion or what gender they are attracted to.

NATO has a tweet up of the "Women of #TridentJuncture:" 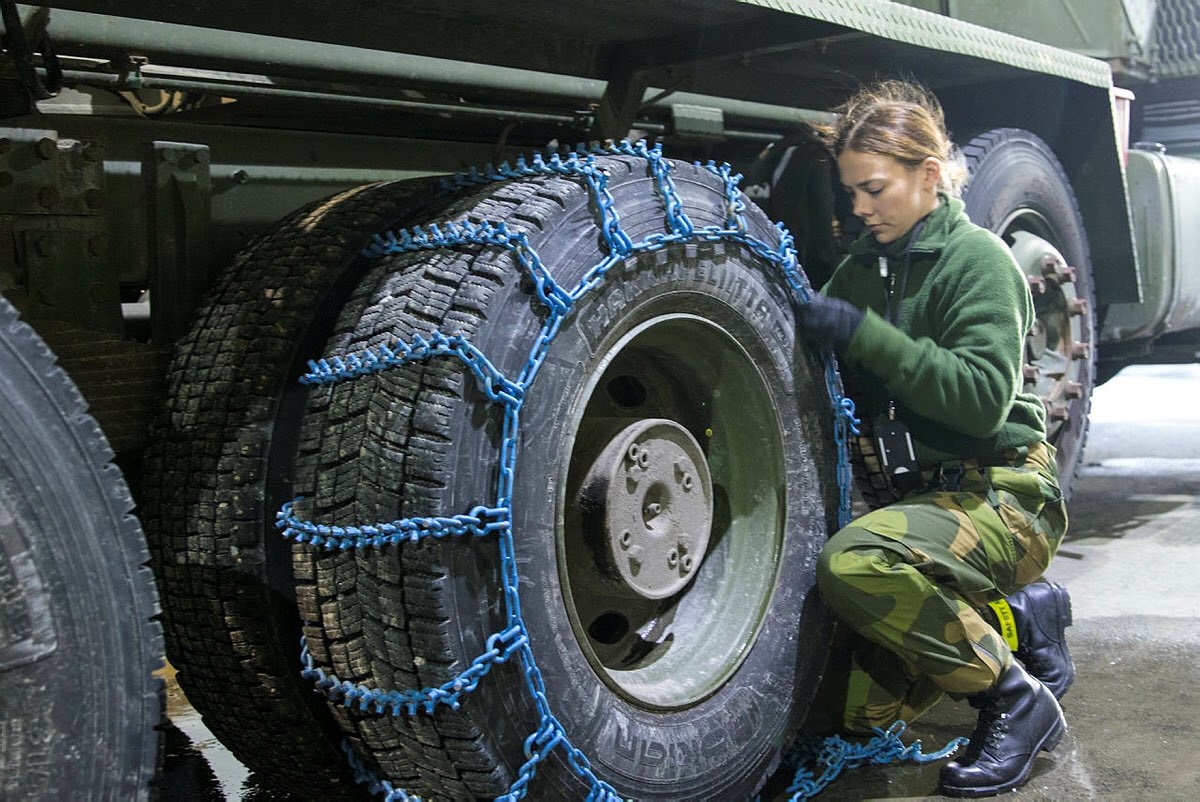 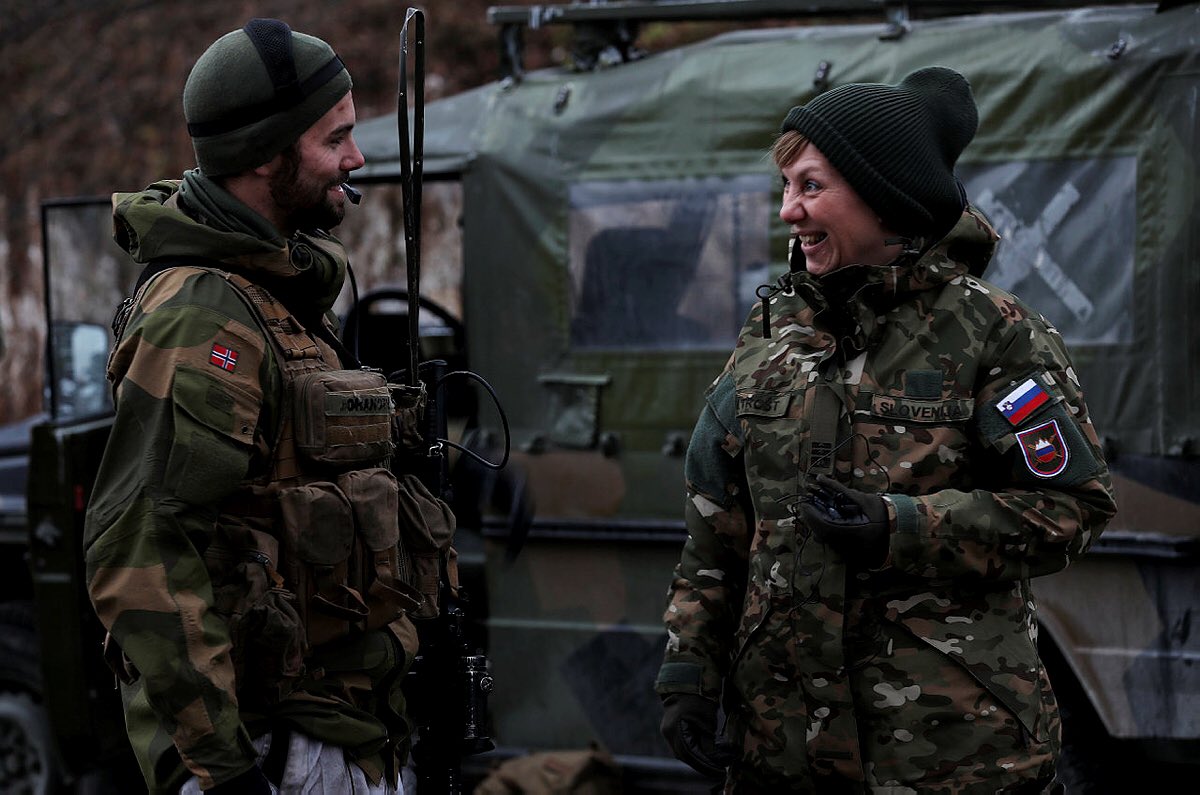 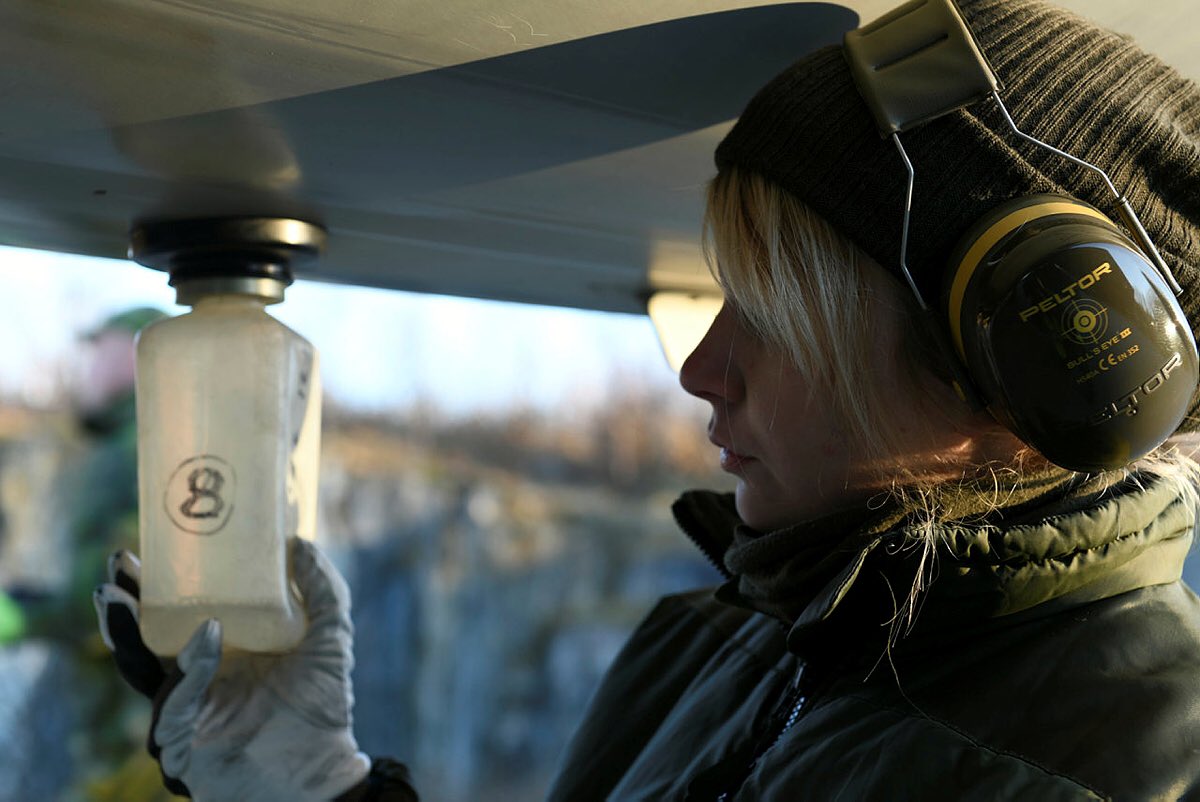 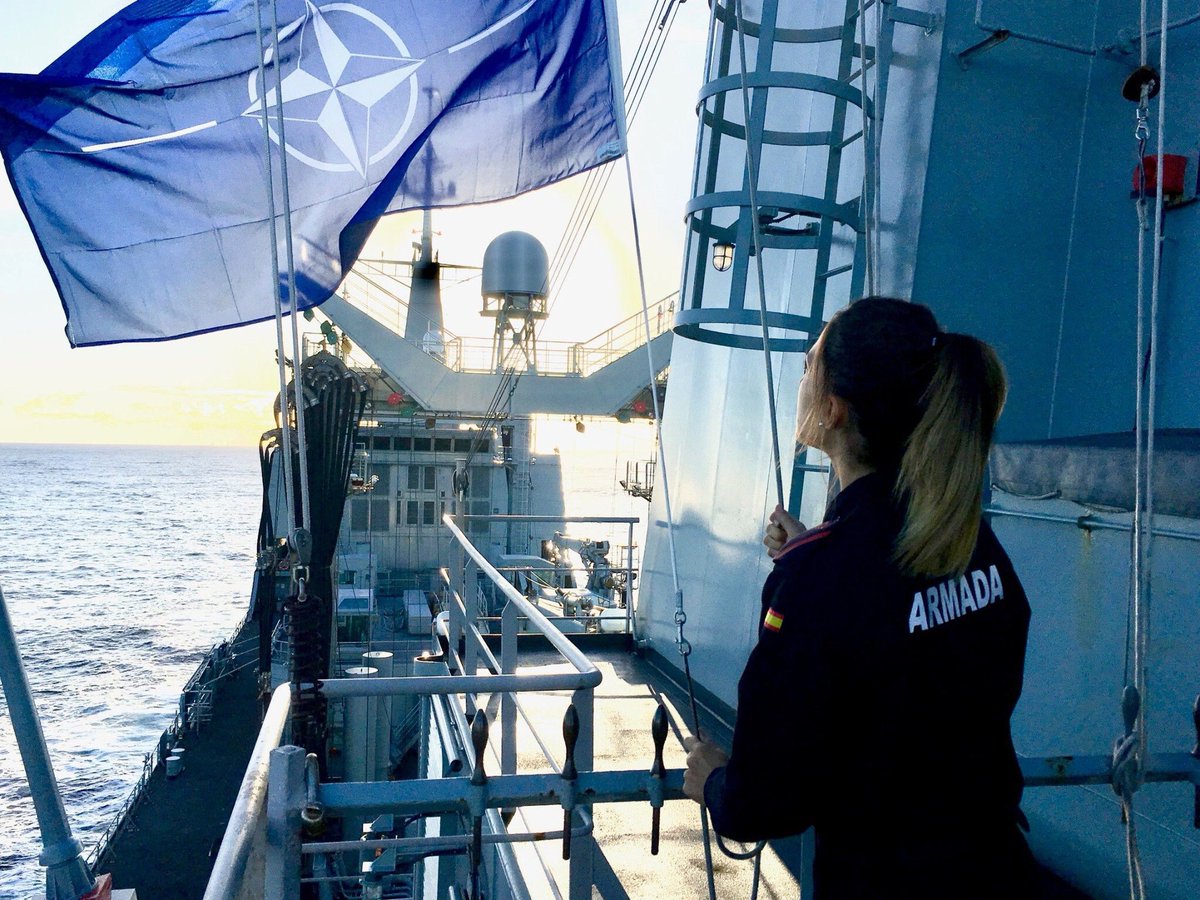 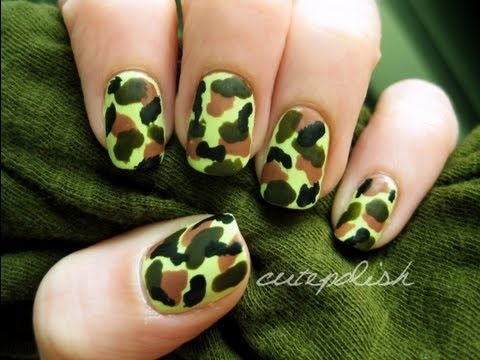 Deny a chick her mani?  Good luck with that.


A communist poster girl was reprimanded for wearing red? Someone so went to the Gulag for that! 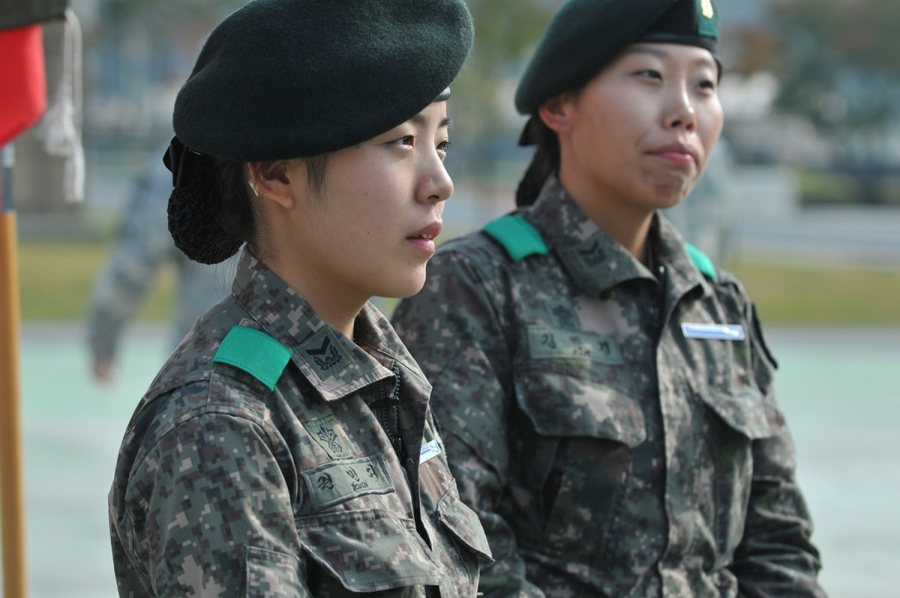 Leftist Ideology and the Corruption of the American Military

This kind of favoritism for “marginalized peoples” was manifest throughout my entire instruction. The treatment of women was especially egregious. Female marines rarely carried squad or platoon gear such as radios, machine guns, or batteries. They were more likely to fall out of hikes. Their injury rate was higher overall. During one hike, I witnessed a male Lieutenant, one of the largest in our platoon, carry not only his pack but that of a diminutive female officer who had been injured in the course of the march. While she limped along in tears, he plodded with her gear on top of his own in order to prevent her from falling out.

At one point, I witnessed a fellow officer holding the hand of one of his female peers during a hike in order to keep her with the platoon on a steep hill. On another occasion, two male officers physically stopped a female from falling out so that she would not fail the event. The Marine Corps is, quite literally, pushing women through some of its toughest physical training in order to ensure the “correct” level of diversity.

Her mother (ethnic Uzbek) was arrested in 1937, and her father (ethnic Azeri)left her to save her life. Zaiba joined Uzbek philharmonic (choreography department), and in 1940 moved to Moscow where he became movie actor student. Volunteered into Red Army in 1941, took part in Nov,7 parade on Red Square  in the ranks of 3rd Moscow Communist division. Took part in action on North-West and Leningrad fronts, in one of the battles in 1943 she led the group of 15 soldiers to relief another group encircled by Nazis  wounded so bad it took 11 month to recover, 28 shell fragments removed from her body  (she was lucky the nurse taking care after her in hospital was wife of Nikolay Shvernic, formal head of USSR, she said "All normal women carry baby for 9 month - while i carried you for 11 month" later he was accepted to this family as daughter).
In 1945, she played in Soviet movie as Persian queen

Later she was wife of Soviet Azeri diplomat Tofik Kadyrov,  Ambassador to Turkey - and mother of one son.

After war with children in kindergarden

She was also Professor of Eastern languages in Baku and Moscow.

Captain Azuma of JS Ikazuchi discussed with her counterparts in the Philippines about developing joint exercises between Japan and the Philippines during a 3 day good will visit to Manila starting from January 29th, 2019. 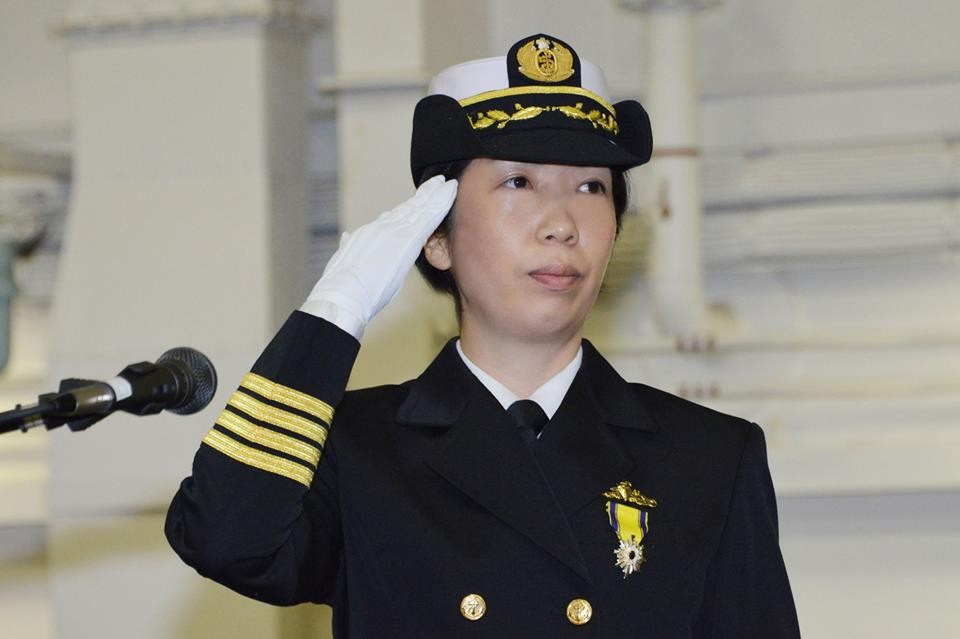 She volunteered into Red Army in summer, 1942 (actually was trying from 1941, but was rejected many times), became tank driver, took part in Stalingrad battle, awarded for bravery and destroyed enemy tanks etc. Was badly injured (in leg), after recovery was no more able to serve as tank driver and became radio operator.
https://ru.wikipedia...