10 replies to this topic

On the original US M1 Tanks did the commander and loader have to expose themselves to use their machine guns? Or was there some way they could fire from cover?

TC could fire from under armor; loader could not.

Does any one have videos or pictures of how the fired the M2 .50 cal from under cover on the early M1?  Was it similar to how the MG34 on the Hetzer worked.

One of the actual tankers can please correct me if I'm wrong, but as I understand it, the commander's weapon station used two separate controls for traverse and elevation; traverse could be electric and elevation was manual. A sighting periscope could be found to the right of the MG. The elevation handwheel was to the left of the forward periscope, and the powered traverse handle was in front of the TC's turret control handle. 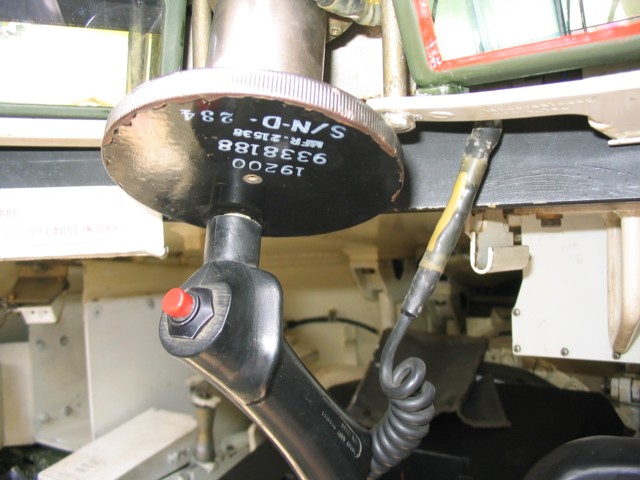 The powered traverse handle is to the front of the turret control handle: 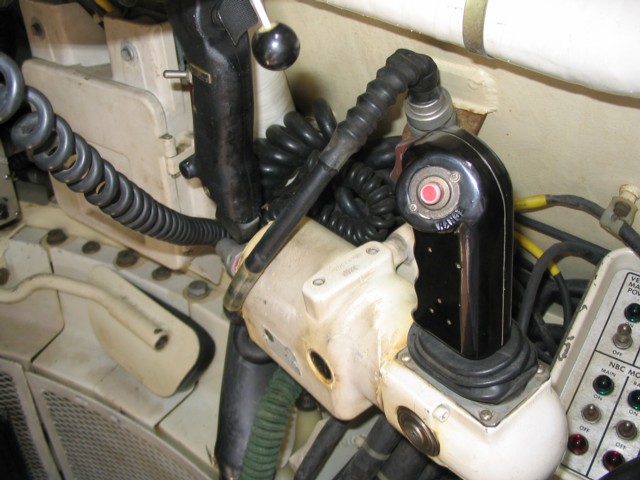 The sighting periscope can be seen to the MG's right: 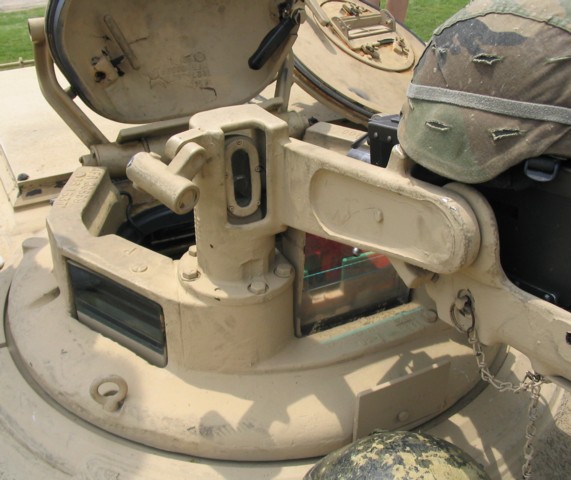 Manic posted on a recent Forgotten Weapons video, that when the solenoid broke on his 0.50, he reached up through the open hatch and depressed the paddle to fire.

On the original M1s there was no electrical trigger for the M2.  There was an elevation knob, similar to the one depicted in DogDodger's picture, except instead of having an electrical trigger and electrical wires, there was a cable attached to the top of the knob.  The cable was thus attached to a lever which would depress the butterfly trigger of the M2.  The M1IP and M1A1 introduced the electrical trigger in Dog's picture which activated a solenoid which depressed the butterfly trigger on the M2.  To traverse the weapon station there were indeed to methods, electrically and manually.  The manual traverse was rather interesting, if not crude.  Instead of a crank, as on the M60s, the TC would spin a slip ring.  You can see the ring in Dodger's first picture, it's behind the elevation crank.  This ring was geared into the traversing gearbox.  It wasn't a 1:1 gear ratio, it was more like 3:1 or 5:1, and took a lot of spinning to get the CWS to move more than a few degrees.  However, if you wanted accurate fire manual traverse was the way to go.  At least for me, I found the the electrical traverse far too sensitive for fine adjustments.  Personally, if they'd ask me to design CWS controls, I would have grafted my old M60 cupola controls into the M1s CWS.

Manic posted on a recent Forgotten Weapons video, that when the solenoid broke on his 0.50, he reached up through the open hatch and depressed the paddle to fire.

It was a POS system cobbled together by 12 year olds.

Is the reason the loaders M240 didn't have the capability was space limitations?

Is the reason the loaders M240 didn't have the capability was space limitations?

It was never deemed necessary.  It's a nice to have weapon, not a necessary weapon.

A question on this photo from Hunicutt book - this looks like Chrysler ХМ1 validation phase prototype, JE0001 ?

Are there any details on the  Chrysler ХМ1 validation phase prototype  comander weapons station?

It looks like it has separate sight for mashine gun in front of the commander hatch?