For Stuart Galbraith And Anyone Into Bizarre Rail Safety Vids

I think there were some steam powered rotary snow plows still in service up until recently, and may still be in service.

So far they have rebuilt two 1960ies vintage 294 class into 1094 prototypes with added electric motors, generator and batteries added to the gear box to recuperate brake energy and drive short distances inside halls. Also for CO2 and noise and fuel consumption reduction. Crazy to modernize shunters half a century old.

Toshiba eyes a contract for newbuilds:

The company has a contract to supply 50 diesel-battery centre cab locomotives to DB Cargo from 2021, TRE Managing Director Hinrich Krey told Railway Gazette. The demonstrator is intended to showcase the company’s design work to date as well as highlighting future development options.

The T-HDB800 displayed in München reuses the frame and bogies from a Schalke SDE1800 heavy industrial shunter. Diesel traction is provided by two MAN 471 kW gensets, while Toshiba has fitted two SCiB lithium titanate oxide traction batteries rated at 62 kWh. TRE says that the diesel engines use neither urea additives nor particulate filters, but will be compliant with EU Stage V emissions regulations coming into effect from 2023.

The powerpacks use a modular design which means that one could be replaced by another battery pack or ‘maybe fuel cells further in the future’. TRE says that simulations have suggested the batteries could last up to 10 years.

The demonstrator is also fitted with a pantograph for use with 15 kV 16·7 or 25 kV 50 Hz overhead electrification, which will be offered as an option for future contracts. Krey explained that the loco is the first German centre cab design with a pantograph to comply with TSI regulations.

The T-HDB 800 has a maximum power output at rail of 750 kW and a maximum speed of 100 km/h. It is aimed at heavy shunting and light trip freight applications.

Partners in the development project include Windhoff (power module assembly) and Knorr-Bremse (brakes), while Hitachi has supplied an ETCS onboard unit.

Final design of the locomotives for DB Cargo is still ongoing, with Krey suggesting that final assembly work could be undertaken at DB’s own workshops in Rostock.

can be refueled with Diesel, recharged with a wall plug and via pantograph. 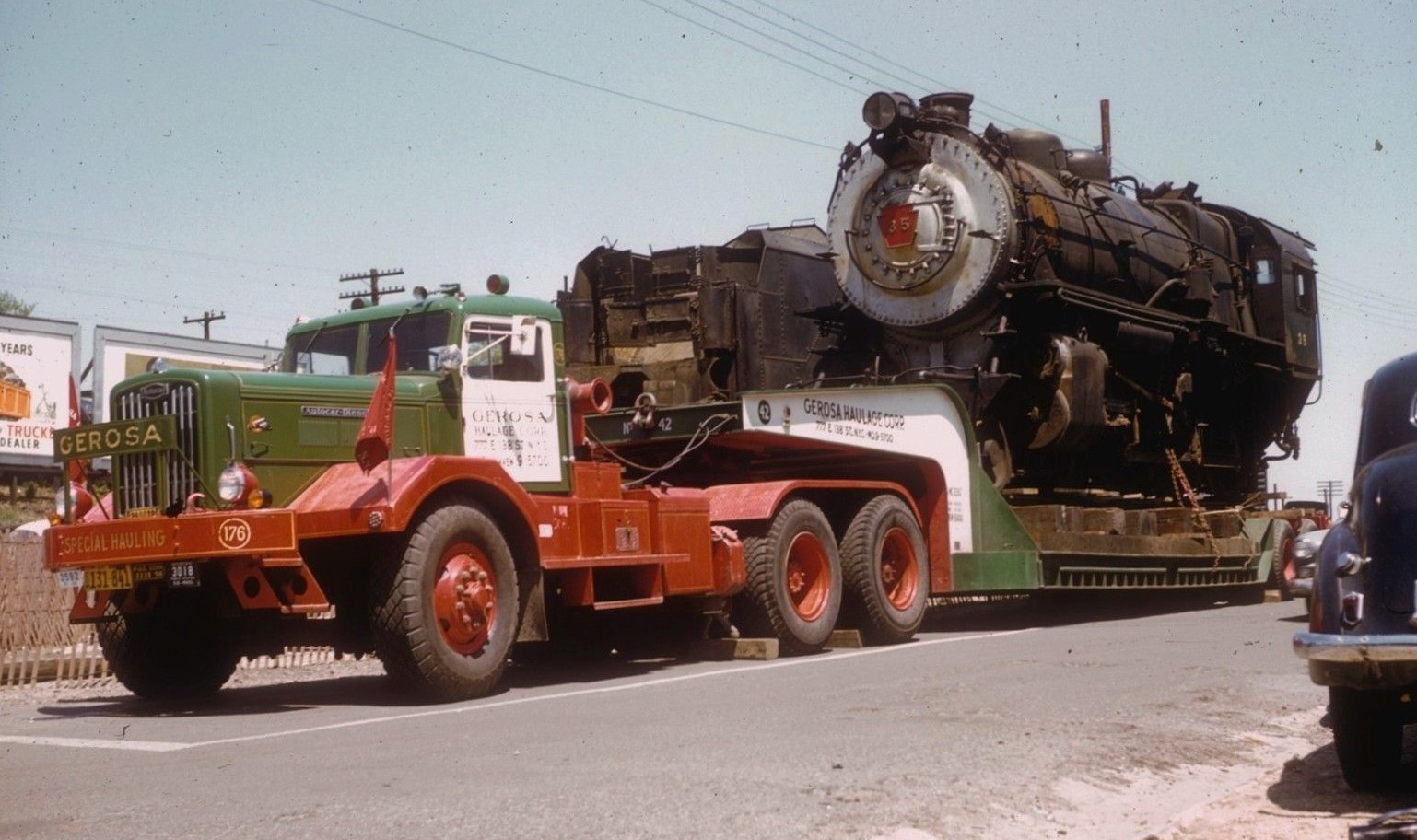 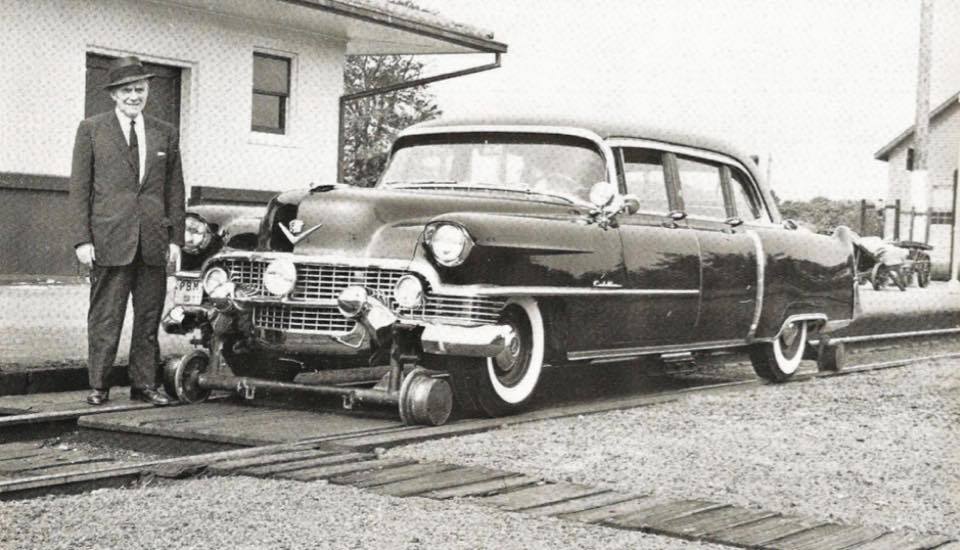 This is more my cup of tea. 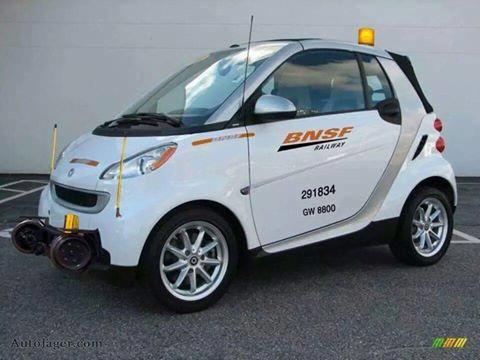 Why is the bolt removed from the front of the engine?

A flooded piston, I guess.

Sleeping accommodation on an old steam lorry. Talk about creature comforts....at least they would be warm with that boiler below them. Though that was still probably a big step up from the old horse and buggy days. 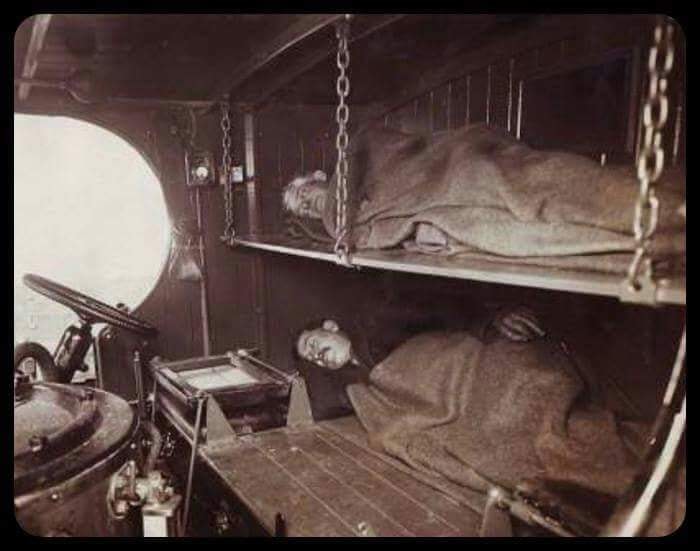 My Grandfather used to drive a steam lorry, either a Foden or a Sentinel, I cant remember. Used to deliver coal in the 9 Elms region of London IIRC.

Oh, how The Mighty have been downsized!

I'm pretty sure it is photoshop or they are running it on narrow gauge, but its still funny.

I'm pretty sure it is photoshop or they are running it on narrow gauge, but its still funny.

YOu are right the width of track looks like narrow gauge. Does BNSF run any narrow gauge railway lines? I have skimmed their website, but everything looked like normal gauge. http://www.bnsf.com/

Or teh contraption is so elaborate that it not only folds the wheels down, but also outward?

Has to be a photoshop. the Gross weight of that is most certainly NOT 8,800 lbs. 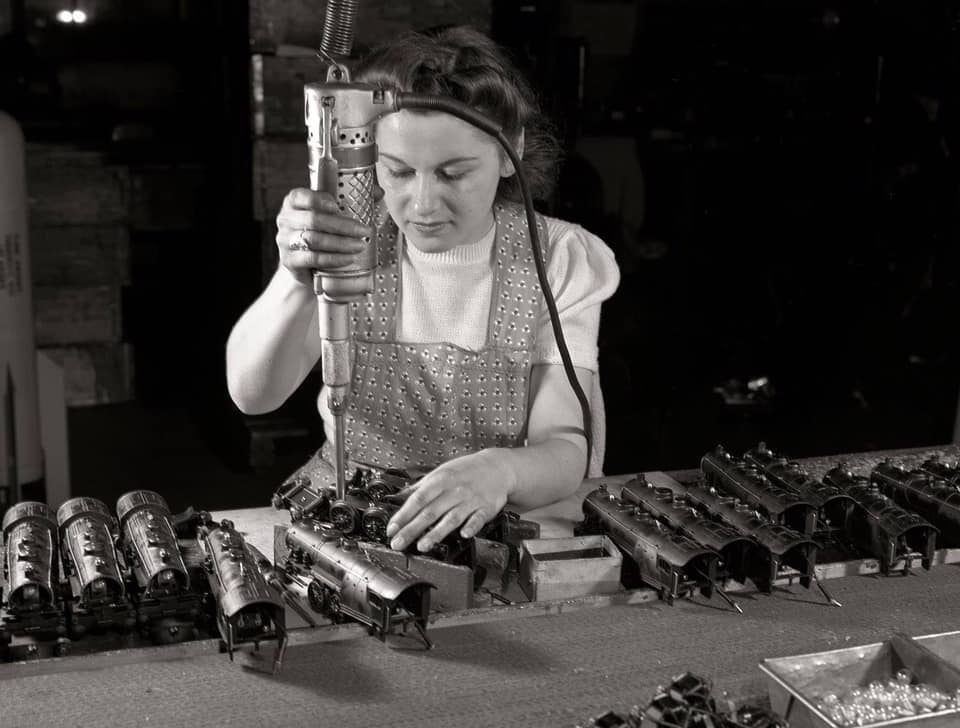