10 replies to this topic

Out of curiosity, is anyone aware of any good references on the Swiss Pz 68 ourside of the usual internet sites?  I've been whiling away my weekends rereading my references on cold war armor and with the exception of the Type 74 the Pz 68 seems to be a black hole for information.  I'd be fine with books not in English but certainly there has to be something out there, right?

Nick did a couple of videos on the 61 and a few mentions of the 68 appear as I recall https://www.youtube....h?v=8xJz6Vy6Rvg

Thank you!  I have the AFV profile but not the other references.

IIRC it was inside a very cramped tank, with lots of small problems all around, and very expensive in the end.

Not sure from where I got that … maybe some old "Truppendienst" leaflet?

I didn't find the 61 to be excessively cramped, I don't think the 68's extra systems took up that much room.

But the commander's seat is really a disaster.  No seat, much more an oblique half small board without backrest. I found that remarkable. 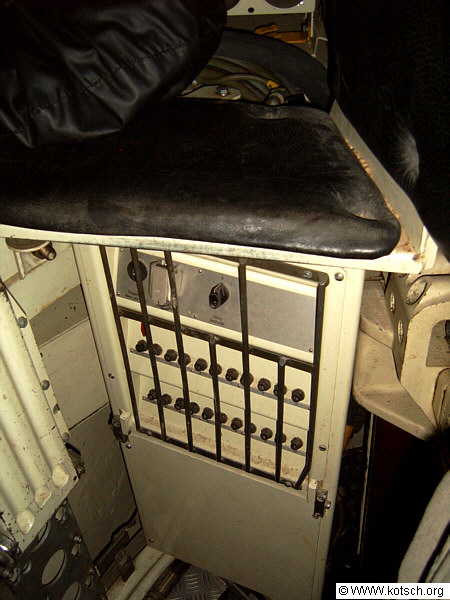 Mmm. I don't recall specifically looking for it, but as I check my Pz61 video, there appears to be a folded-down backrest behind me as I'm sitting in the TC's position, folded down to access the grenade or flare racks (Can't recall which). It's not big, but it's there.

But the commander's seat is really a disaster.  No seat, much more an oblique half small board without backrest. I found that remarkable.

I searched my archive.  In a photo from a manual, I saw a removable little backrest.  It was pulled out and was stuck in the back of the turret.  There was none in the Panzer 68 I was sitting in, so, this backrest must have been hidden somewhere. I should have taken more photos.

In his video, Nick wondered about the suspension on the Pz61/68 - I found some material about it in both Ogorkiewicz's Tank Technology and a series of old International Defense Review articles by Shreier called "The Modern Battle Tank"
Ogorkiewicz lists both total suspension travel (compression to the bump stop and rebound) for a number of modern tanks and the more important number of compression travel to the bump stop.
Shreier liked the disc compression suspension but talks about it's mixed bag of characteristics, since the suspension response is different than torsion bars, he calls it "heavily damped" in comparison.  Thus Shreier says:
Finally, Shreier thought the suspension system had great promise, but bad timing.
I am neither a tank suspension expert nor do I play one on TV; I just know what I read in these articles but I thought it might be some interesting material to add to the Pz61/68 discussion.