A new thread for Chinese aircraft. The other "China's peaceful rise" can still be used, but I figure to leave it for just more specifically military related activities since activities can more easily attract geopolitical discussion than just straight tech of some items.

Some recent pictures of a J-20 numbered 2021 that is said by observers to have different engines called WS-10B installed. 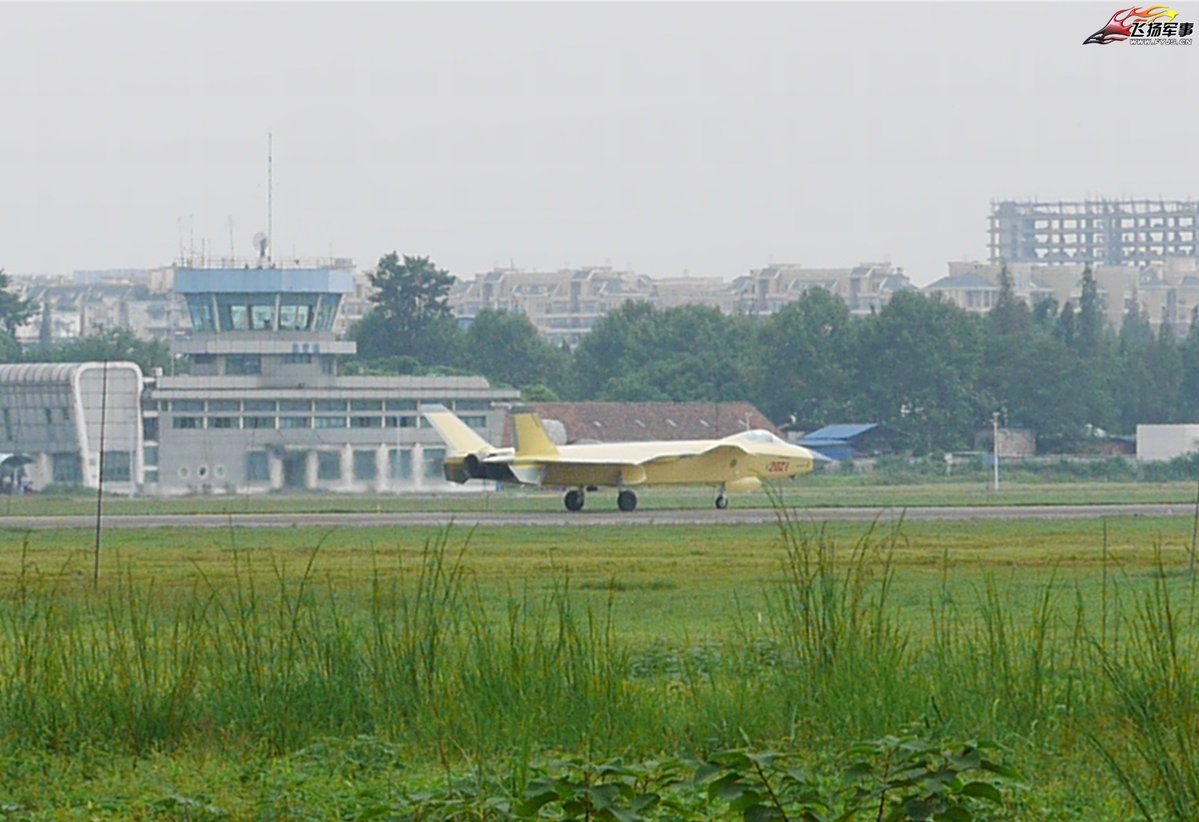 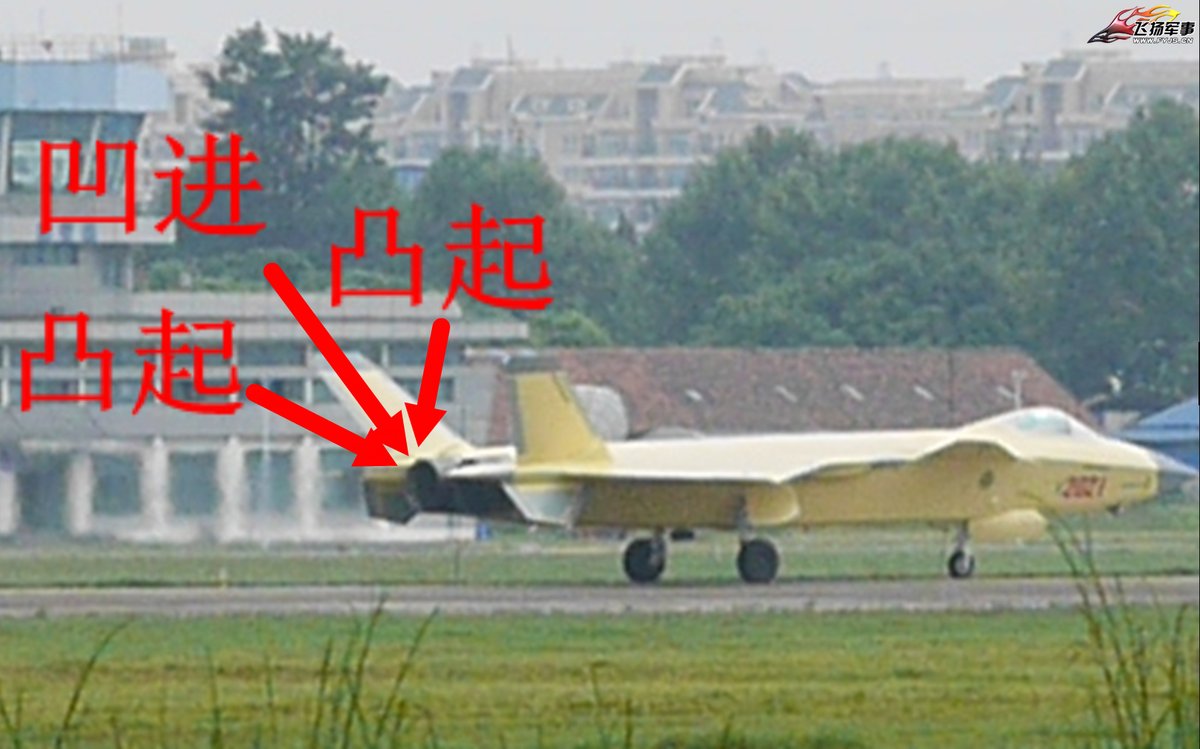 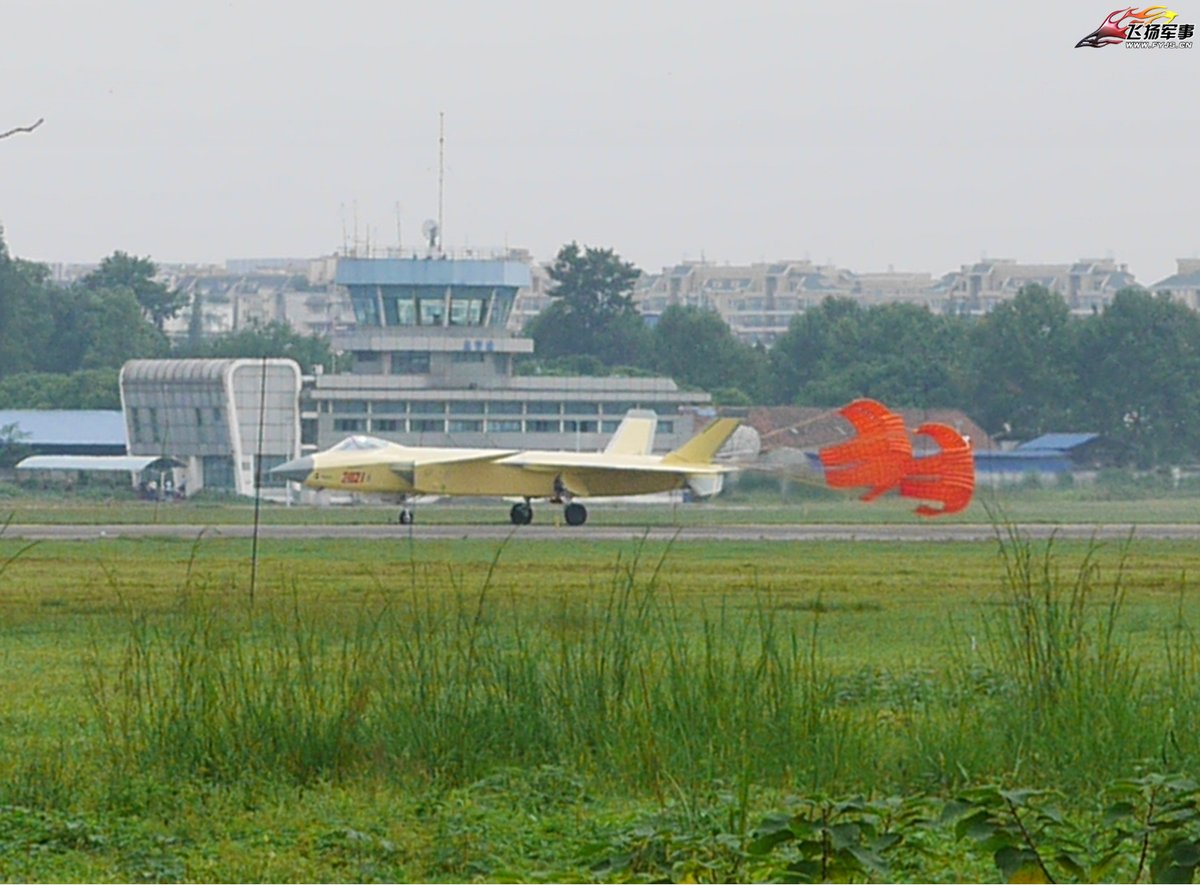 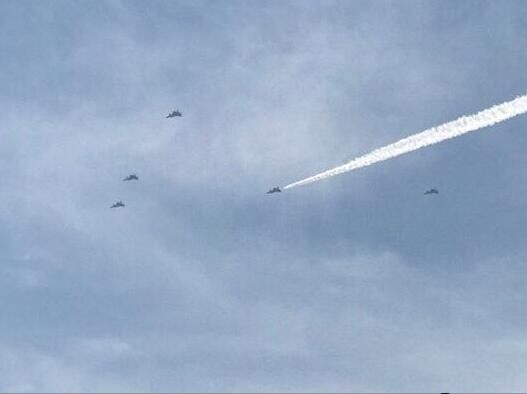 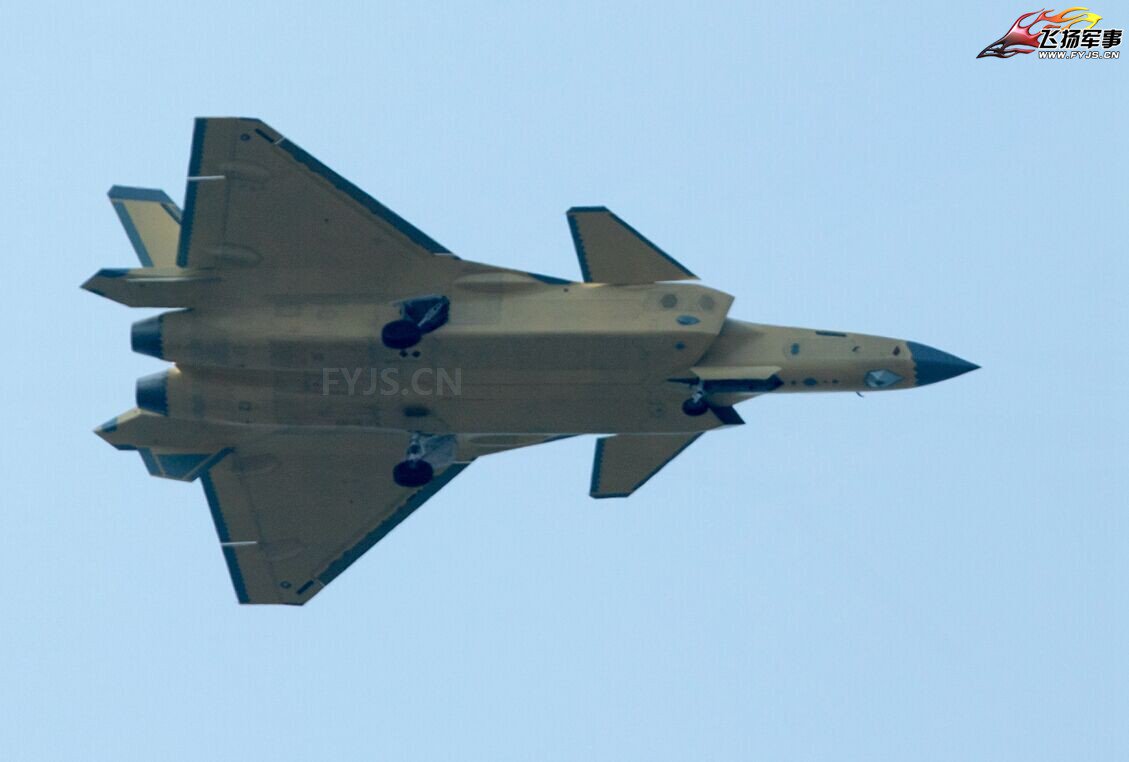 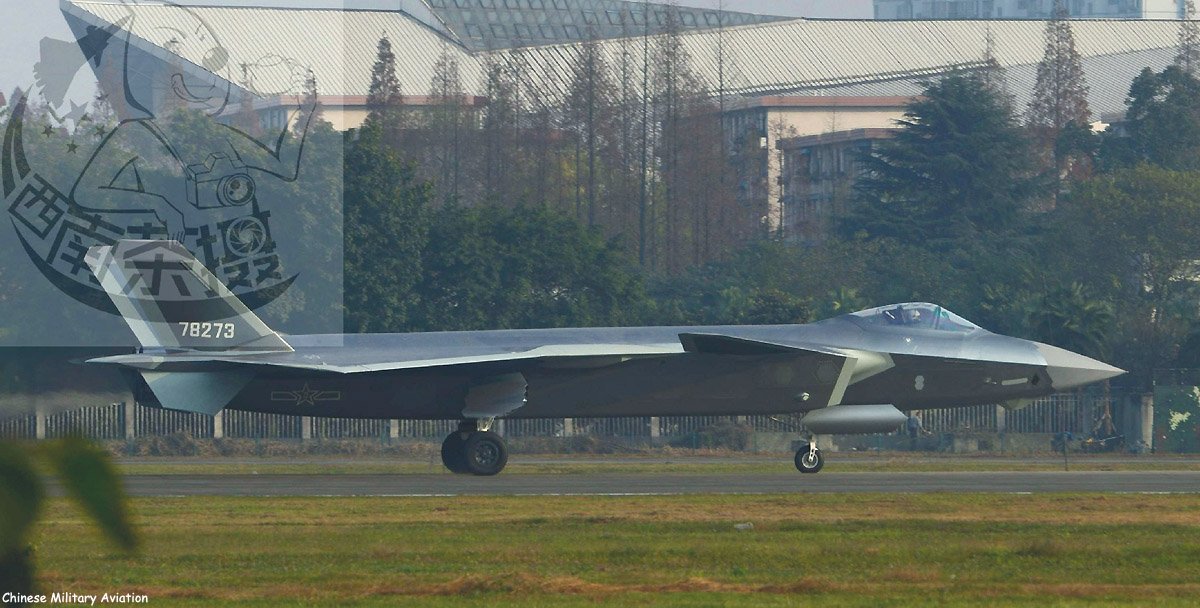 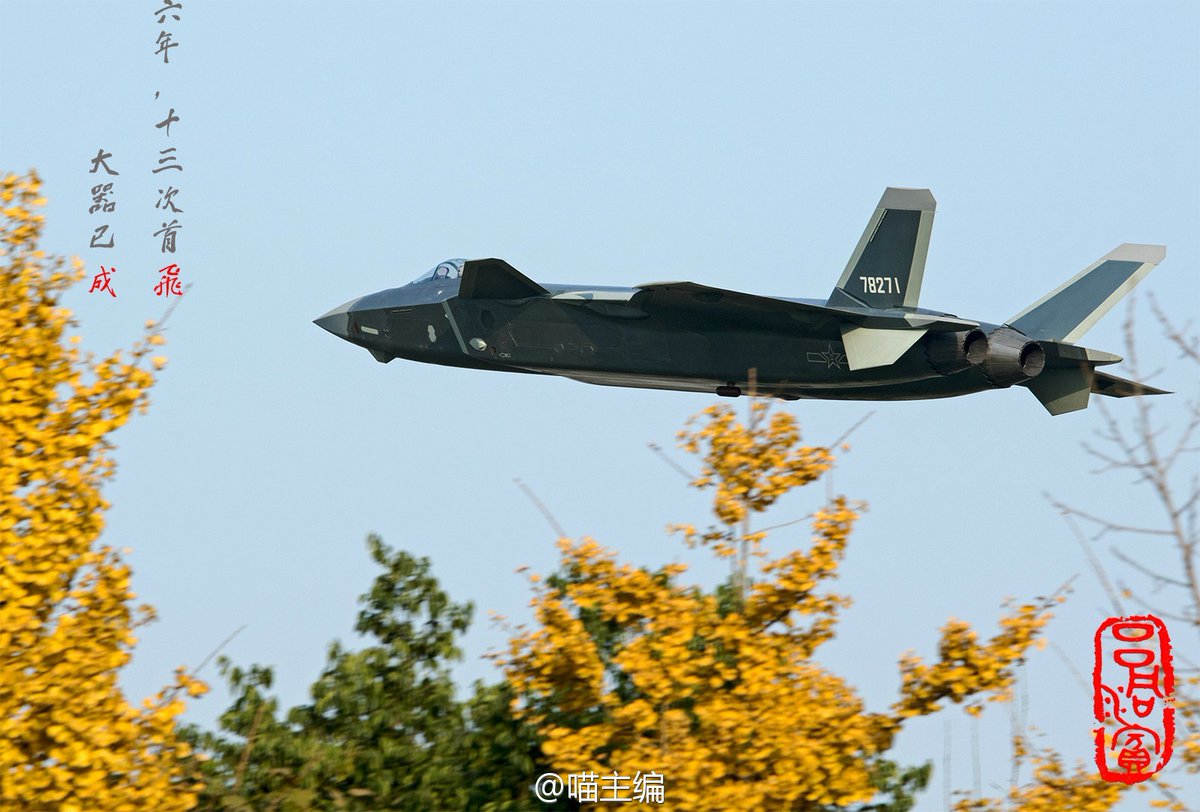 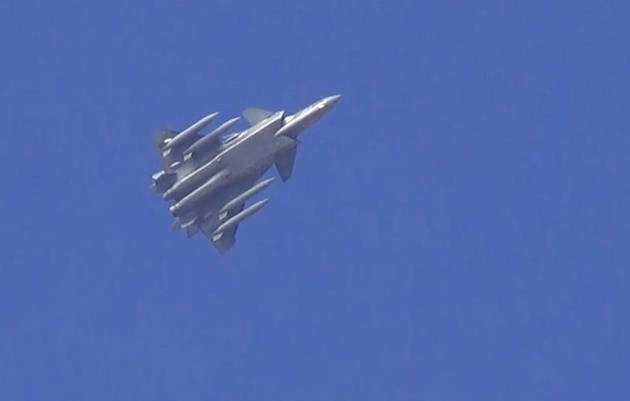 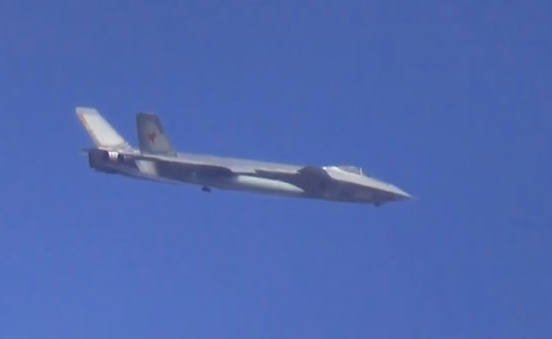 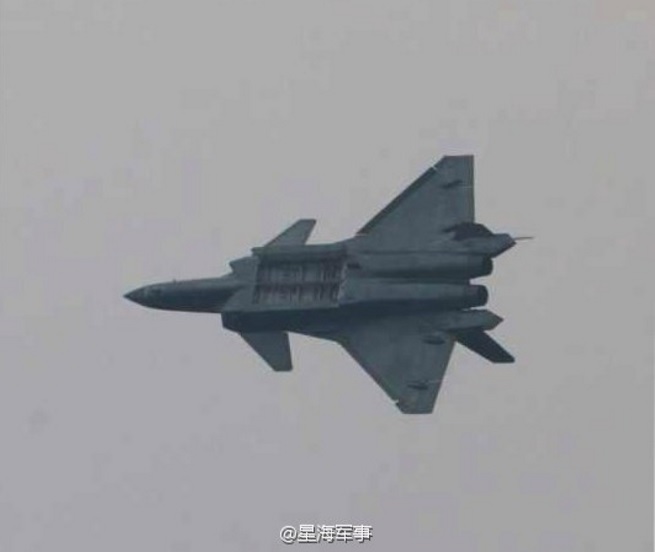 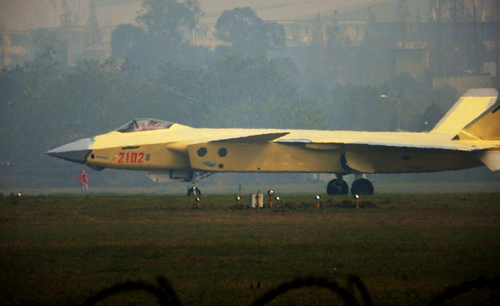 Also from the same webpage is this photo speculating that it was J-20s (either real or mock-up) having its stealth levels being tested. 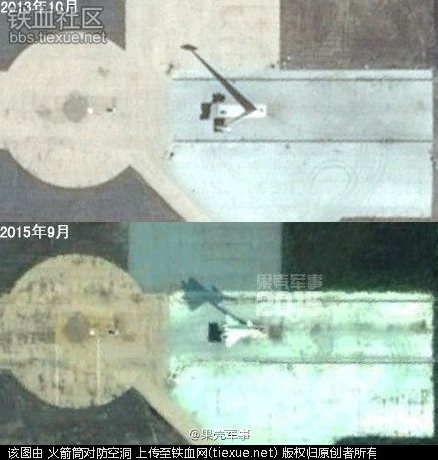 And some eariler prototypes of J-20 which the aircraft may extend back a few years depending on the prototype numbered aircraft. 2017 being a late prototype and 2001 likely being the first prototype. In the spoiler 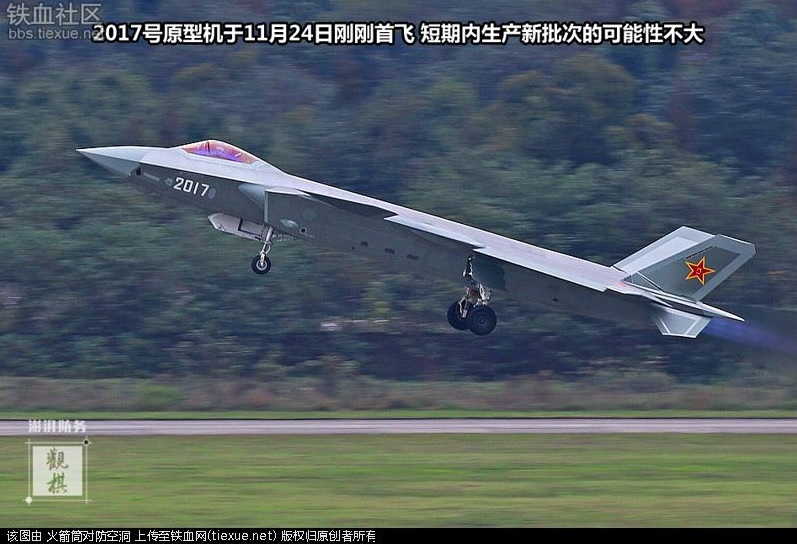 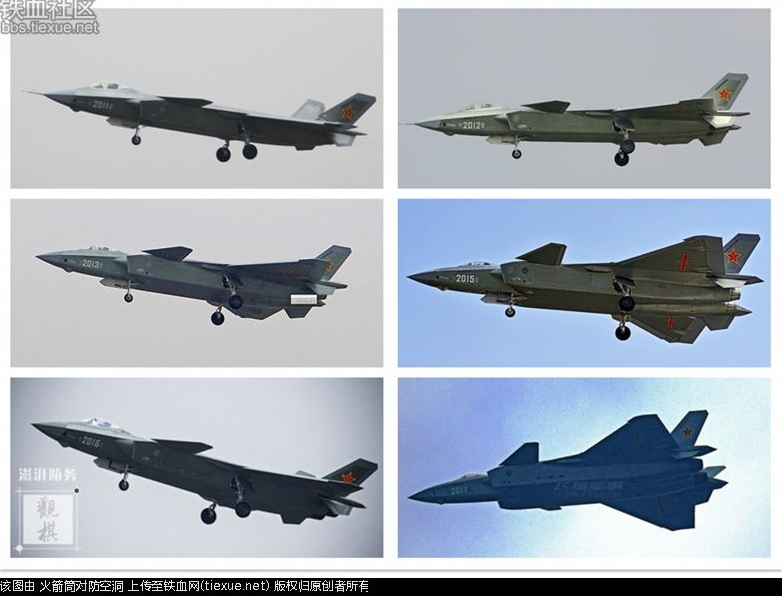 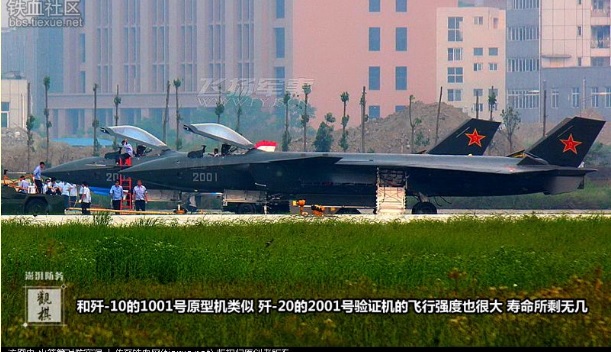 I wonder what they are flying we have not seen.

Hope nothing happens to them...

It's a sounds business model. You hack the Russian Mig corp servers, steal ALL the plans for the Mig 1.44, Stealth it up, and Voila J20. Nice range btw, seriously big fuel capacity.

Also fun, and something Americans really don't talk about enough, how China hacked Lockheed Fucking Martin and stole ALL THE FUCKING BLUEPRINTS to build the F35.  Jason man, why not post pics of the J31 or whatever they calling it now. It's the F35 with twin engines. Lockheed admitted the hack. And China turned it into a flying product in very fast time. As far as I've heard no-one is being held accountable for what might be the second largest espionage act against America in modern history, biggest of this century.

This breach explains *some of the delays the F35 is experiencing. Hopefully(truly) the Chinese spys only took data, and didn't insert anything into the uncountable lines of code. But they probably did. Brits were putting back-doors into the products made in Hong Kong, why wouldn't the Chinese follow suit? ​​I'm reasonably confident that the F35 will still work for colonial type ops, like Italy vs Ethiopia, as long as China doesn't side with the underdog and provide weapons tailored to the F35. 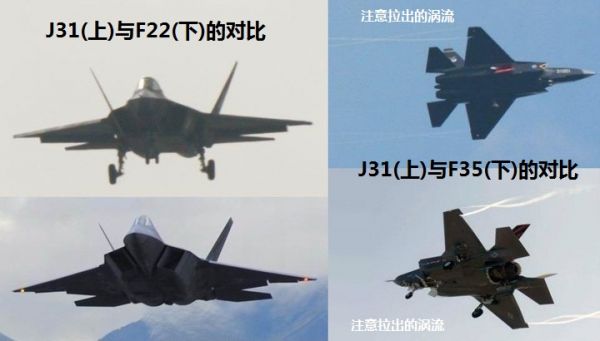 The Byzantine Hades hacks – the code name given to the attacks by U.S. investigators who traced the hacks back to a specific unit of the Chinese People’s Liberation Army first revealed by Wikileaks – have also targeted other programs and “cause serious damage to DoD interests,” according to a top secret power point presentation. The Chinese hackers were also successful  in obtaining data on the B-2 stealth bomber, the F-22 jet, space-based lasers, missile navigation and tracking systems, as well as nuclear submarine/anti-air missile designs.

why not post pics of the J31 or whatever they calling it now.


There are many aircraft to put up. I just went with J-20 first since the new engines was a recent development. There were some new pictures of the version 2 of of J-31 but seems less affirmative as to the nature. But they'll get posted in time.

Its a very large a/c. I wouldn't expect it to win any races in energy or cornering, even with new engines. But I bet it has a long range. Looks like it has some kind of internal laser designator in the nose? I never noticed that before.

Its a very large a/c. I wouldn't expect it to win any races in energy or cornering, even with new engines. But I bet it has a long range. Looks like it has some kind of internal laser designator in the nose? I never noticed that before.

It looks like the same kind of prism on the F-35 or are you referring to something else? ISTR asking about that very same thing to which you actually responded saying that it was an internal laser guidance sort of thing and you went on saying that something to the effect like regular aircraft having the guidance pod outside the aircraft, like on the wing or something, but it is internal on the F-35 for the sake of making it stealthy. Well that's what I recall

Yeah, the prism. The v shape is pretty common in EO/IR window glass that has to be stealthy; SLAM-ER, NSM, etc also use that shape. I assume the optics need a flat continuous surface so a two dimensional wedge is the only shape that works to still reflect radar radiation away from a hostile emitter.

If you asked me about the F-35, then yes I probably did say that.

On the F-35 its basically an internalized Sniper pod and I expect that's what we're looking at here. But that's notable in that it implies PLA expects this platform to be a fighter bomber and not an F-22 analog.

That size pushes it toward a bomber (or, 'strike') category.  A '21st century Canberra' perhaps?

Well its absolute range will be driven somewhat by fuel efficiency as well. The F-22 and F-35 have similar fuel numbers listed above, but while the F-22 can super cruise the 35 actually has a significantly longer combat radius (I suspect this is one engine vs two and total size/weight of the a/c).

So I'd be pretty careful with range estimates for the J-20, but it clearly is intended to be a fighter bomber with a possible interceptor secondary role. Its not going to be turning and burning with that size and weight.

What anti-ship missile could fit inside J-20's bays? China has a new large and heavy anti-ship missile called the YJ-12 but its meant for the H-6 and maybe JH-7. Don't think J-20 will be able to externally mount YJ-12. Also, not sure if YJ-12 is in full operation yet.

Pretty sure the YJ-12 has been operational for some time, but I think its limited to surface launches and H-6K. I believe the JH-7B will have the payload to carry two, but I think the JH-7A can't take the load.

I'm not very familiar with PLAN missiles; perhaps their version of the Klub would fold up enough to fit in there?

I guess that would be the YJ-18. Looks like they have only a naval and maybe a ground version for it.

I was just thinking that one might be easy to work into a bay because it already folds up into a torp tube, but it is a long weapon that might not fit in that dimension. I'm not aware of an operational AShM that folds actually.

Hadn't thought of the weapons bay dimensions. Would be useful in the attack if the ships had less warning time due to the lower aircraft RCS. Could have changed the Falklands.

If I'm not mistaken, they also have smaller AShM (still a bit bigger and heavier than Harpoon) that is the YJ-8 series. YJ-8 and YJ-81 (air version) are older with rather short ranges (40km and 80km respectively). The export version is called C-801. The YJ-82 being a submarine launched version. A development based on those is the YJ-83 (some places seem to be calling this the YJ-82 by mistake) which has a longer range. Export version is the C-802.  So the YJ-83 could probably be put on hardpoints on J-20 if they really wanted to.