30 replies to this topic

The large-scale procurement of new firearms in Estonia was hit with a setback on Thursday after the Ministry of Finance's extrajudicial Public Procurement Review Committee annulled the decision awarding the contract to a US arms manufacturer because the state was unable to refute claims by a competing bidder that the state turned a blind eye to some issues that came up during weapons testing. According to daily Postimees, a non-commissioned officer (NCO) of the Estonian Defence Forces (EDF) who was part of a nine-member team of Estonians to participate in verification testing at the Illinois factory of the Lewis Machine & Tool Company (LMT) last August wrote in a letter to the Commander of the EDF afterward that some issues that came up during testing were not recorded in the protocol. For example, among other issues, it was not noted that the firearm's stock and optical sight broke when dropped from a height of 1.5m.

Last Thursday, the Review Committee sided with the state regarding all but two claims — the committee found that, based on its own rules, the Estonian Centre for Defence Investments (ECDI) should have taken into consideration the breaking of the firearm's stock and red dot sight during drop tests, and that it was erroneous to interpret the stock as not part of the body of the weapon.

if this is correct, HK seems to be quite expensive

According to Postimees, the LMT offer was the cheapest from three manufacturers at €22.7 million, with Sig Sauer Inc.'s at €27.6 million and Heckler & Koch coming in at €45.5 million.

The offer of LMT achieved 99.3 points in the appraisal and was the most favorable in terms of price, life cycle support and guaranteed number of shots. A test shooting of the weapons organized by the EDF demonstrated that the accuracy and precision of all the weapons met the requirements set out in the terms of the tender, and there were no significant differences between them.

A firing test in March made up 10% of the overall appraisal score, with the guaranteed number of shots throughout the weapon's life cycle accounting for 20%, useful lifecycle of a weapon 30%, and the price, 40%.

The ECDI tender to buy new 5.56mm and 7.62mm automatic firearms for the 1st and 2nd Infantry Brigades, and eventually for the entire operations structure of the EDF in 2019-2021, was announced in June 2017. A total of 16,000 arms are to be procured to an estimated value of €22 million, it is reported.

Shut up and pay HK.

they really are the Apple of the gun world...

too bad the G36 was not in the competition, because latvians, lithuaninas and estonian SOF is already using it. but seeing HK price policy....

That seems expensive even for H&K. Norway recently ordered a batch of 11 000 HK416s for 22 million Euro, but I suppose it might be cheaper for us since the weapon is already in use with the armed forces, and because there is a framework agreement with H&K.

HK has gotten very good at playing the procuremenyt game and does it better than most. They are aided and abetted by piss poor project managers who are inept and spend all their time CYA. The product is OK but they are superb at navigating government bureaucracy. Most military PMs have limited actual subject matter expertise and nobody understands that parts are consumables. Militaries generally are very poor shooters as a whole and officers tend to be worse of all.

HK has gotten very good at playing the procuremenyt game and does it better than most. They are aided and abetted by piss poor project managers who are inept and spend all their time CYA. The product is OK but they are superb at navigating government bureaucracy. Most military PMs have limited actual subject matter expertise and nobody understands that parts are consumables. Militaries generally are very poor shooters as a whole and officers tend to be worse of all.

this for one, they know their way around in big gov bureaucracies as the ymostly sell to police and militaries. Also in a first deal there are normally training, tools and suchnincluded which makes each gun of course more expensive. But yeah, the HK416 is heavy and expensive. It goes bang and killed bin Laden. But otherwise I am not too thrilled wiht the desing either. It was quick fix for a problem the US Special Squirrels had, but provisional stopgap solution have a tendency to stick around. 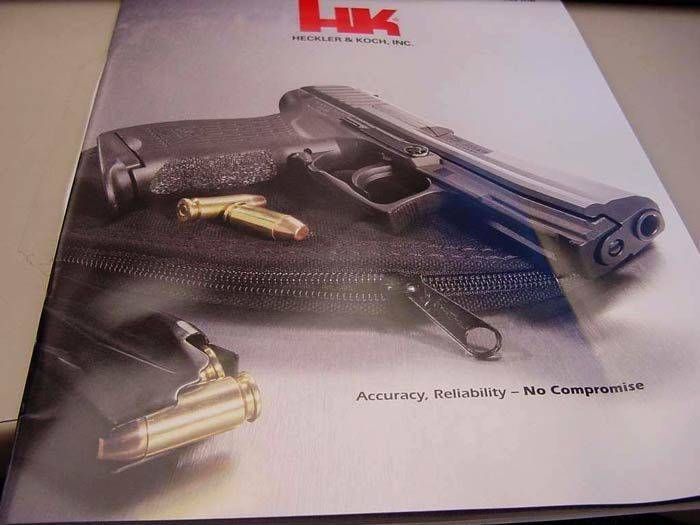 Training tools and whatnot that is a Yootuub video. Licking yourself into HK logistics is dumb.

I shot a very large but accurate Mk23 not so long ago. But HKs are not worth the money they ask.

I think is clearance. For VP9.