roman , the regnum illustration would be useful, if there were a comparable illustration , showing where people CAN go. turkmens and tajiks are not on the top of the lists of visa freedom. nor russia, well, at least compared to baltics.....

btw, the regnum (hyperrushist site as it is ), does it take into account the hundreds of thousands sov. military personnel and their dependents, communist apparatchiky  etc. who were in baltic states in 1991 and who (mostly) left)?

roman , the regnum illustration would be useful, if there were a comparable illustration , showing where people CAN go. turkmens and tajiks are not on the top of the lists of visa freedom. nor russia, well, at least compared to baltics.....

Seems like your theory is not working: Georgia, champion of population loss, was also champion of visa refusal rate
https://dfwatch.net/...ist-89200-28049

btw, the regnum (hyperrushist site as it is ), does it take into account the hundreds of thousands sov. military personnel and their dependents, communist apparatchiky  etc. who were in baltic states in 1991 and who (mostly) left)?

This one's footage is 6 days old, but I didn't know about till yesterday: Six years after Ukraine first found itself embroiled in armed conflict with Russia and its proxies, the country continues to rely heavily on stocks of Soviet-era aircraft, vehicles, weapons, and other military equipment, derivatives thereof, or newish designs that leverage those existing resources in some way. In one particularly extreme example, a recent video clip from the front lines shows that the Ukrainian military is still actively using the M1910 Maxim machine gun, a design that predates World War I.

The video, which originally aired as part of a segment on Ukraine's Channel 5 television network and has been circulating on social media since at least Jan. 31, 2020, shows a member of the Ukrainian armed forces manning the M1910 machine gun in an unspecified location in the country's Luhansk Oblast. Luhansk is one of the Ukrainian regions that declared itself to be an independent republic in 2014 following Russia's illegal seizure of the Crimean Peninsula and the beginning of the Kremlin's support for nominally local separatist forces in the eastern part of Ukraine. Luhansk, together with Donetsk, form a region known as the Donbass, which has been the epicenter of the conflict ever since.

That particular example is made between 1930 and 1941. There were even older ones in use, including WW1-early Soviet one (1914-1922-3 era), and a single pic of actual pre-ww1 production Maxim that have somehow survived until now...

"Revolution of dignity" six years later - no mere dignity, just  another story of international corruption and US-instrumented overthrow of Gov


for some reason Enbglish version is hard to find (at least i failed to locate it) so here is Russian translation
https://www.youtube.com/watch?v=Q7_8-1y108o&feature=youtu.be

Why shouldnt US intelligence services overthrow someone elses government? They tried overthrowing the one at home...

New Minister of Defence of Ukraine (#8 after Maidan-2014). Born in Soviet officer family in Frankfurt-on-Oder in 1955 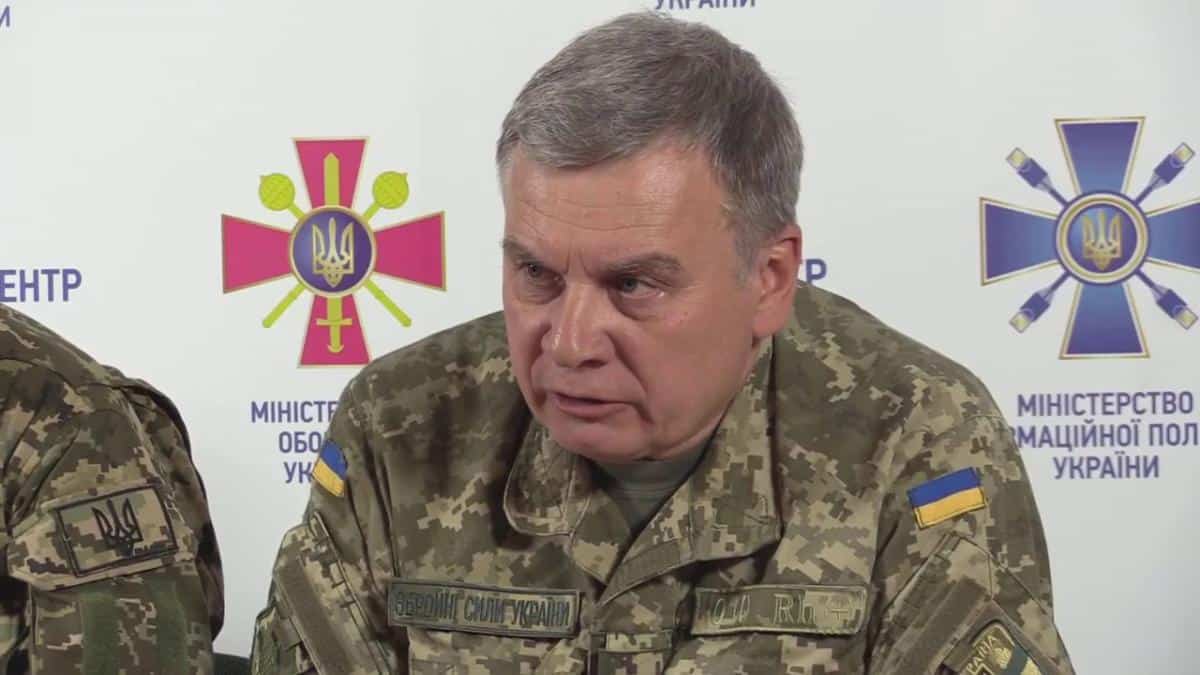 Do you remember massive explosions at Balakleya ammunition depot in 2017? Back then, pro-Ukr officials were blaming it on Rus diversion and even on Rus UAVs, But now real reason uncovered: Ukr Army SOF ("Sarmat" unit) have placed IEDs (decorated as fire extinguishers) inside the depot buildings during "anti-diversion training" and blew them up to cover up large amounts of ammunition missing (UHR 560 mln in monetary value)

Do you remember massive explosions at Balakleya ammunition depot in 2017? Back then, pro-Ukr officials were blaming it on Rus diversion and even on Rus UAVs, But now real reason uncovered: Ukr Army SOF ("Sarmat" unit) have placed IEDs (decorated as fire extinguishers) inside the depot buildings during "anti-diversion training" and blew them up to cover up large amounts of ammunition missing (UHR 560 mln in monetary value)

I've read about that scam in fiction; Never seen it used in real life till now.

Rus propaganda. All Ukranians and esp Army are patriots, not thieves.

Rus propaganda. All Ukranians and esp Army are patriots, not thieves.

"Conflict between Acting Director of the State Bureau of Investigation Iryna Venediktova and head of (presidential) "Servants of the People"  fraction of  Rada (Parliament) of Ukraine, David Arakhamia, is raging. The scandal went public after January 20, 2020, on live air of the program "Freedom of Speech" on ICTV channel  Arachamia spoke against the appointment of Kharkov's lawyer Alexander Babikov as the first deputy director of the DBR (state bureau of investigations) .

"If you ask for my personal position, I am categorically against ... I will categorically not support such a decision," Arakhamia said, adding that it was only his personal opinion, and the "Servants of the People" faction would form a common position on the appointment of Babikov after discussing this issue at faction meetings.
It is clear that neither the point of view of Arachamia, nor the position of the faction will affect the fate of Babikov and another Venedictova deputy, Alexander Sokolov, who were nominated as a result of a fictitious contest. But the real cause of the conflict between Benedict and Arachamia is interesting. According to sources at the President's Office, the "apple of discord" was not Babikov himself, who is accused by journalists of being Yanukovych's lawyer and representing the ex-president's interests in Ukraine after his escape abroad (this is nothing illegal, lawyer's work and is to provide paid legal services, and the citizen Yanukovych is not deprived of the right to receive legal aid), and the situation around Sokolov. More precisely, the fact that Venediktov demanded that Arachamia should curtail the activities of the Temporary Investigation Commission (TIC) of the Verkhovna Rada of Ukraine on the investigation of fire (explosions) at ammunition depots in Ichnia (Chernihiv region), Kalynivka (Vinnytsia region), Kharkiv region), Svatove (Lugansk region), Kryvyi Rih (Dnipropetrovsk region) in the period from 2014 to 2018.

This parliamentary TIC was established on October 31, 2019 to exercise parliamentary control over the course of investigations by law enforcement agencies of the circumstances and causes of numerous explosions at ammunition depots. David Arachamia, the Interim Investigative Committee, heads the committee.

And in the course of the work of this TSC received information that the fires at military depots were not arranged by Russian saboteurs, as it ws told by the General Prosecutor Yuriy Lutsenko, abut by  the soldiers of the special unit Sarmat of the Ministry of Defense of Ukraine in order to hide the shortage of ammunition."

"Struggle for hearts and minds" pro-Ukrainian way: In Kiev advisor for head of National Security council of Ukraine, former stand-up comedian Sergey Sivokha (big man with white hair on video below) who was supposed to present new "Platform for national [email protected] in Kiev, was attacked by small group of Minister of Interior Avakov's  nazis and pushed to the ground, sparking another tour of conflict between Avakov and President Zelensky

one of the attackers 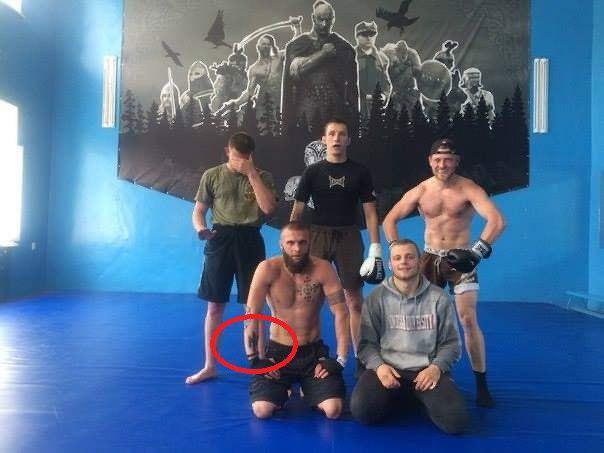 Ukrainian Migrants Said They Were Lured To Germany, Then Made To Work In Squalid Conditions With Barely Any Pay

How Will the Poorest Country in Europe Deal with the Coronavirus?

Let's look how this events are described now by one of most known pro-Ukrainian propagandists in his Facebook https://www.facebook...946217832085150 (my translation from Rus)

"Exactly six years ago, on April 20, 2014, the ATO’s first offensive battle took place - a group of Ukrainian volunteers led by Dmitro Yarosh, angry at the complete passivity of the power structures of Ukraine, who, since April 13, watched helplessly as FSB detachment “Crimea” is securing in Slavyansk, as with impunity kidnap and kill Ukrainian activists, took responsibility. They attacked the terrorists near Slavyansk without any orders - but because they considered it their civic duty not to surrender their homeland without a fight. They ran into the enemy suddenly, the battle was short - as long as the volunteers had ammunition for. The weapons were collected from different sources, with a couple of magazines of ammunition, but this did not stop the brave ones. In a short shootout at the terrorist checkpoint, the driver of the first car, Mikhail Stanislavenko, was killed, and the driver of the second car, Yaroslav Antonyuk, was seriously wounded. Ours destroyed three mercenaries at a checkpoint. It was a real feat of Ukrainian volunteers. The time will come, and this day and its heroes will be immortalized in the history of the state and in every school textbook."

How media was responding 6 years ago http://euromaidanpre...-internet-away/

Nobody remembers or cares. Ukraine, Donbass are all forgotten. For now. Now the enemy is Chynah!

Nobody remembers or cares. Ukraine, Donbass are all forgotten. For now. Now the enemy is Chynah!

Well, it is true for significant extent. If we look at it in short term perspective, Russia had weathered the storm and West (if it is still possible to talk about "West") is now busy with other conflicts. Another question is if this situation (starting conflict with growing superpower China without finishing local power Russia first) is result of Western politicians mistake - or it is result of China growing so fast West was not able to delay conflict any longer as within few years they will face China with #1 industry, aircraft-carrying navy and presence in 3rd (and not only 3rd) world around the globe...

Still, Western insitutions like Atlantic Council had dedicated too much political capital to simply walk away, so they continue their propaganda efforts

Looking from inside Russia, we still see Russian civil war with significant part of historic Russia occupied by allience of oligarchs and nazis, population of this areas rapidly decreasing due to death or migration, infrastructure degrading leading to danger od disasters (including nuclear ones) etc.