Security Of Taiwan And Senkaku Islands


85 replies to this topic

Yeah, CPTPP, or before that business and such still. International competition still will exists. The only way to satisfy those kinds of arguments is to be a loser or be a communists where everyone gets a fair piece regardless of quantity and quality of work put in. But even with that said, ASEAN in general seems quite comfortable with Japan. Definitely more so than China. If Japan is the worse kind of ally for Taiwan, better move to Taiwan and start campaigning there on the behalf of the CCP. What Russia gets for finding a settlement with Japan is obvious for those that aren't stuck to Russian style aggression.

It's interesting how you are mixing opposing statements in one post. If we believe in "International competition", then  if investing in Russia is\will be profitable for foreign companies, then Japan companies will be among those investing in Russia anyway (completing with others for best position) - see for example Komatsu plant in Yaroslavl. No need  to give away territory for that

And if Japan investments are dependent on territory deal, than all this talks about fair game and international competition are useless.

As I said before, consider my participation in this thread to have ended. Feel free to troll it up like the Ukraine thread.

I'd have thought the opposite was true. But you do disapprove.

By believing in playing Russia against China you're just as delusional as many Western 'experts' who believe the same. Those may be the rogue states, but their leaders aren't dumb. They have no other way than to hang together, or else they will hang separately.

Now, look here. The few troops in the area are second class. They're not front-line caliber, not at all. Do you understand?

Any failure in progress with Russia are plus points for the Balitcs, Poland, the Ukraine, the UK, etc

Somehow missed this point, so let me reply to it now for the record: Actually any deal between Japan (or any Western country) and Russi is in fact deal with Russian corrupt elite collaborated to West - and, by definition, can't be in Russian national interests, unless this corrupt elite is forces somehow to follow Russian national interests.  So, first and foremost, no deal is good for Russia as nation and state - at least untill we are sure our elite is no more dependent on West. If it is also good for Poland &Co - let it be it (but since this countries consider it zero sum game, it is hardly so).

P.S. Another time Hirofumi Sugizaki from Kyodo News asking Russian officials, this time Foreign minister Lavrov, about Russian position on Kuril islands (as for me, he is looking disappointed)

Oh.. still no wave of videos of Russian talking heads, have things changed!?

Oh.. still no wave of videos of Russian talking heads, have things changed!?

Well, if you ask for it:
Russian and Japanese talking heads (with English subtitles)


It's "we all" not "you all" but yeah, but I don't mean harm now, just a little fun, even if maybe I shouldn't 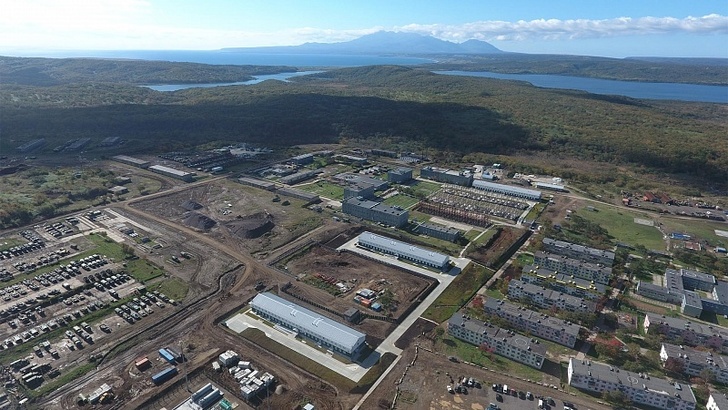 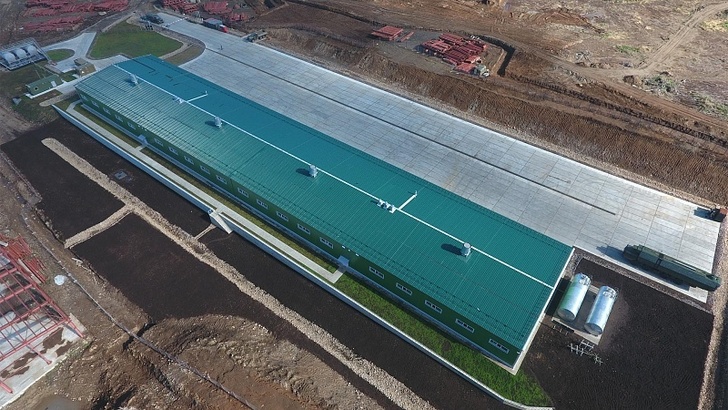 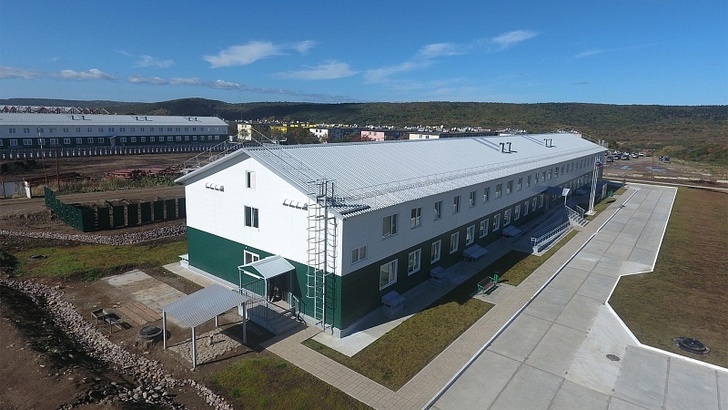 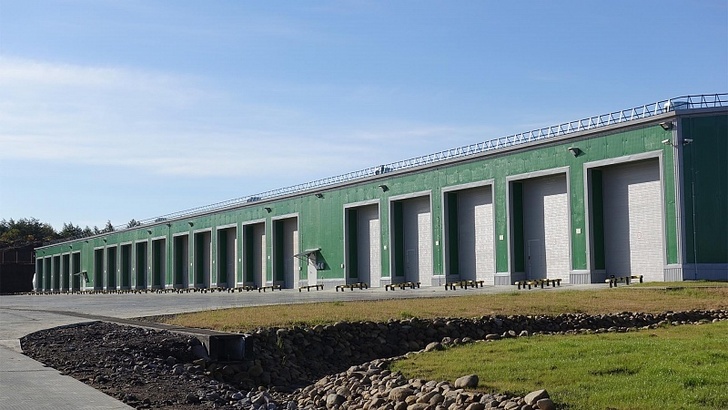 20 big doors. A company's worth of AFVs maybe.

20 big doors. A company's worth of AFVs maybe.

Article says it is for 40 standard vehicles (well corresponding to gates number, as usually vehicles are parked in two rows), 3208 square meters, heated. - in combination with roll-up, not old open-away gates it is significant improvement to winter and bad weather conditions readiness.
Note long vehicle parked outside -

The long vehicle parked outside is not a good sign for Japan and Japanese. 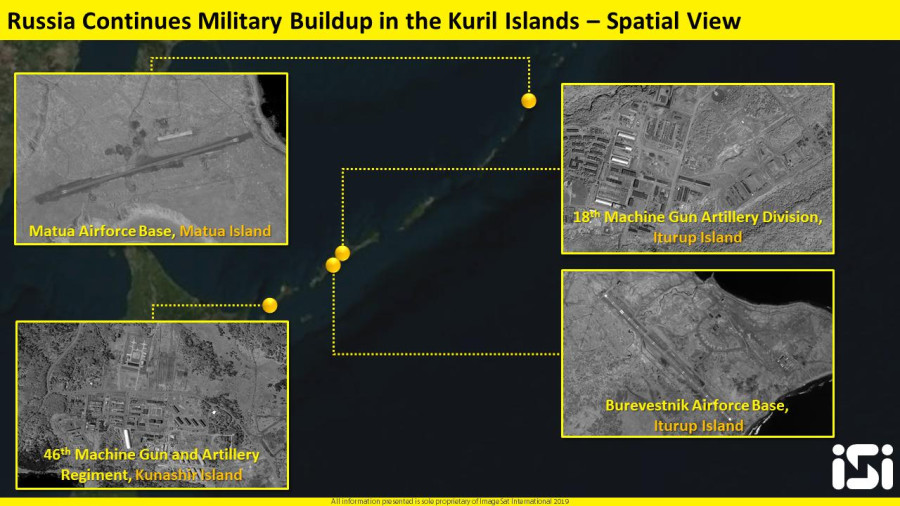 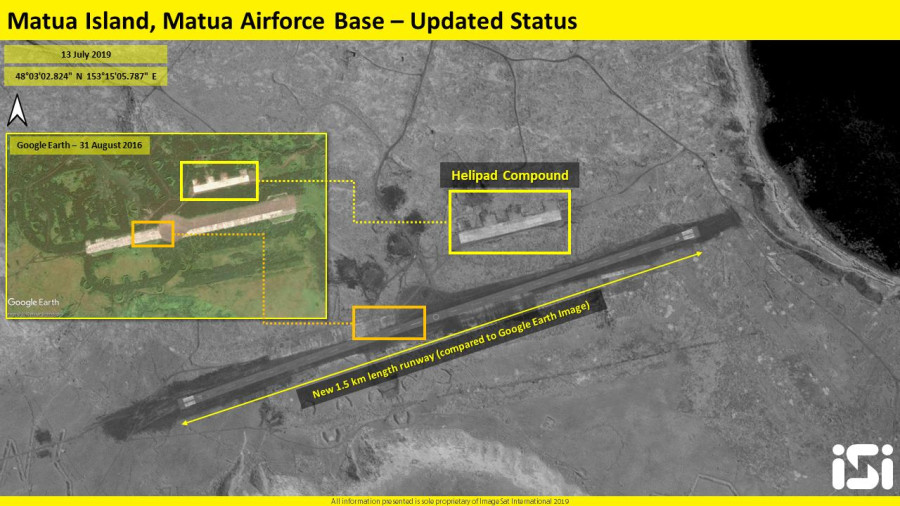 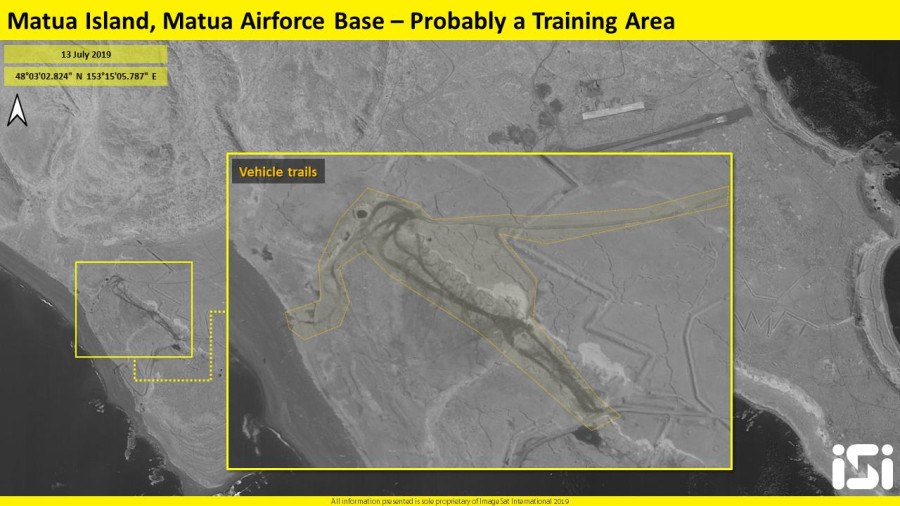 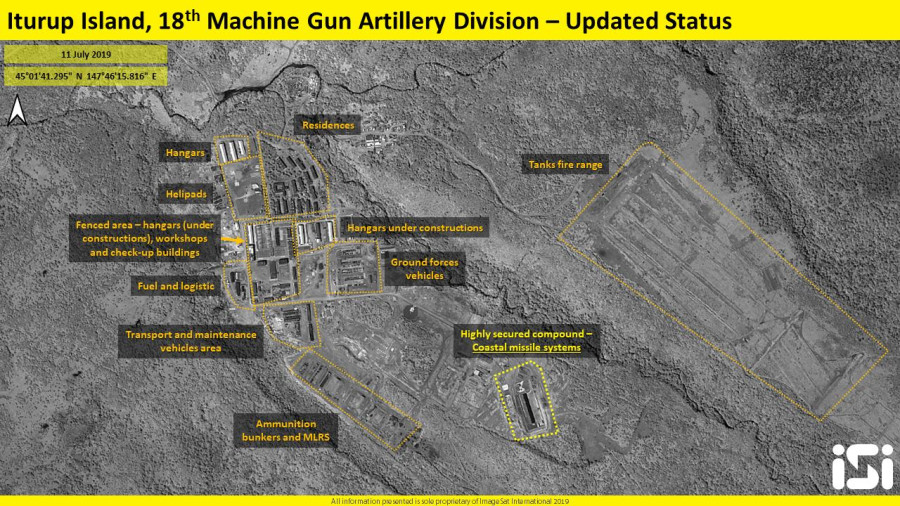 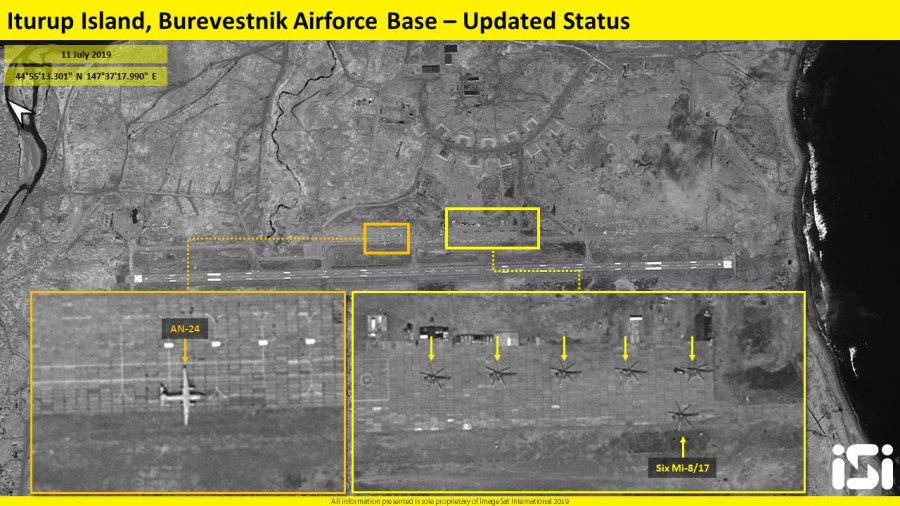 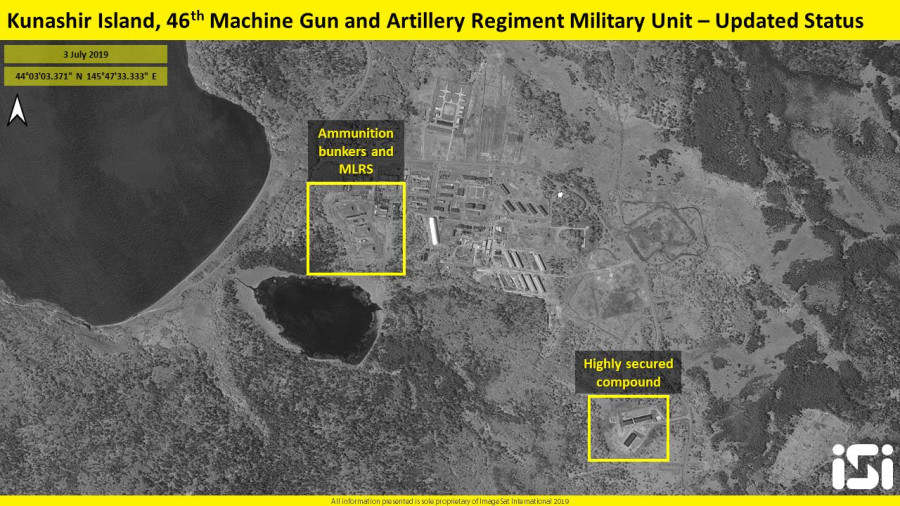 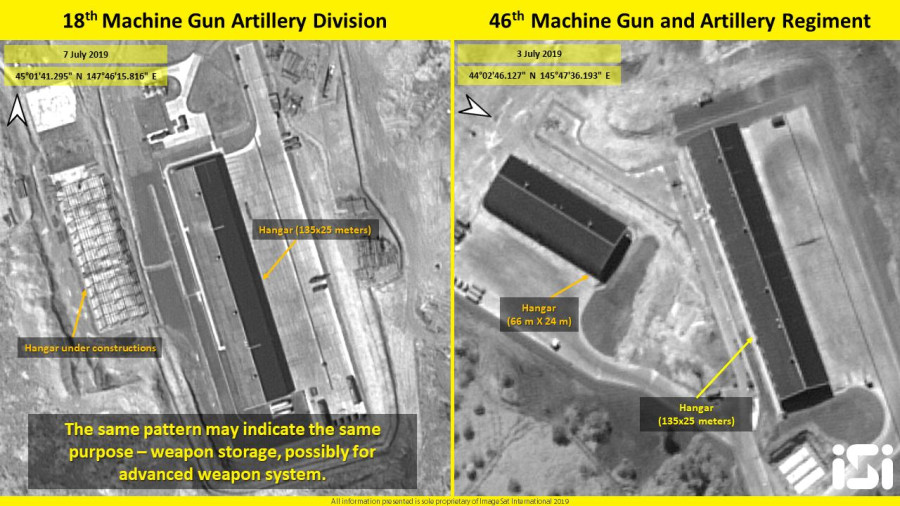 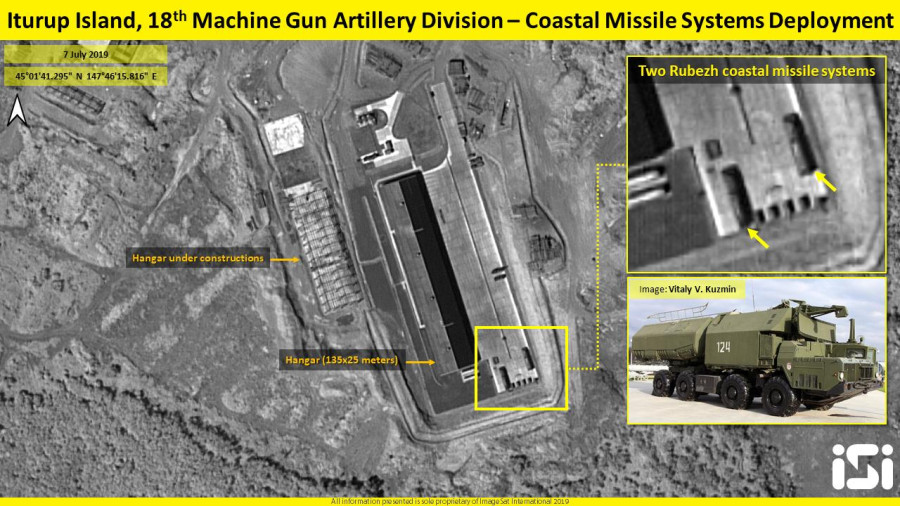 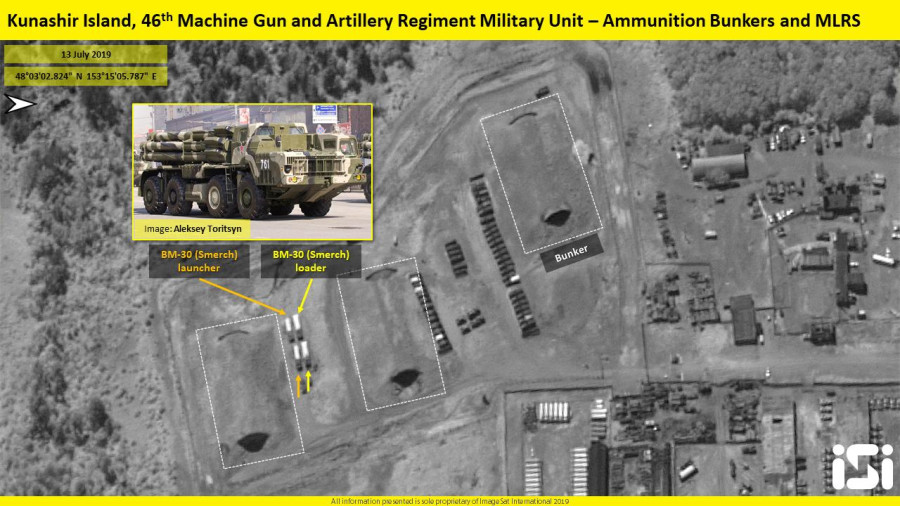 Is "Machine Gun and Artillery Regiment Unit" a direct translation of an official unit designation?